An assassin called Filthy Harry is hired by a shady figure and charged with killing the heroes. The men are framed twice for different robberies by King Kong's new girlfriend, nearly committed to a mental hospital by their devious boss, and forced to battle Filthy Harry's weaponry-laden robot while covered with time bombs. 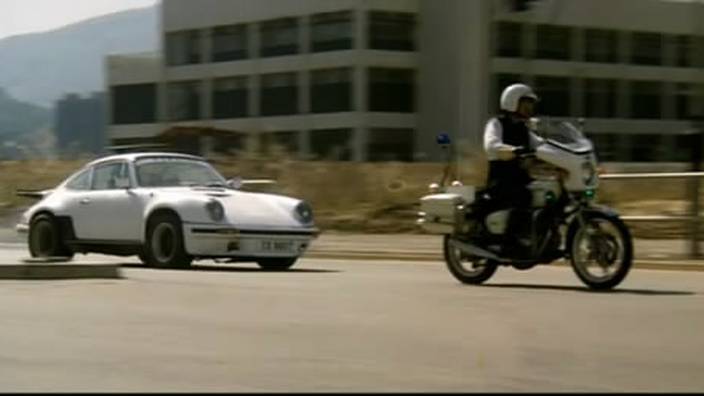 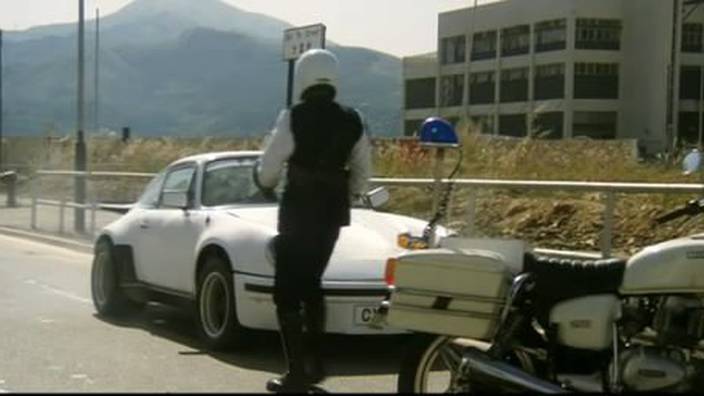 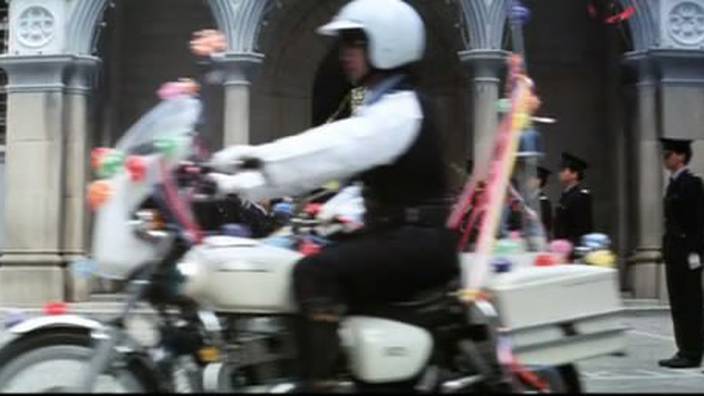 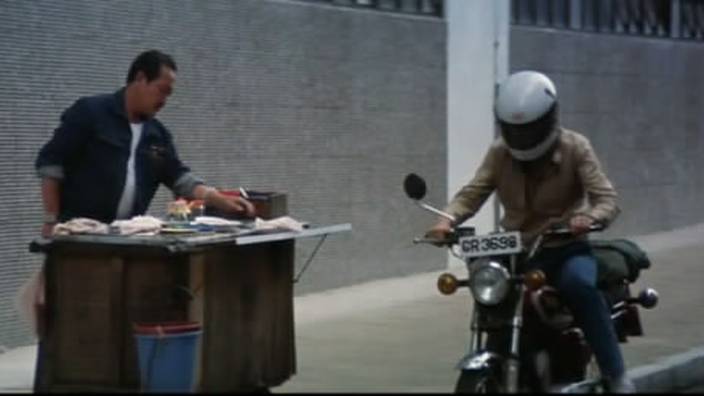 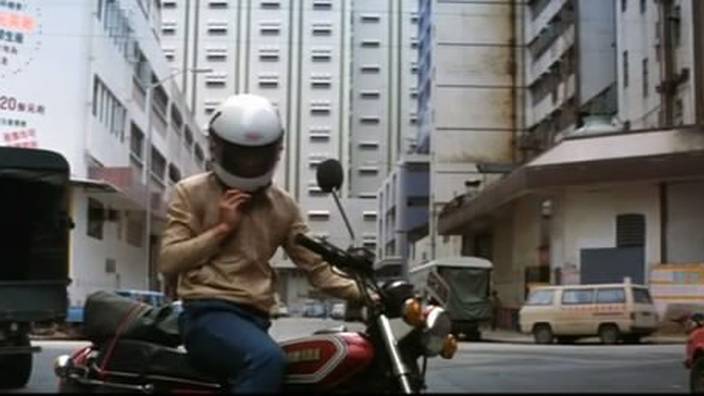 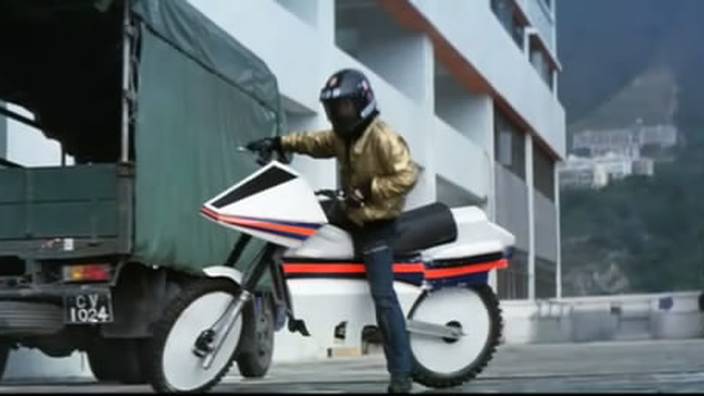 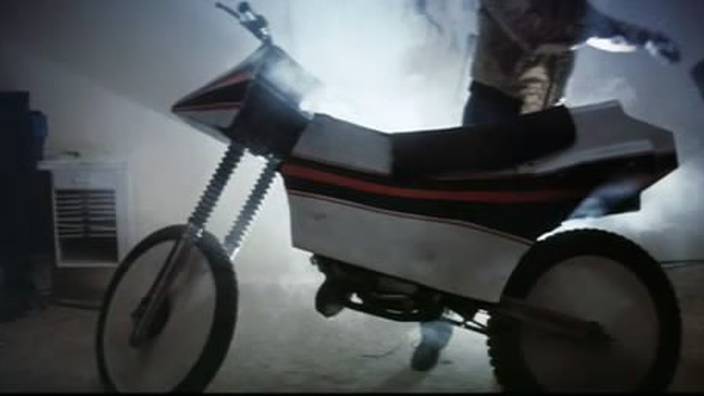 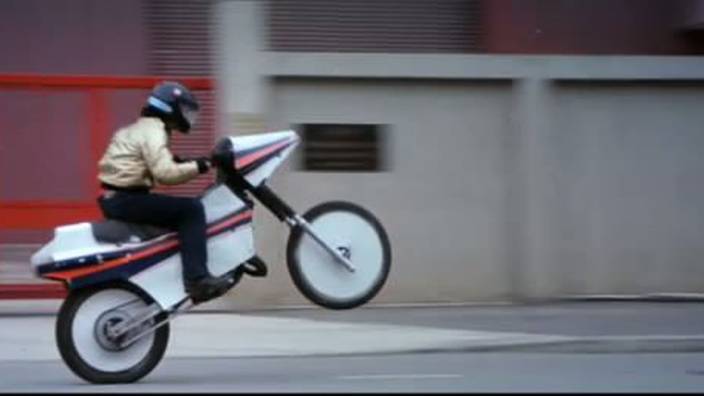 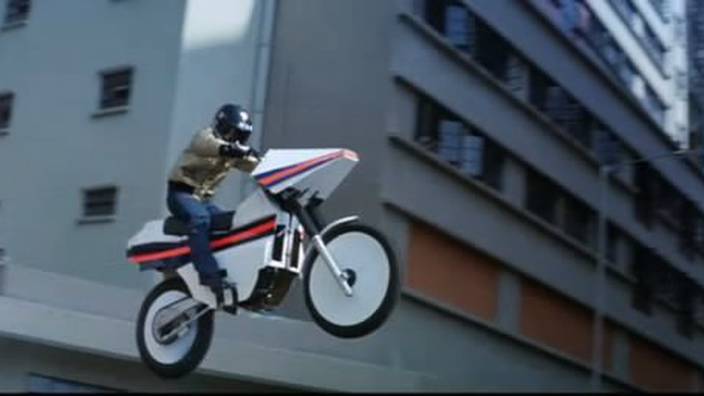 Made for Movie is my guess. I think so, it's too much costumized. Anyway the others six or seven motorbikes (bad boys) are Yamaha. This bike has the same style of front axle fixing as the other bikes in the movie so i presume it is another Yamaha. Probably a TT250. 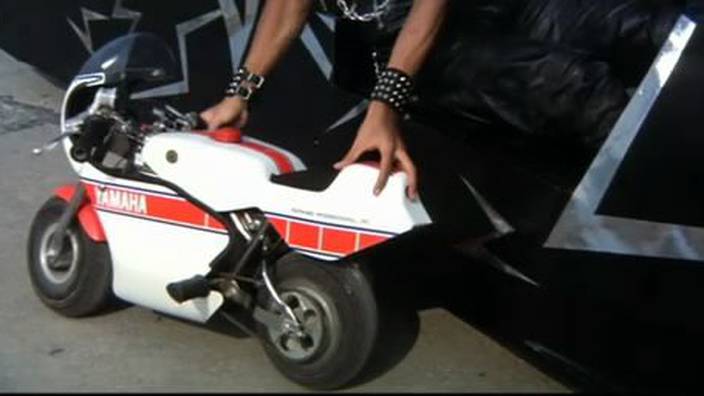 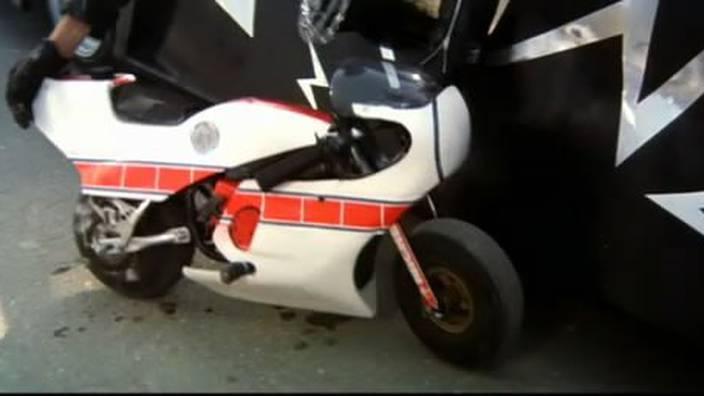 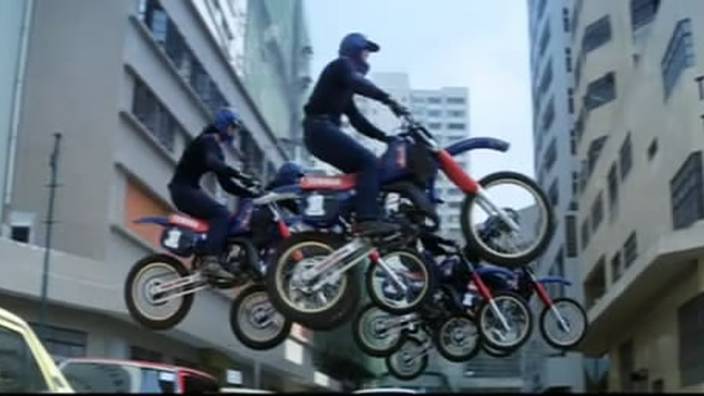 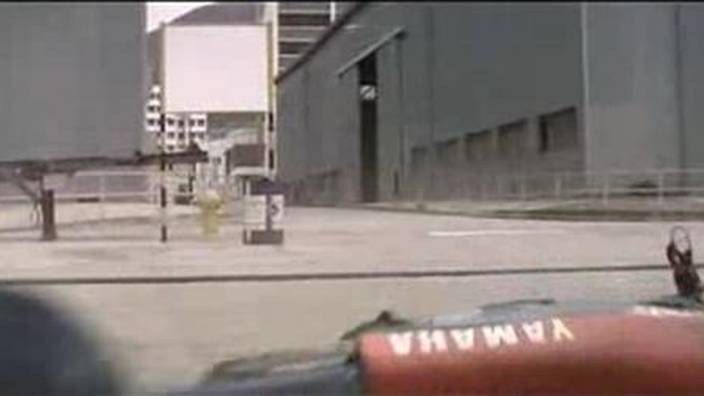 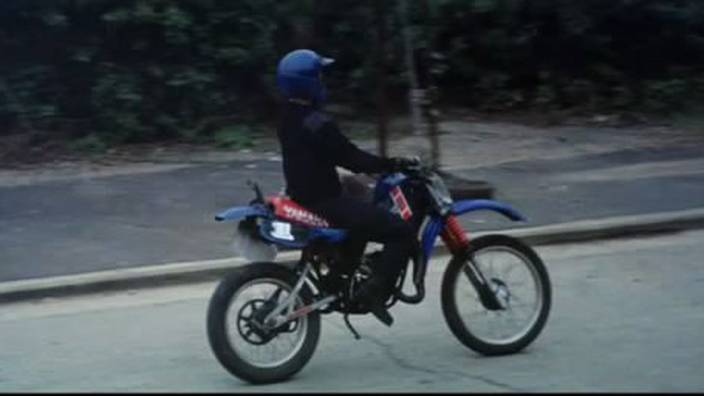 Obviously these 6 or 7 motorbikes (bad boys) crash during the chase vs white motorbike unknown (customized). Here we can read are Yamaha either Honda or Yamaha 2-stroke motocross bikes. 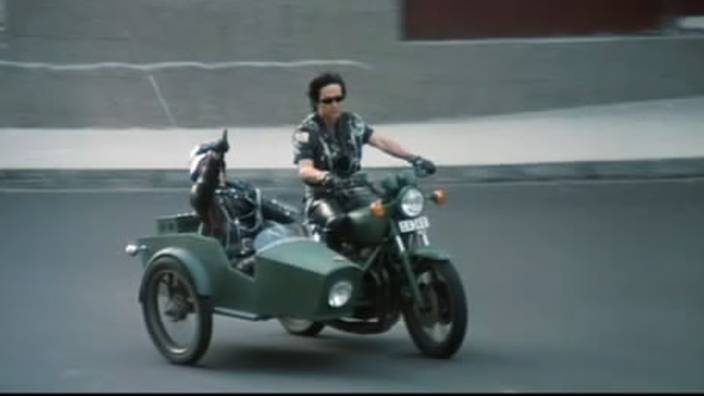 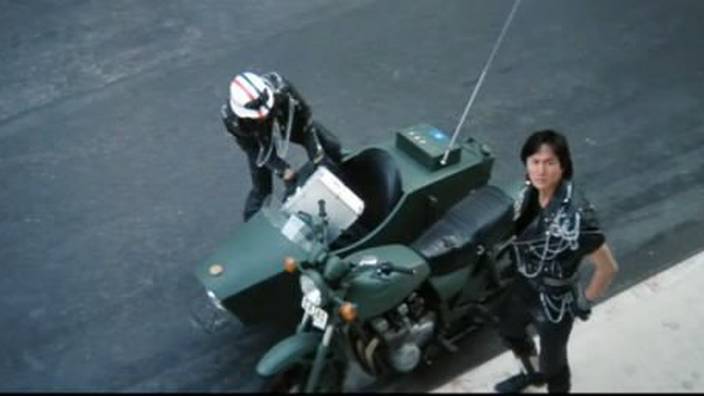