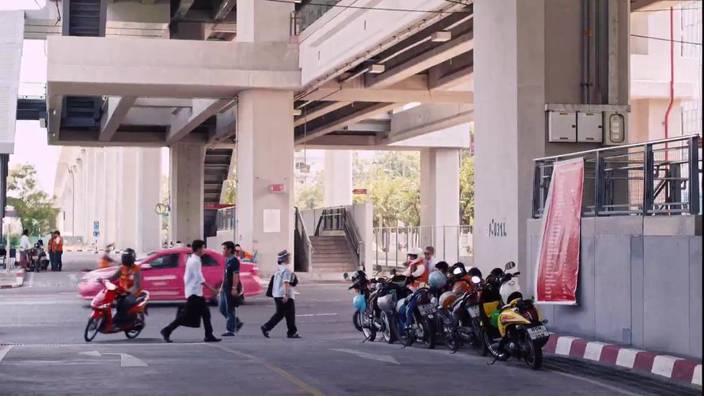 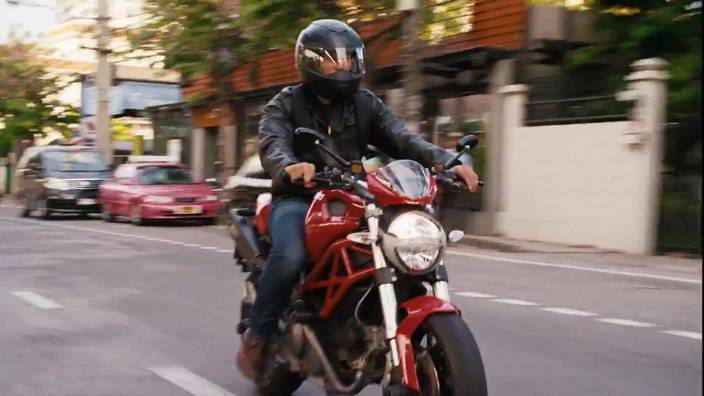 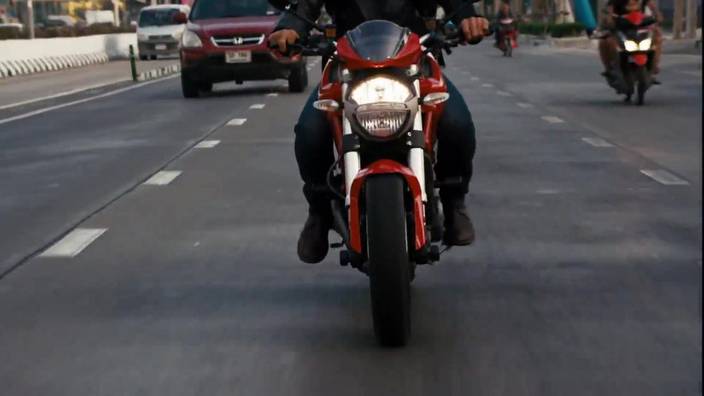 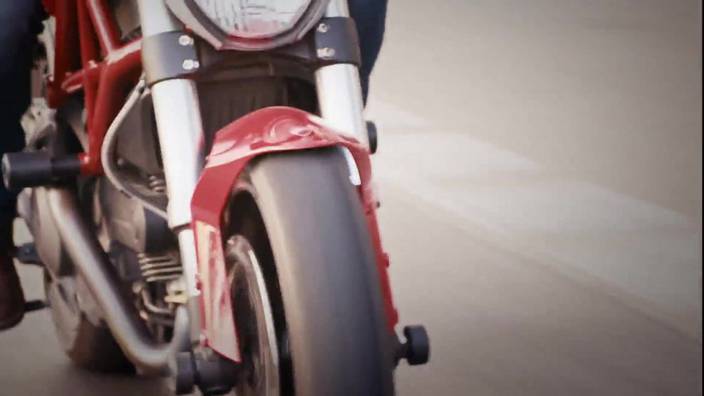 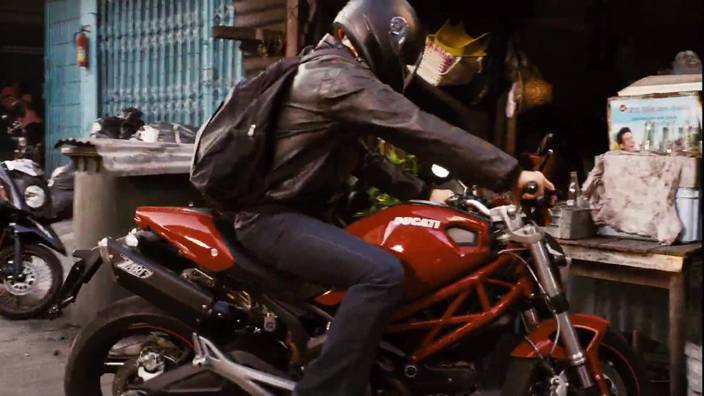 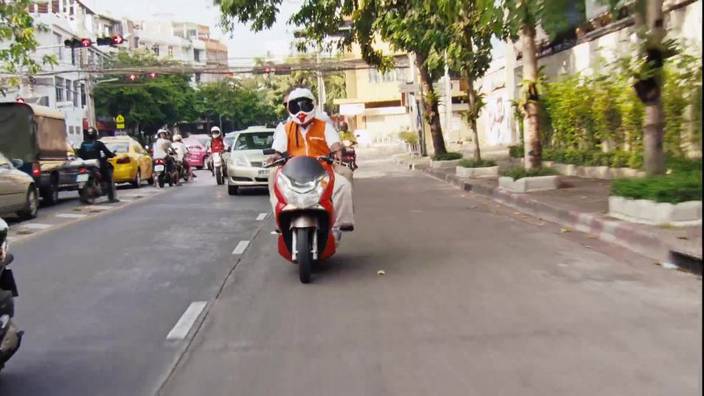 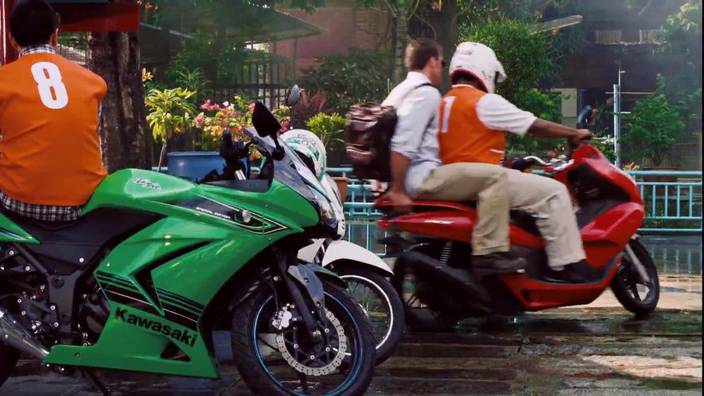 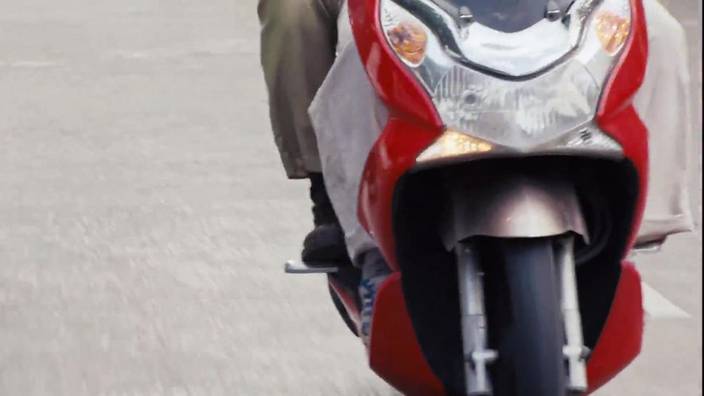 Scooter rather than bike, I don't know what though...

Leaning towards Honda PCX 125 because of its fairing. And it might be using a third-party windscreen, so the Honda logo isn't there but the badge on the rightside of the scooter, despite blurred, I could roughly read PCX. 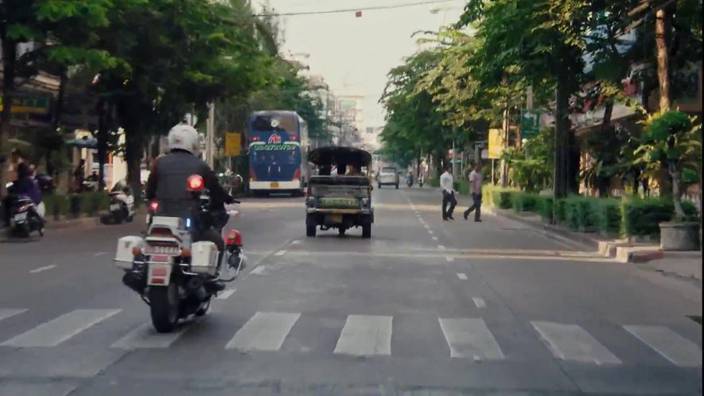 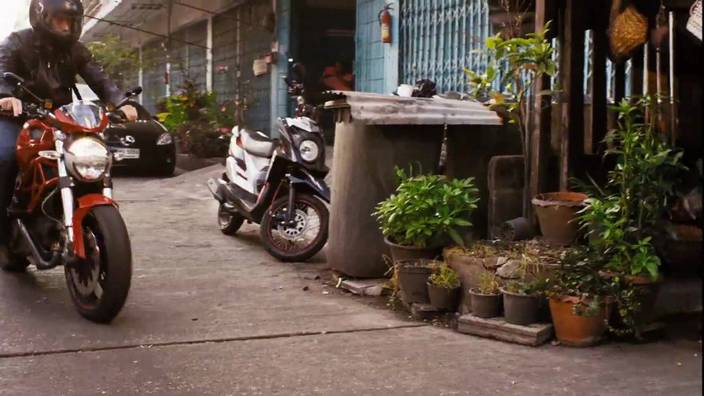 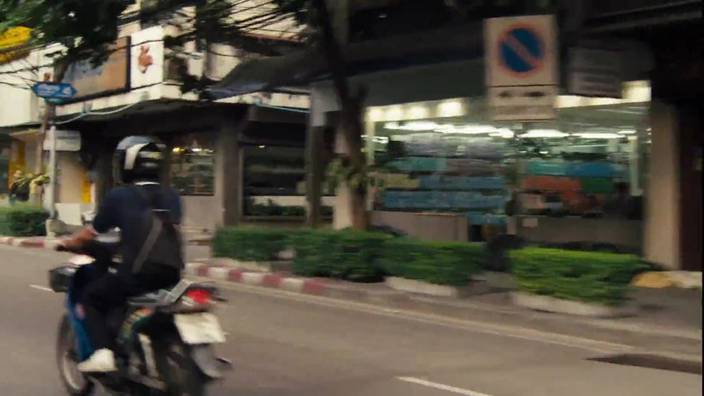 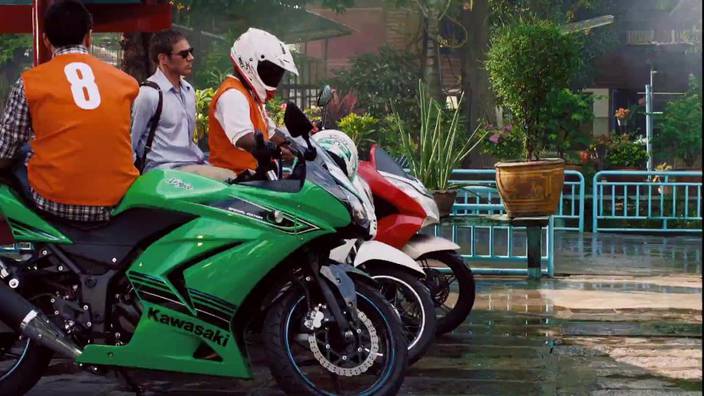