Young Albert enlists to serve in World War I after his beloved horse is sold to the cavalry. Albert's hopeful journey takes him out of England and to the front lines as the war rages on. 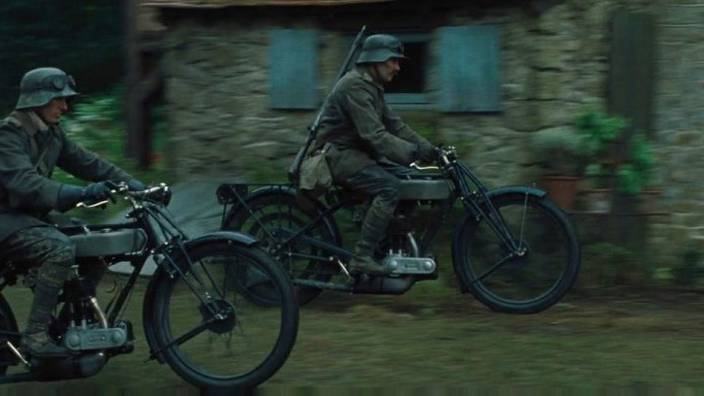 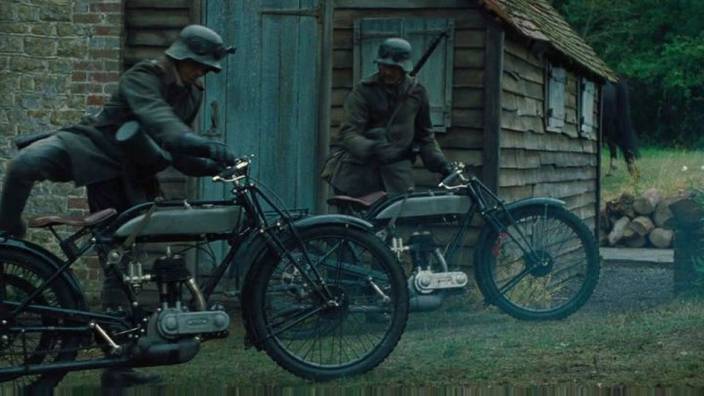 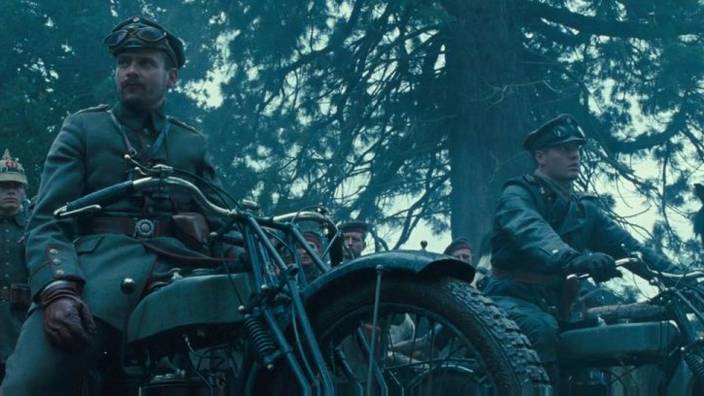 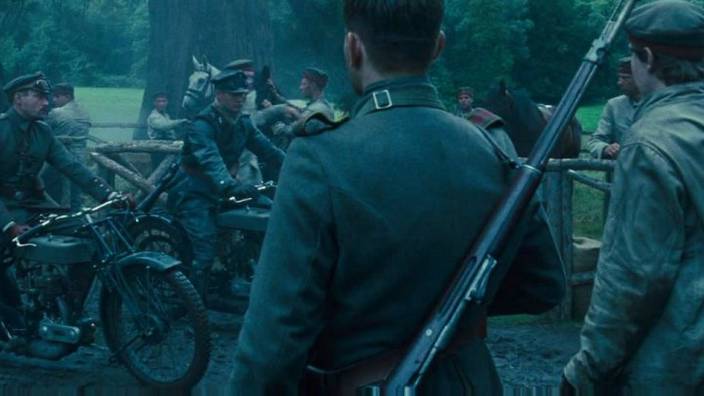 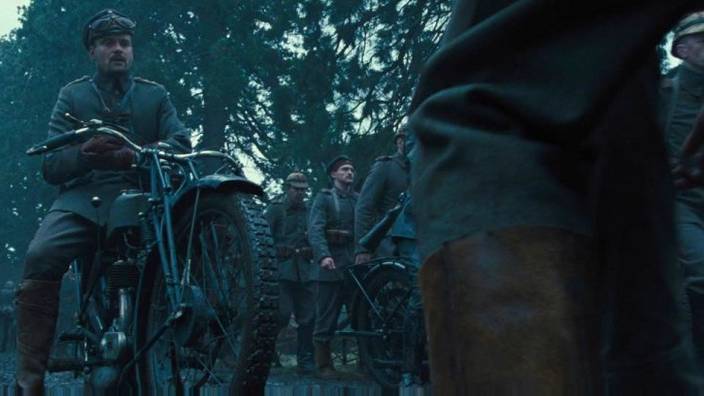 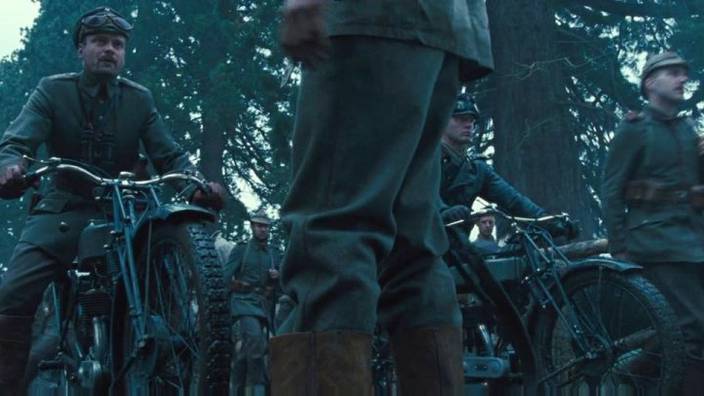 I suppose these two (main picture and thumbnail ^above) are the same as the ones used on an earlier scene at 01:06:23 Triumph (Nürnberg) Modell T as built between 1924 and 1927 if it is a genuine German bike. Could be an English Triumph SD from the same year. They share the engine and are much alike.

I think we can suppose are British ones since the movie was filmed in UK.