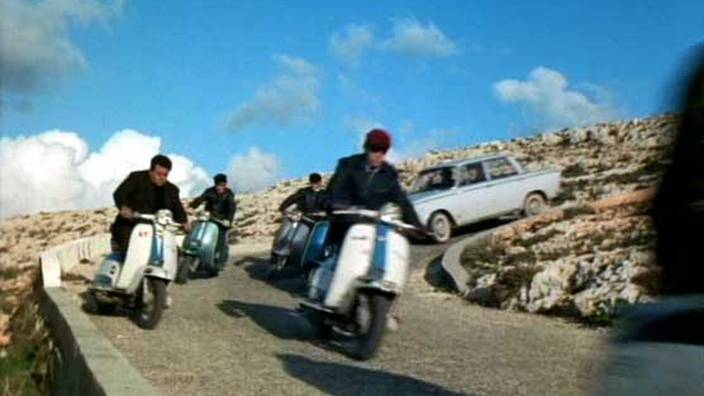 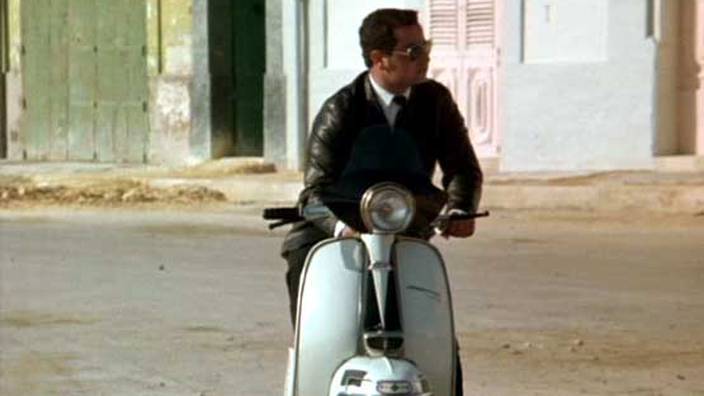 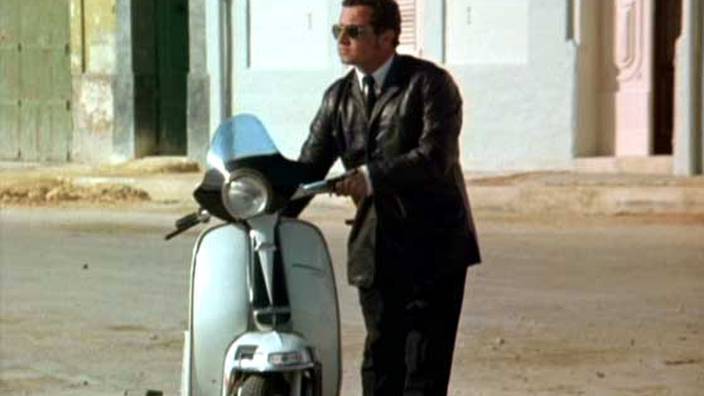 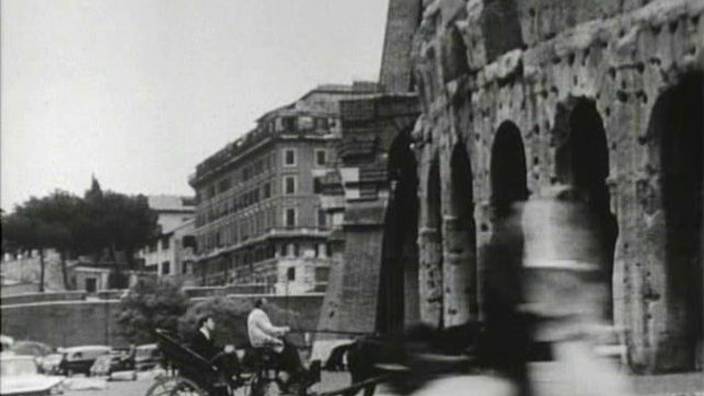 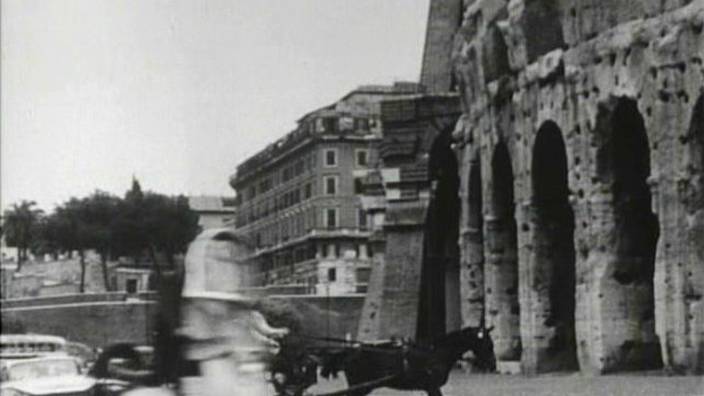 '57- Innocenti Lambretta TV 175 (by long seat) lammy series 2 could be LI 125 li150 or tV175....whatever but definitaly a series 2 just for that beavertale front mudgard There are points to discuss : it's series one because front light is not on the handlebar but lower, on the direction column(quite visible on the second picture) Furthermore it can't be at TV because there are two separate saddles, no long seat. So for me it's Lambretta LI series 1. excellent Source : http://www.lcgb.co.uk/scooters/index.html

i think it must be tv because has one colour, while li's have two tone colours. and definetly it series one 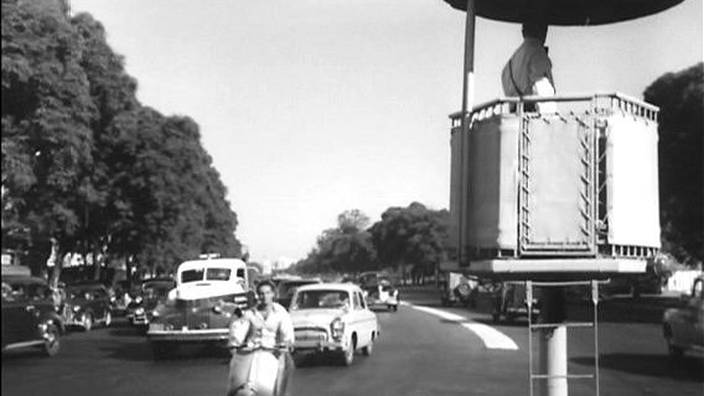 the scooter Piaggio Vespa. Hard to detail what model... 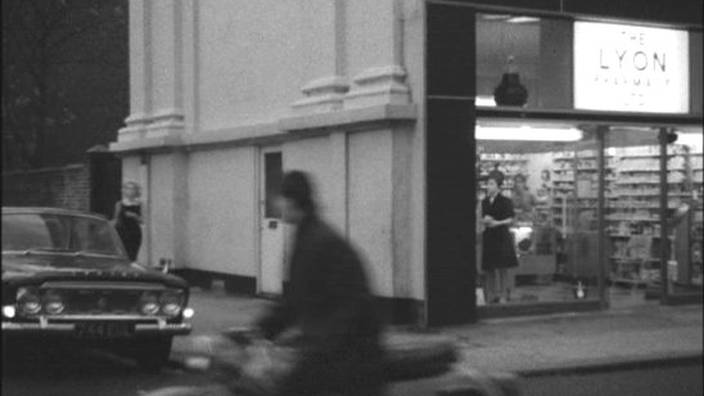 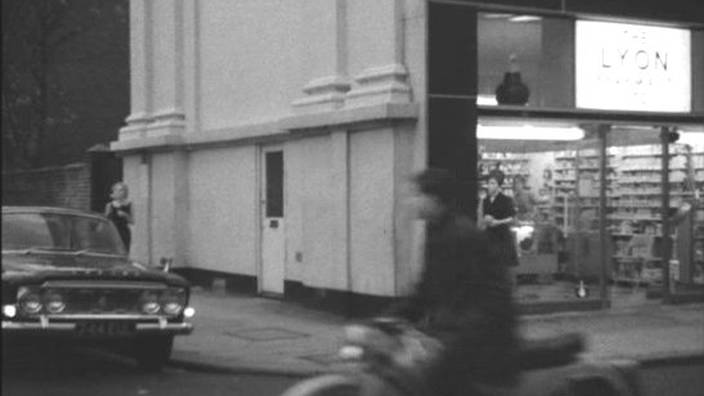 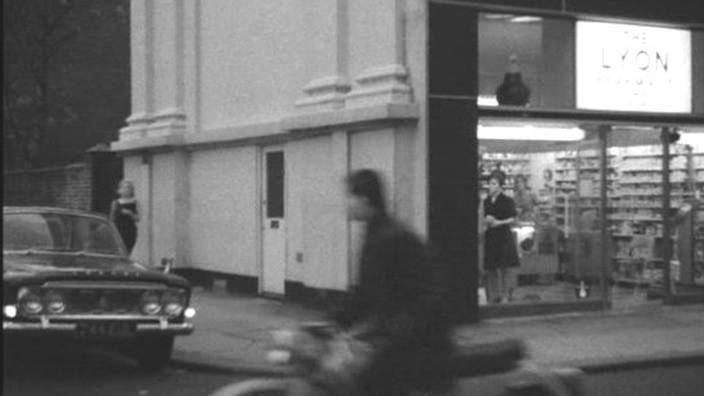 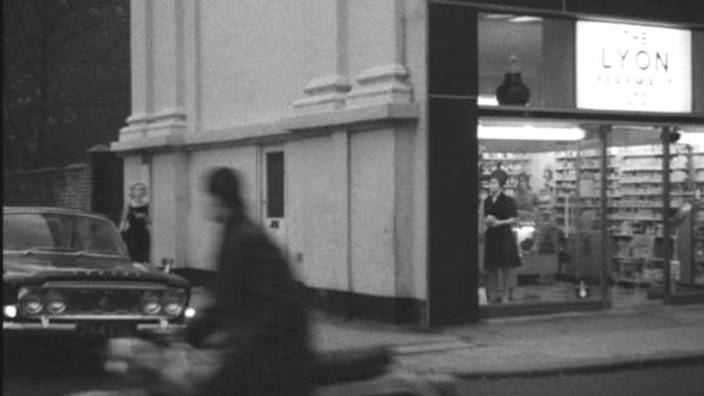 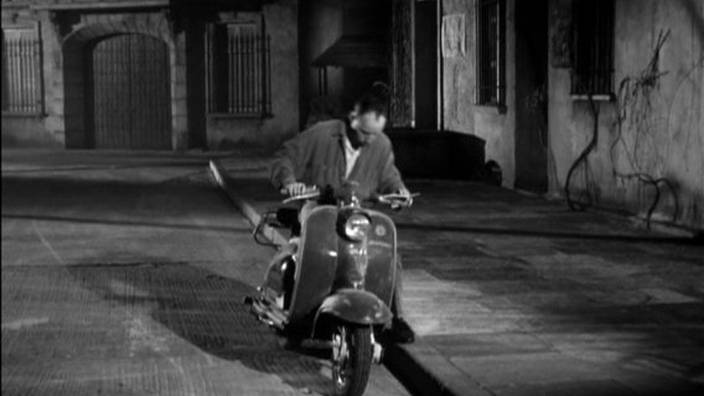 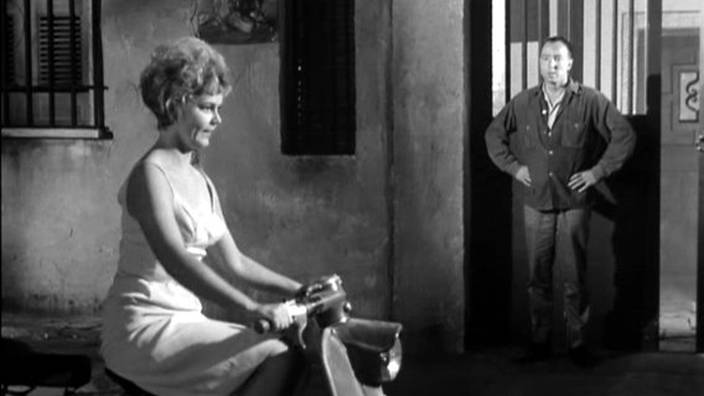 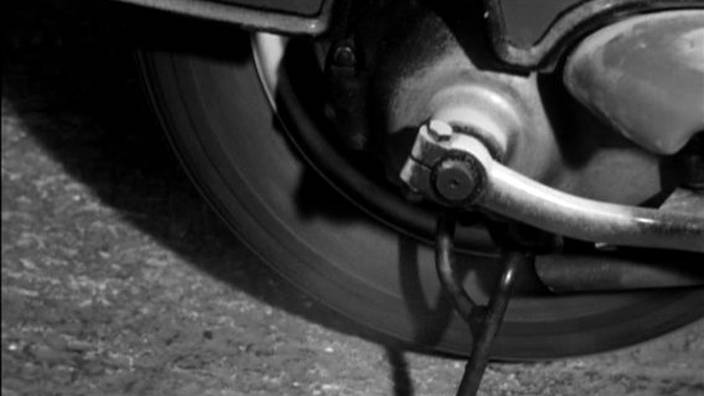 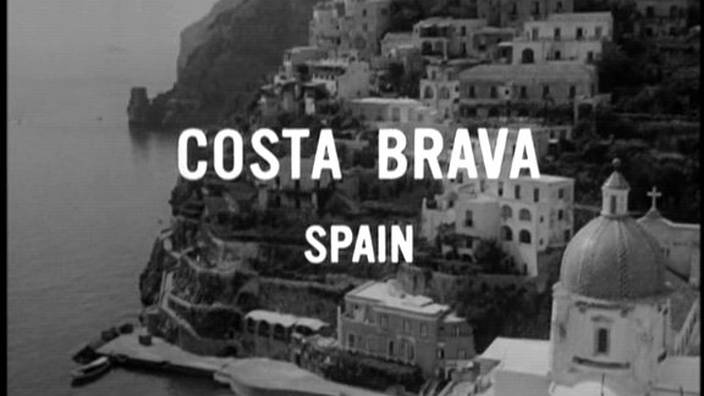 This episode set in Spain- 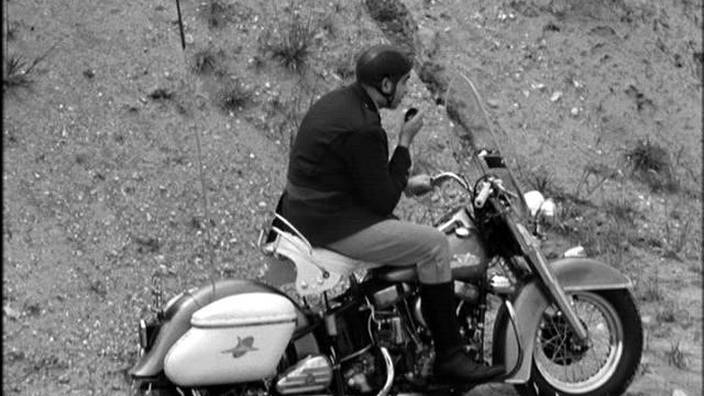 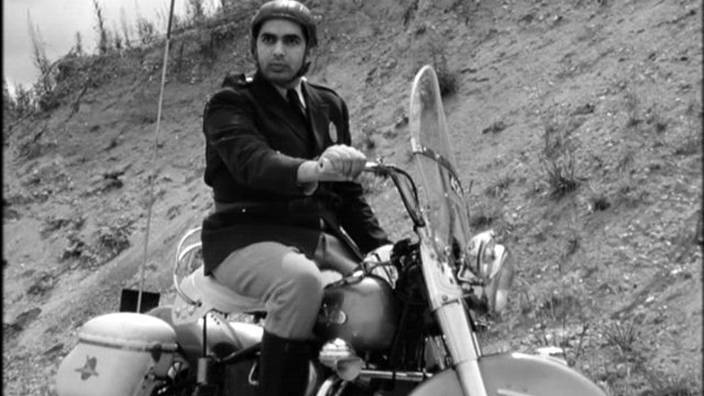 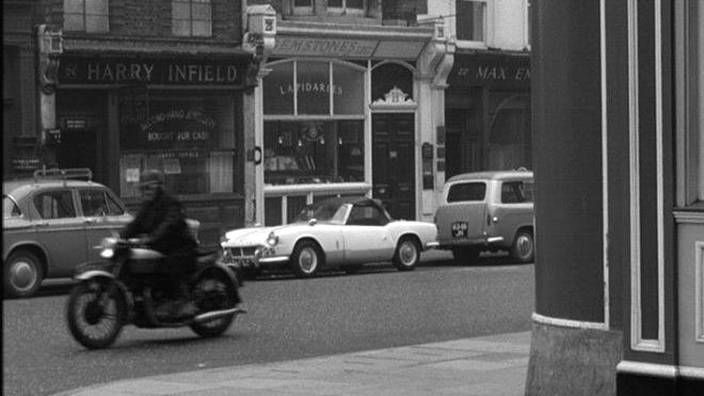 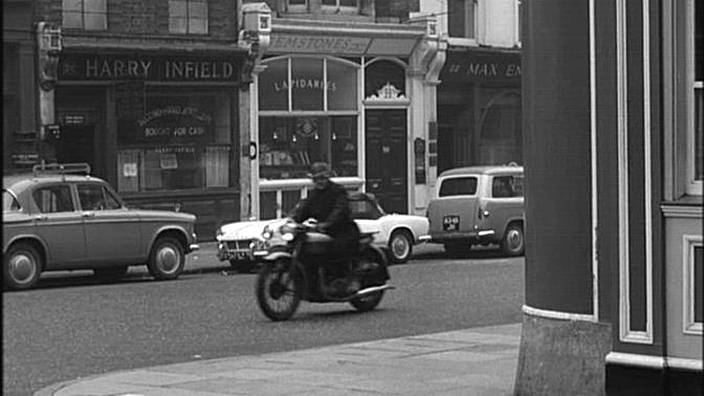 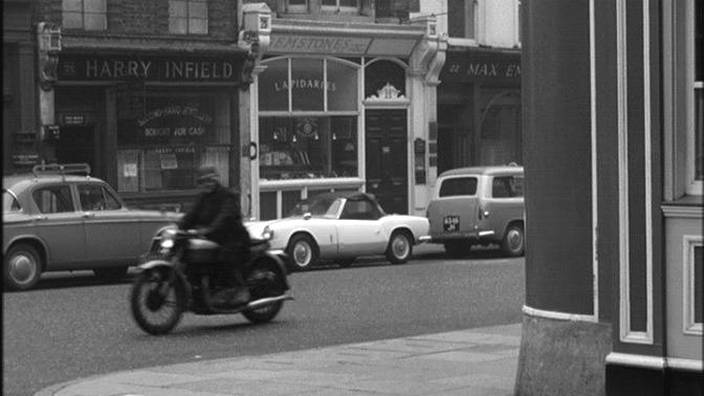 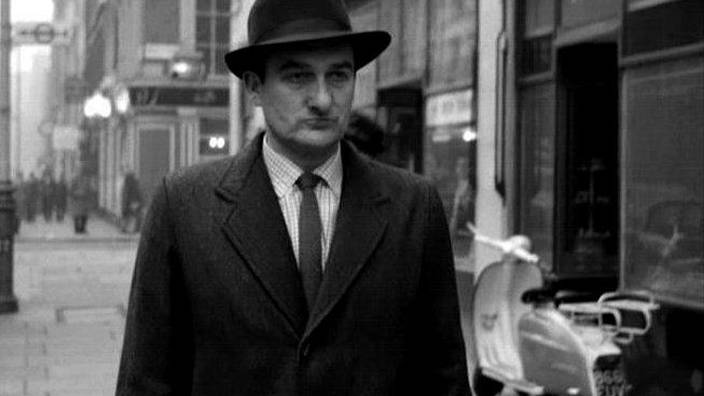 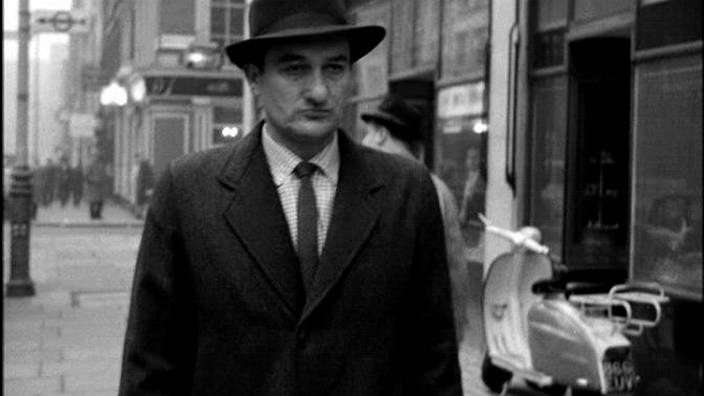 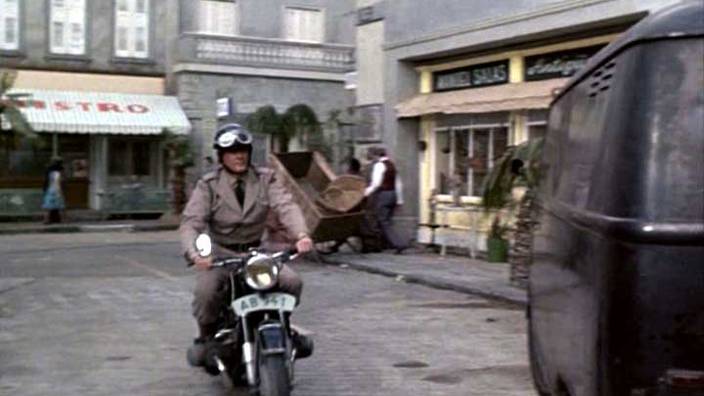 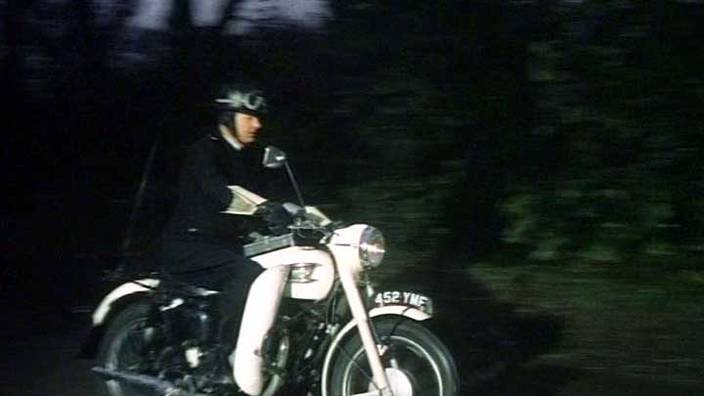 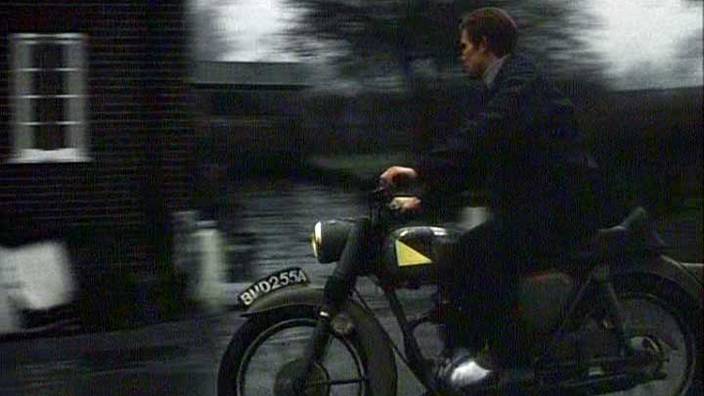 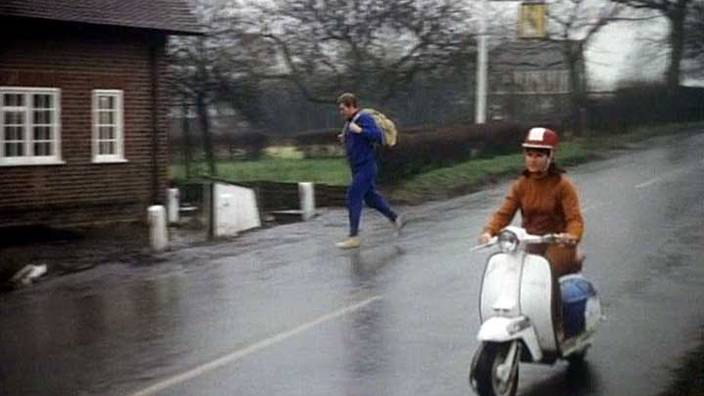 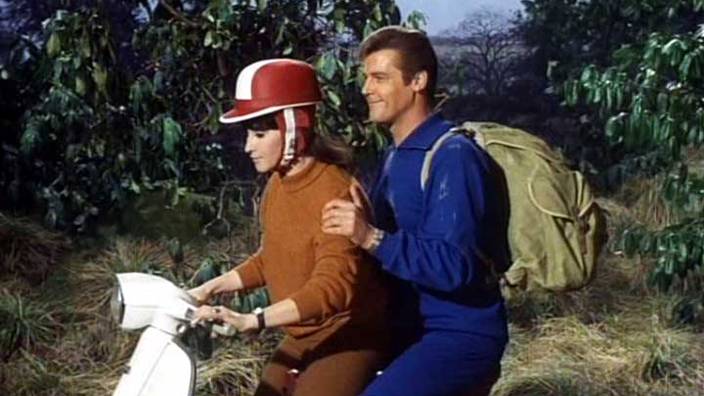 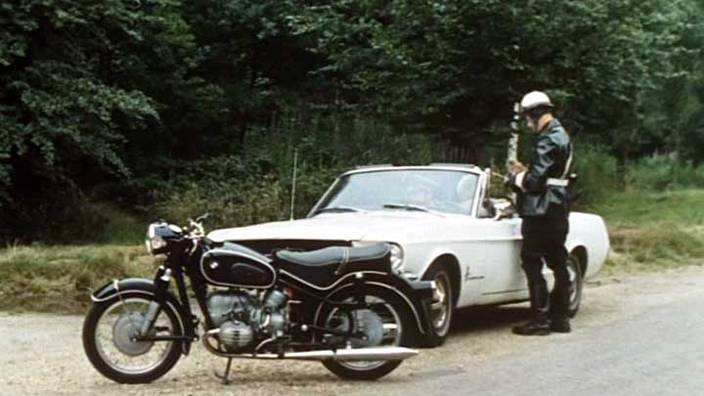 BMW The car is a Ford Mustang, but I believe you've already got that listed. Class: Bikes, Road Obviously no?