The Place Beyond the Pines

A motorcycle stunt rider turns to robbing banks as a way to provide for his lover and their newborn child, a decision that puts him on a collision course with an ambitious rookie cop navigating a department ruled by a corrupt detective. 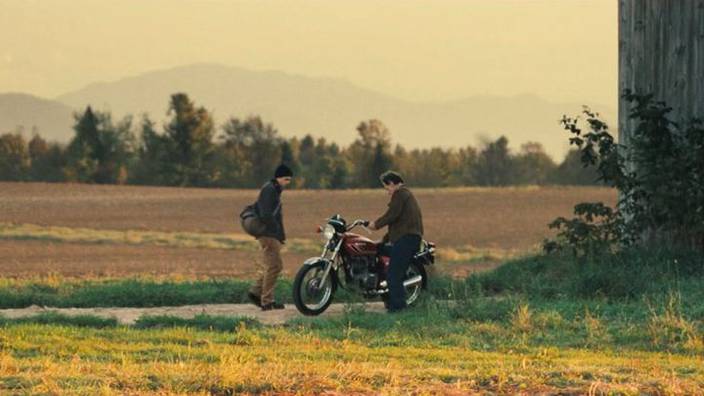 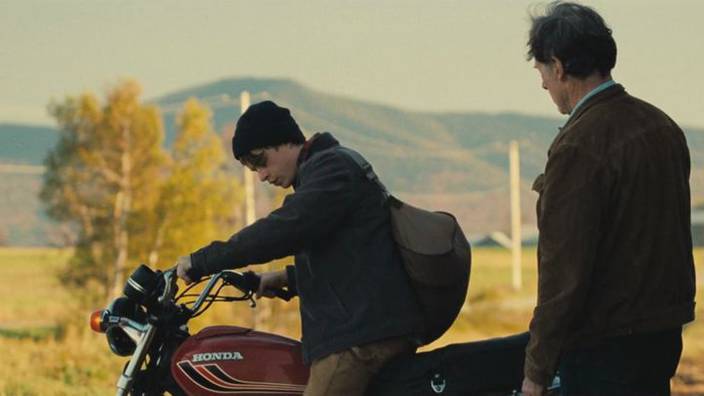 Twin, or Hawk depending on the country ... 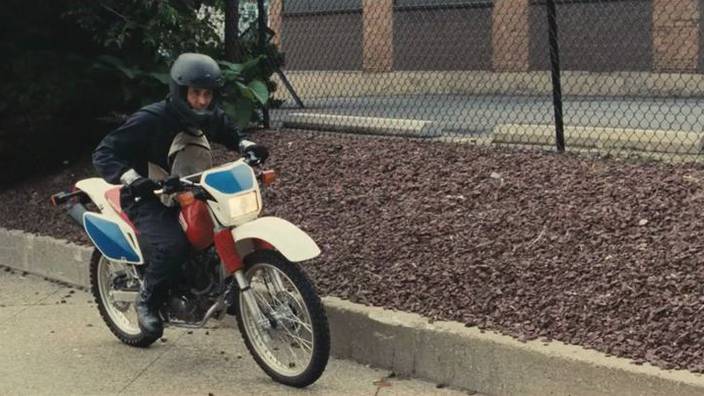 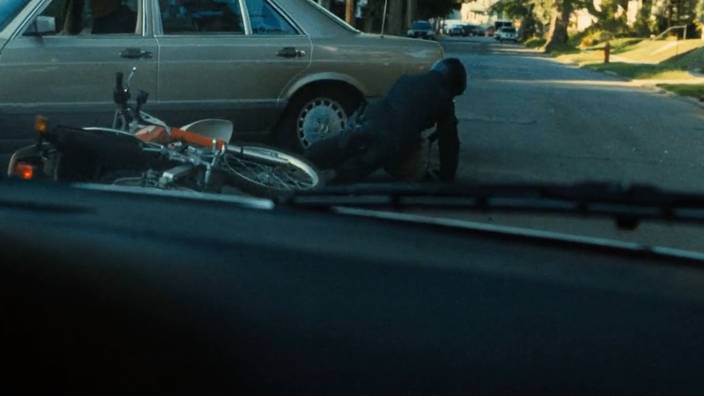 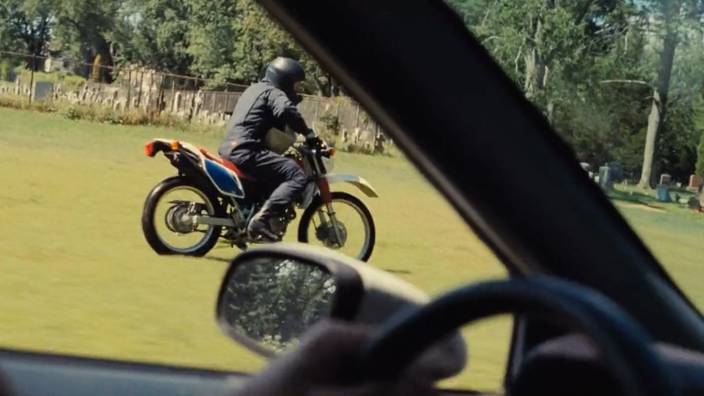 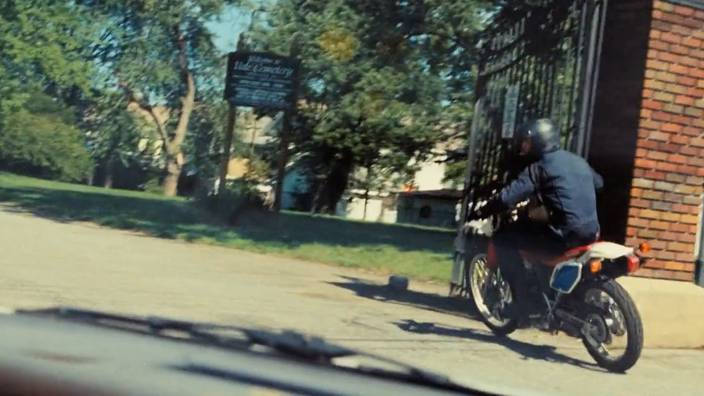 This bike alternates with the DRZ-400 in scenes for production reasons. Maybe the stunts were easier with a smaller bike.

It is involved in both riding inside of the metal sphere during the credits and in a chase scene later. 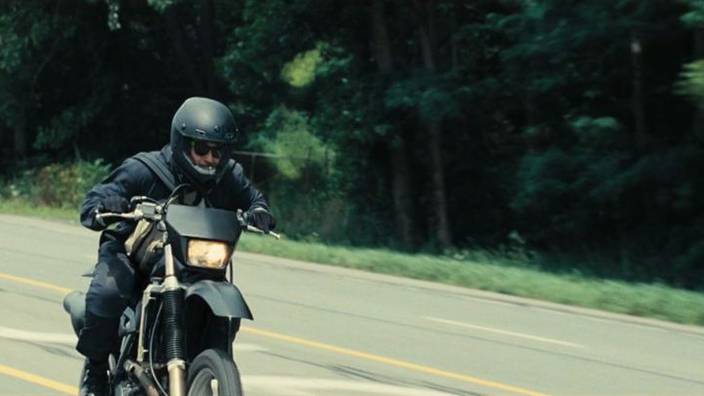 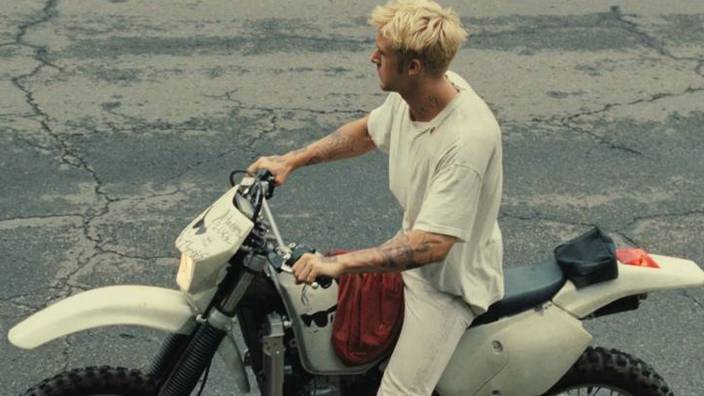 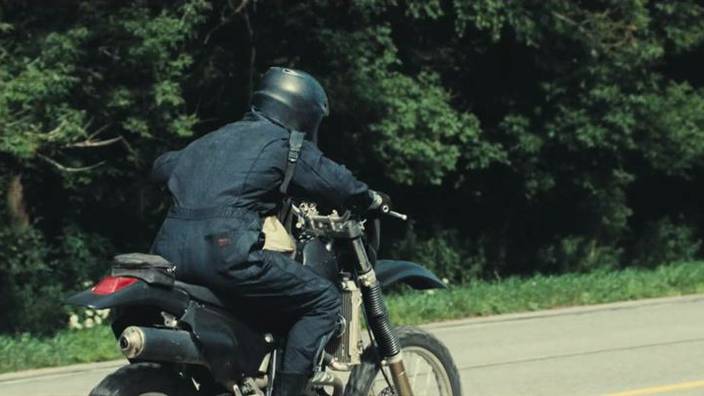 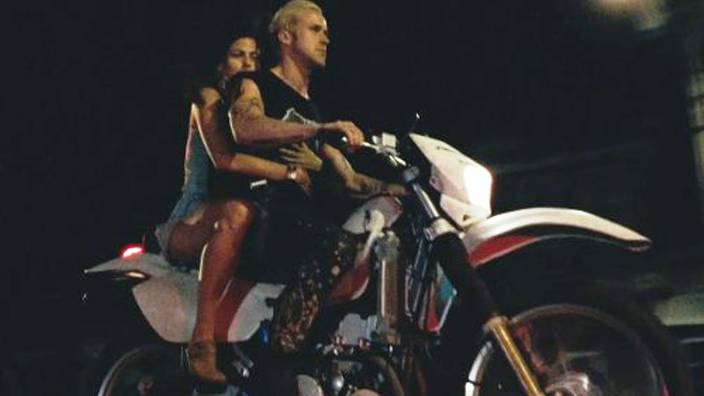 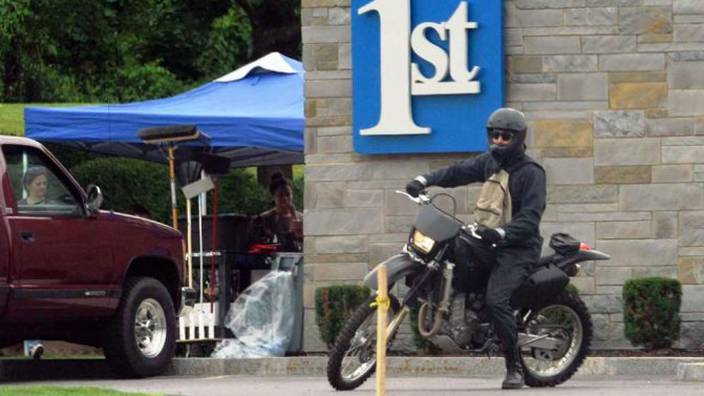 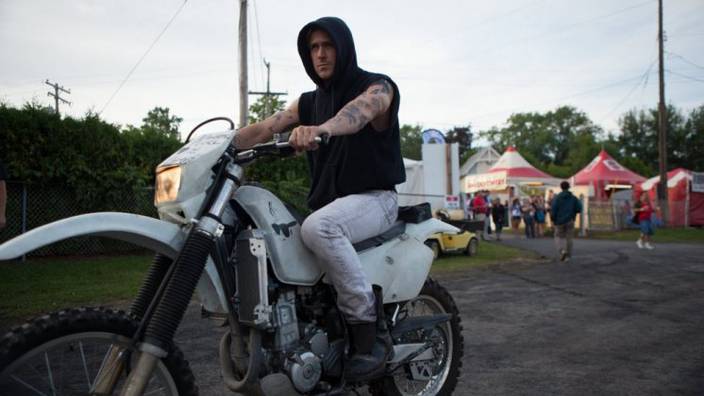 Honda XR650R ? 650R? Not hardly. I own a Honda XR650R. I can say with great confidence that the bike pictured is not an XR650R. The XR650R was produced from 2000-2007 and never had any blue coloring. Another, more damning feature, is that the XR650R is a water-cooled bike with radiators. The bike above cleared does not have radiators. This bike is more likely a predecessor to the XR650L, but the plastics throw me. As Mr Noone has revealed, XR650L would at least be closer because it's air-cooled. But the bike shouldn't remain listed as an XR650R if the specification doesn't match.

This bike is actually a Honda CRF230 made to look like an old XR600, or an XR650L. Hard to tell really because I can't find any pictures of the actual XR as used in the film online. The XR and the CFR are both air cooled singles, but I suspect the smaller bike was easier to do some of the stunts on. 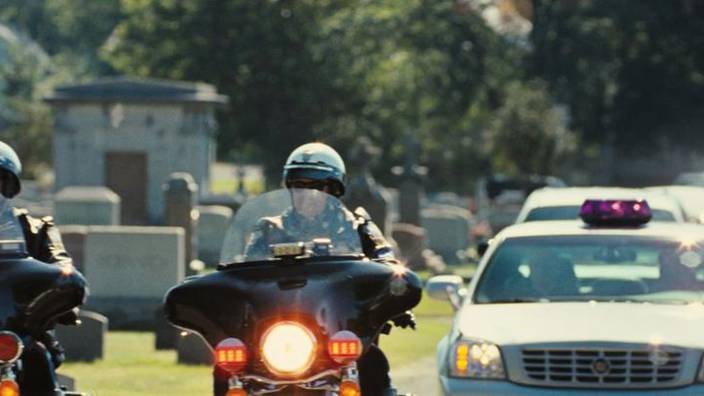 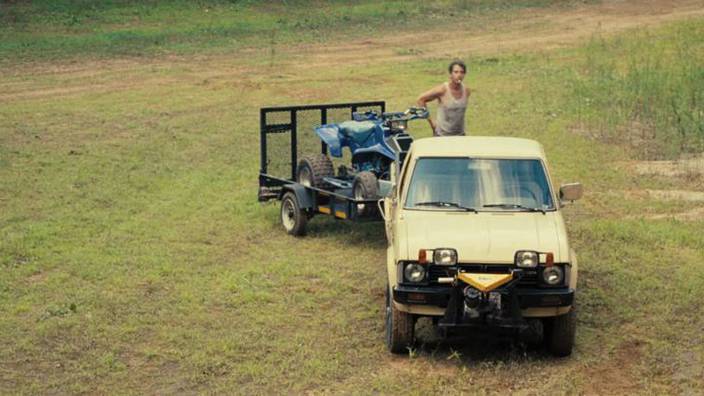 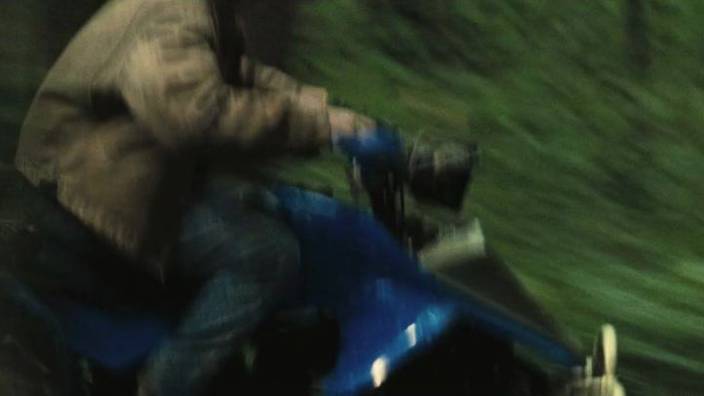