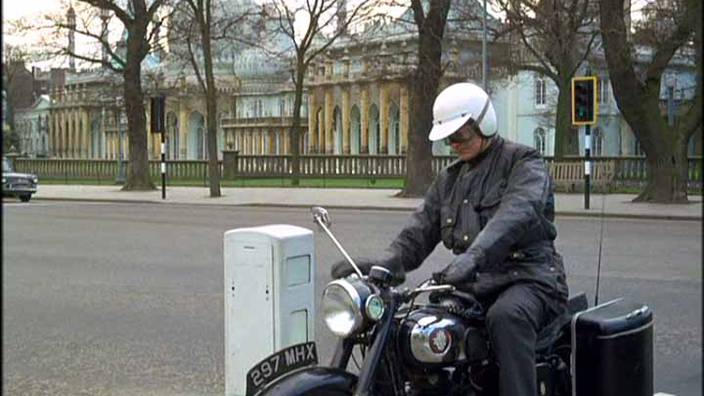 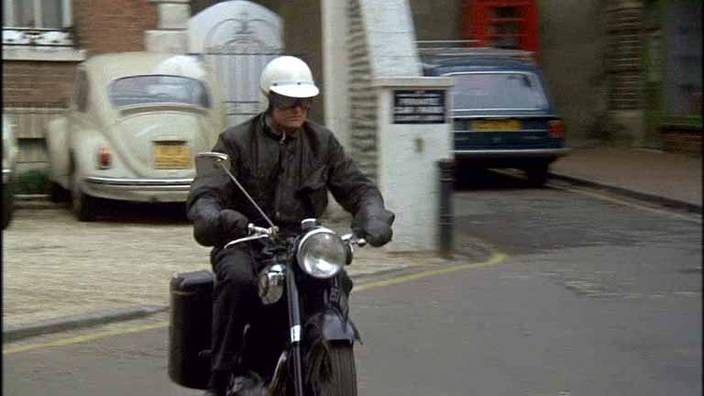 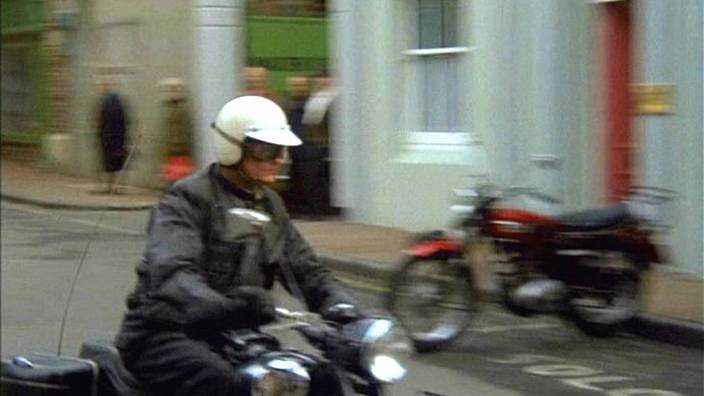 Triumph is the bike in the background.. 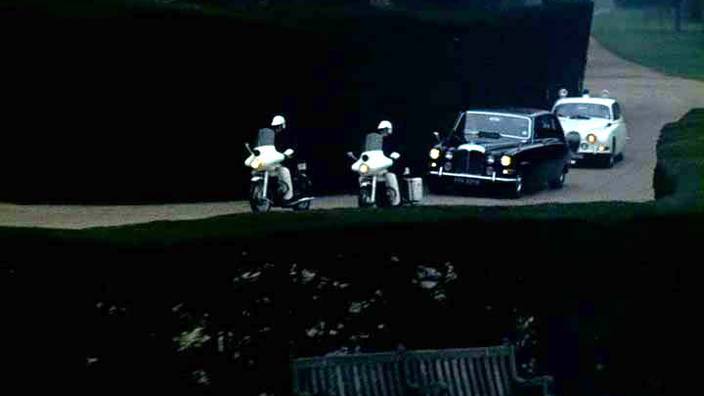 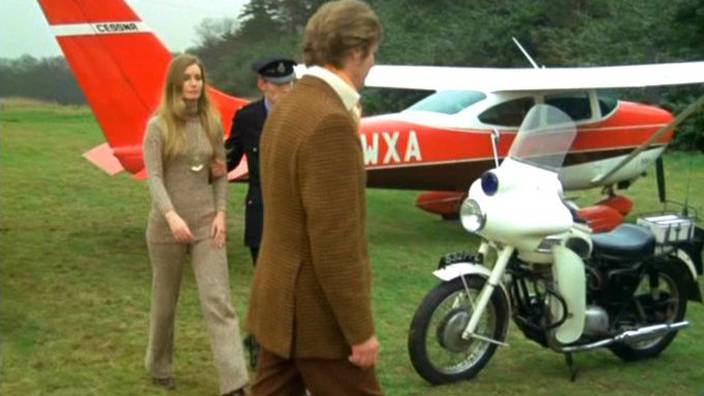 Selon toute logique, Triumph là aussi. Triumph Trident (1968-) This windshield & leg shield are Triumph's police-grade equipment, so it's Triumph. And silencer(muffler) curve indicates it's early T150 Trident. http://www.marcparnes.com/motorc12.jpg Here's a better pic.. (..are you sure it's a trident?)

Stronghold was right to question this one. The bike is a twin not a triple so is most likely to be a 650 Saint - year determined by the letter on the plate (I don't know the British numbers) - 1968 would be a good guess. 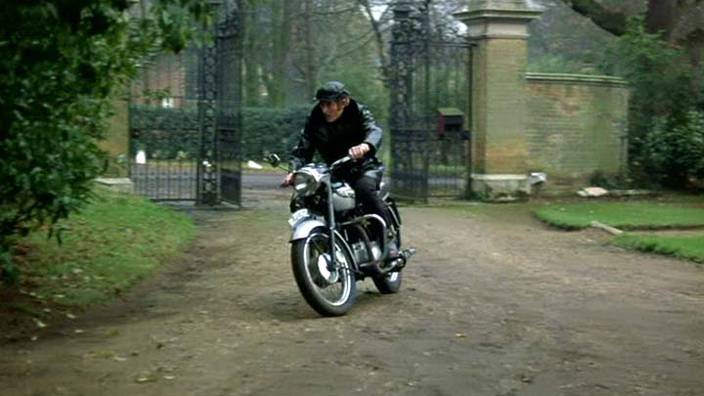 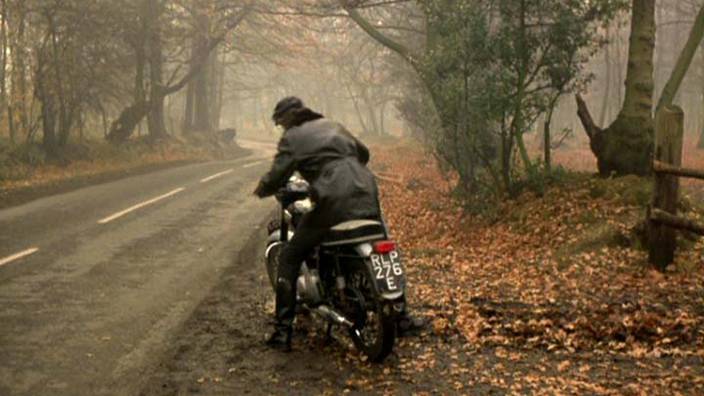 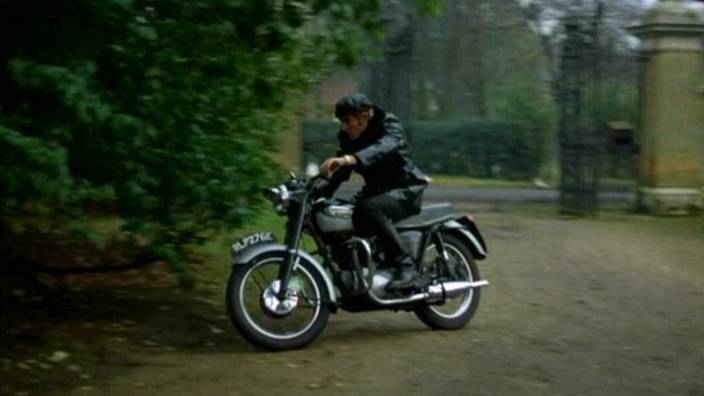 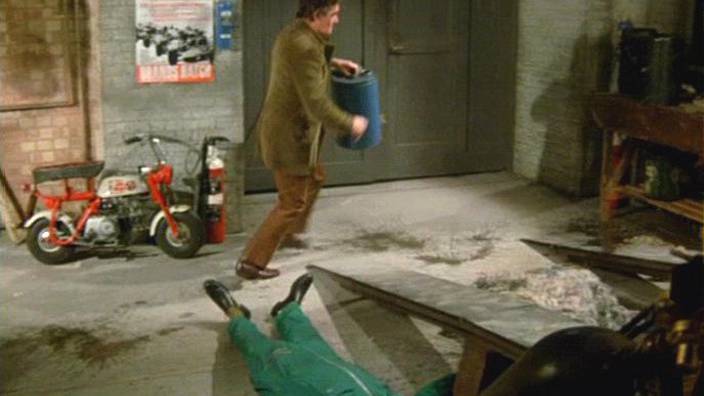 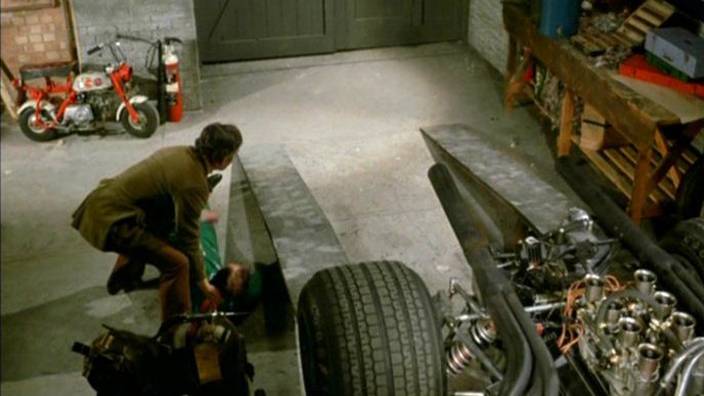 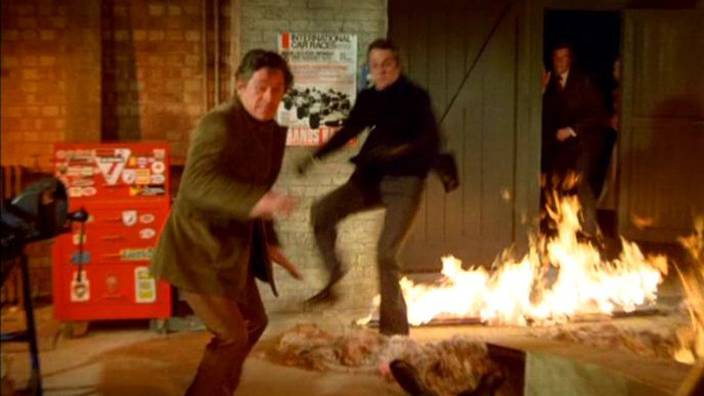 ..Don't know their 'real' name ...just known as 'Monkey bikes' in the UK.! Note:..continuity error ... as the guy sets the fire ..the bike is seen behind him ..but as bret & Danny enter to catch him ...the bike has dissapeared.!! (..also the fire extinguisher has gone ...and the tool chest arrived.!) Interesting race poster. "International Car Races"...somewhere ... Brands Hatch (Kent England). a 1967 Honda Monkey Z50M 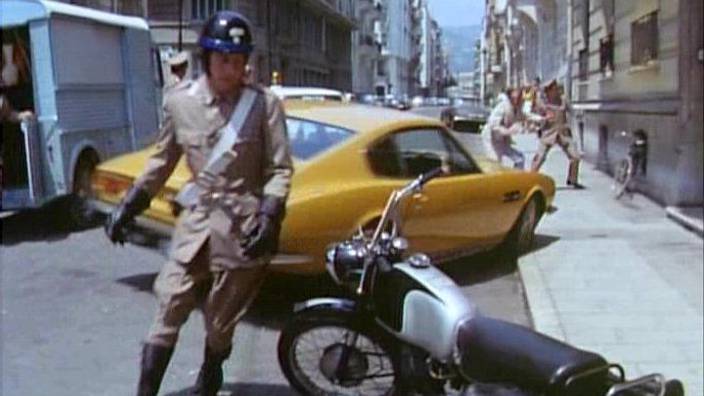 Laverda? It reminds me of a Fiat Dino coupe: /vehicle_18144-Fiat-Dino-Coupe-1967.html But I don't think that is it... ..the car is the Aston Martin DBS ..we're looking for the bike.! Ducati? And Rome's plate on bike was bad-imitated(too much smaller graphic characters and wrong colours;ROMA isn't spelled in oblong blue letters,as true ones)and Police rider(see uniform)drive a bike that for the plate that they bears must be fit for Urban Police(that really wears a white jacket and black trousers uniform around 1970,not a khaki-coloured one);if director had will to make resembles him an Italian "Polizia Stradale"(=Road Police)cop-rider,the bike plate must be carry POLIZIA spelled in red,not ROMA Difficile à lire... infos intéressantes, mais phrases TROP longues!!! Ceci dit, elle me fait penser à une Ducati, à moi aussi... 250 ou 350? Tank indicates a Ducati, Primary cover appears to be a 250. Ducati Elite?? 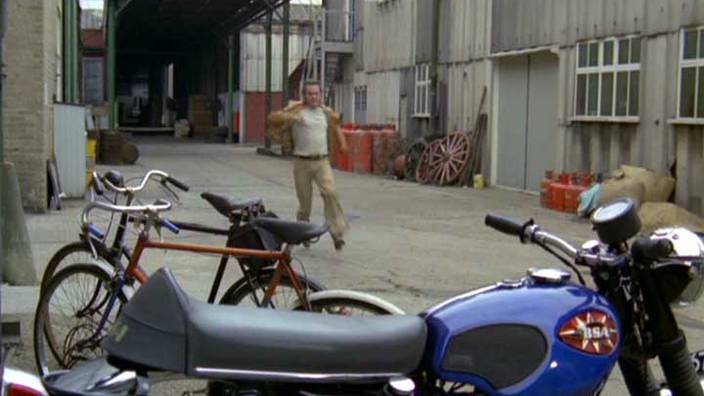 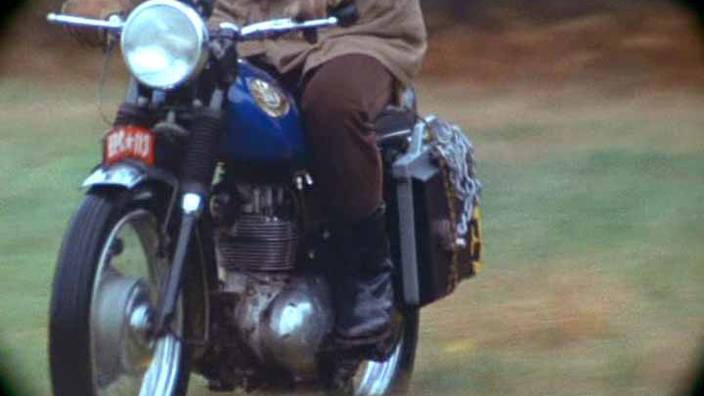 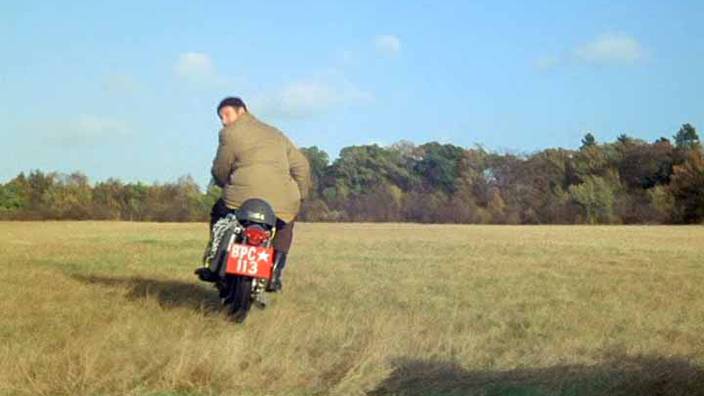 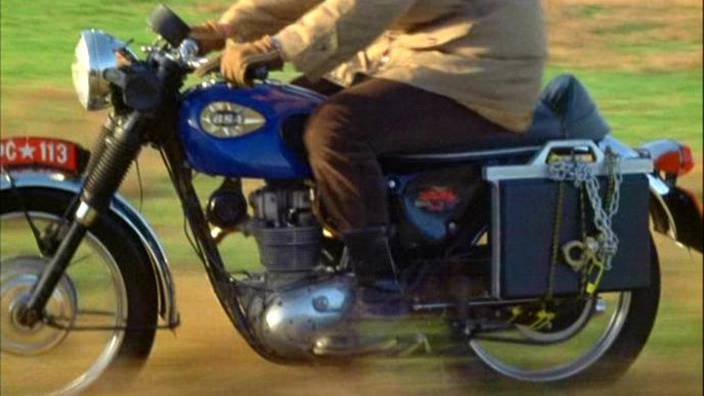