A man living in a futuristic sterile colony begins to question his circumscribed existence when his friend is chosen to go to the Island, the last uncontaminated place on earth. 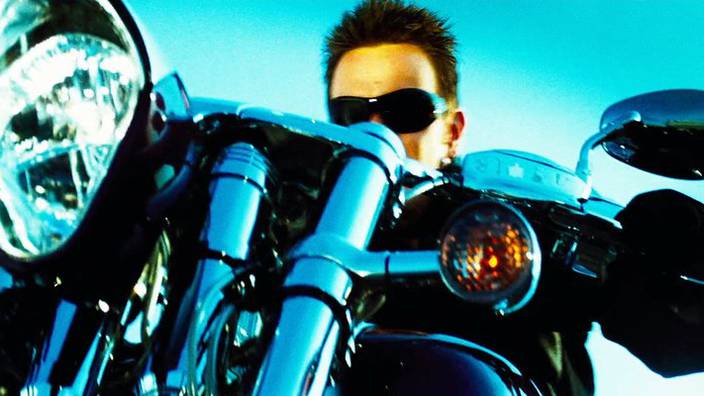 I am sure, I saw this headlight before, but can't remeber. there was a big harley or so with very special shaped exhaust-pipe. who can help? (could it be a honda rune?) :-/ martin When in the movie is this one used I wonder how I could miss it if it deserves three stars you can see it in the early *dream-sequence*, where the ferrari occurs ... :-)) m. But aren't these still images, like the Ferrari? I would give 1 star to it then... (and anyway as that scene was very short it would be at most 2 stars) feel free to adapt the *star-situation* ... :-)) martin But it was a question : is that still images or is the caracter "using" the bike? Yamaha XV 1900 Midnight? Victory Vegas Jackpot? (cf http://www.polarisindustries.com/en-us/Victory/2007Models/VegasJackpot/Gallery.htm ) hard to say in a part, where you only see such short cuts. so I would say: might be a still image ... same rank as the ferrari - so: one star.