Allied prisoners of war plan for several hundred of their number to escape from a German camp during World War II. 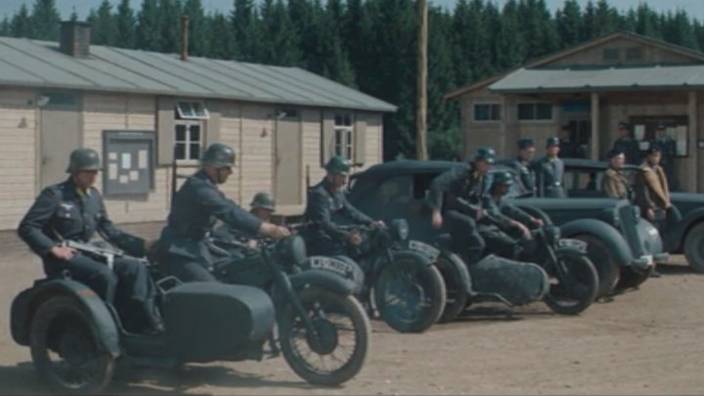 Wasn't the R71 rejected by the Wehrmacht in favour of the OHV R75 and sold to the Soviets and license made (or reverse engineered) as the M-72? 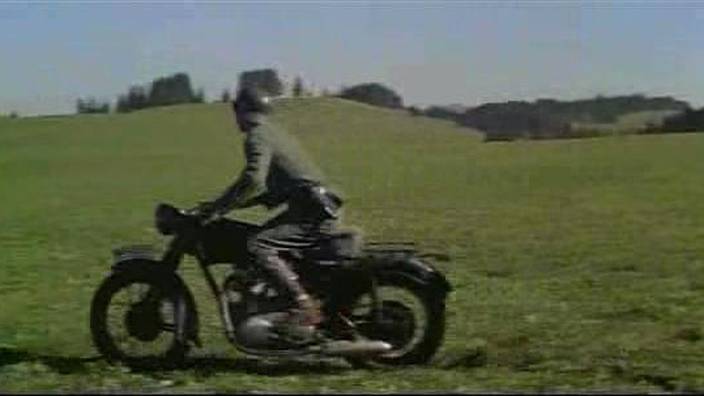 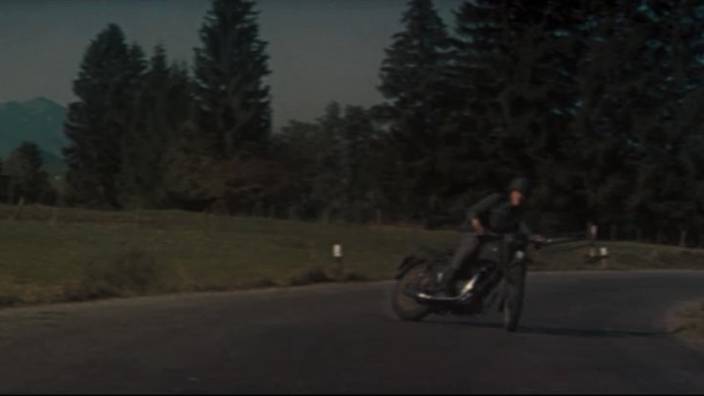 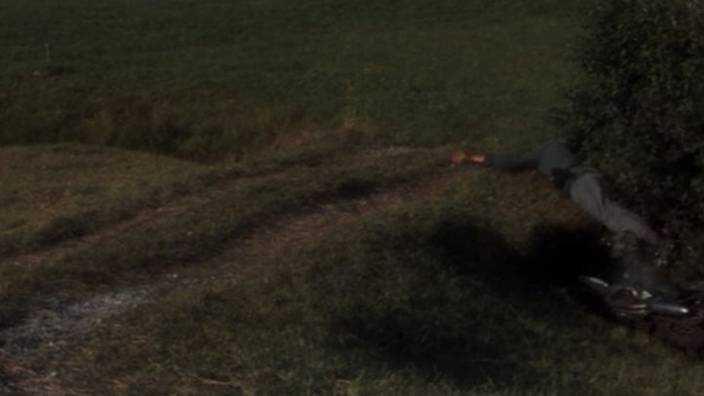 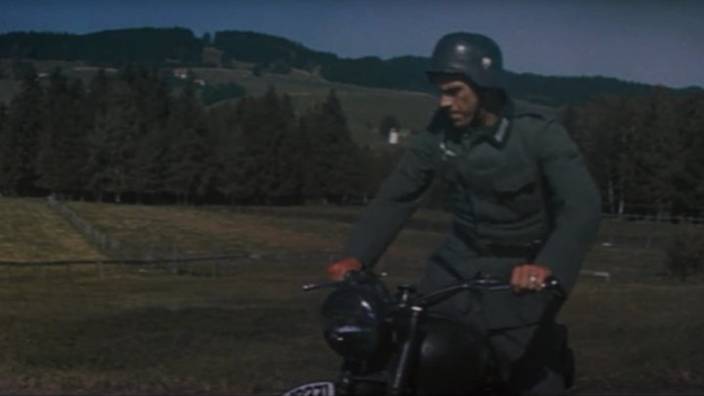 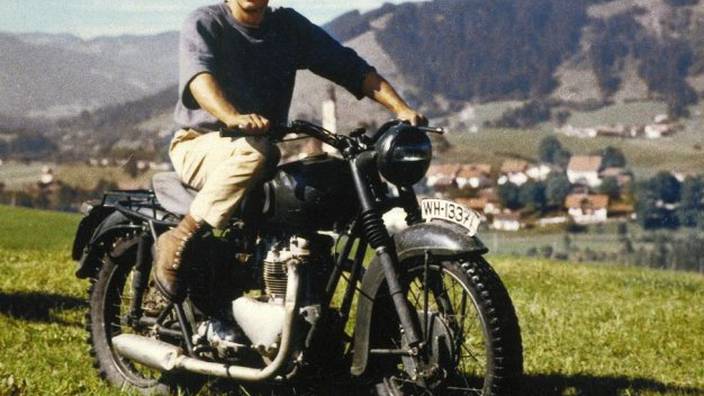 the bike was here as Triumph T6, but I seriously doubt, that German soldiers were riding Triumphs... Its is a Triumph T6. I think it was used so it could do the stunts. Well, McQueen did most of the stunts. The most famous jump over the barbed wire was done by a guy named Bud Elkins (since the studio didn't want to risk their big star). On the other hand, he also rode as one of the German soldiers, so that he was basically chasing himself. Well, Hilts (McQueen's character) was wearing a German uniform for a while, but he also rode in the group of German soldiers (as an anonymous German soldier). As I said, he was technically chasing himself. why? The nazis could get anything they pleased. If they wanted the bike they just had to make the factory give them the bike. Im not sure of the fact that they actually drove this but, they could easily get 'em Aziz has said it's a 1960s model, and in any case Triumph was British, so the Nazis couldn't "make the factory give them the bike". lol yeah but given the case if it was of the period and its clearly a 60's bike maybe an officer had one shipped over before the war started but un likley but there again alot of people think BMW stands for British motor works i call these people morons. does anyone know what happened to the bike after filming? No, he doesn't. McQueen was so fast that the other stunt rider couldn't keep pace with him, so they switched costumes and had McQueen chase him instead. No. 2:11:29 2:11:38 2:12:46 Per Wikipedia and other sources, this is a Triumph TR6. Is that the same as a Speed Twin? Made up to look like a BMW R75, which was a motorcycle produced by Germany in WWII. He also worked in "Bullitt" "cosmetically modified 1961 Triumph TR6 Trophy" according to some not necessarily reputable sources. Change?

The bike used by Ekins (for McQueen) in the movie almost seems to warrant a book in its own right. According to the man himself, in conversation with writer William Nolan, see Mcqueenonline.com: 'I was running a TT Special 650 Triumph. We painted it olive drab and put on a luggage rack and an old seat to make it look like a wartime BMW. We couldn't use a real BMW (whose)...rigid frames couldn't take the punishment'. thegreatescapelocations.com tells us filming took place around the town of Fussen, some 100+km from the Swiss border. Meanwhile, popular belief, Suzi Perry, Jay Leno et al, not to mention the ever reliable mirror.co.uk has it that the machine used was a (1962/63) Bonneville - which McQueen bought in 1971 (through Solar Productions) and had modified by Ekins...so he could use it in the desert. The bike, ostensibly, featured in Bonhams' Las Vegas sale on 7 Jan 16 (Lot 121) as a '1963 Triumph Bonneville Desert Sled' (sic) realizing USD103,500. About the only recognizable part of that bike as compared with 'WH-13371' is the petrol tank. Notably, the twin-downtube duplex frame (more like an A10 frame than a contemporary Triumph part) of the film bike has gone. In one or two 'Great Escape' publicity shots, painted over tank lining (as if from a 1950s AJS Model 20, say) is visible. But 'TT Special 650 Triumph'? The late Malcolm Uphill's later Production TT-winning machine, for instance, again appeared to have a different frame design from the bike McQueen rode. Having earlier argued the case for an anachronistic Speed Twin, about the only part from that model appears to be the front mudguard. Nonetheless, if that's what the great actor said it was.. The late Lord Attenborough's memory of being taken for a ride by his friend, and duly getting the Living Daylights scared out him will endure. Hope 'Dickie' was wearing a helmet for the bumpy ride. Just as well the bike had swinging arm rear suspension.