The Fast and the Furious

Los Angeles police officer Brian O'Connor must decide where his loyalty really lies when he becomes enamored with the street racing world he has been sent undercover to destroy. 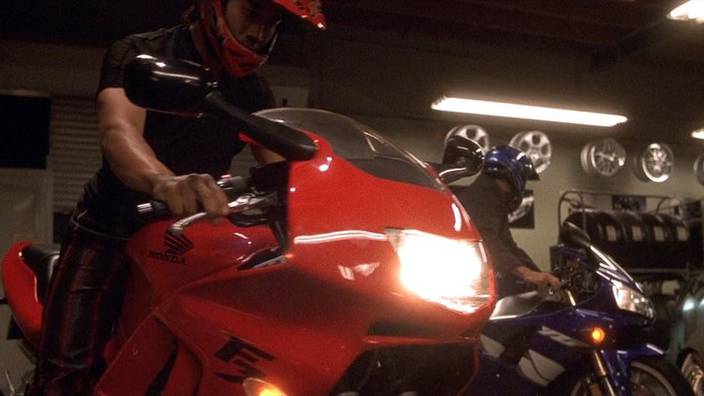 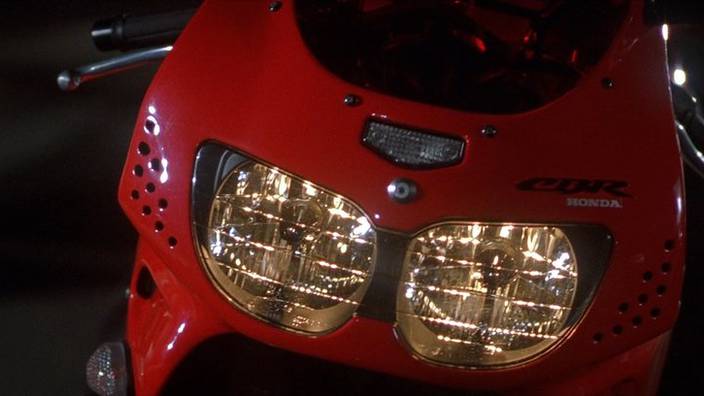 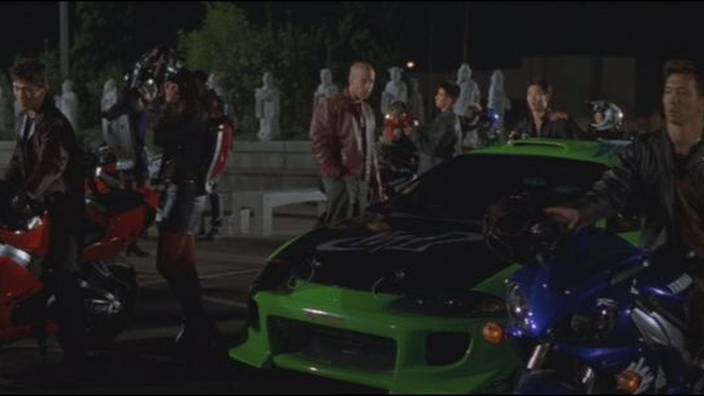 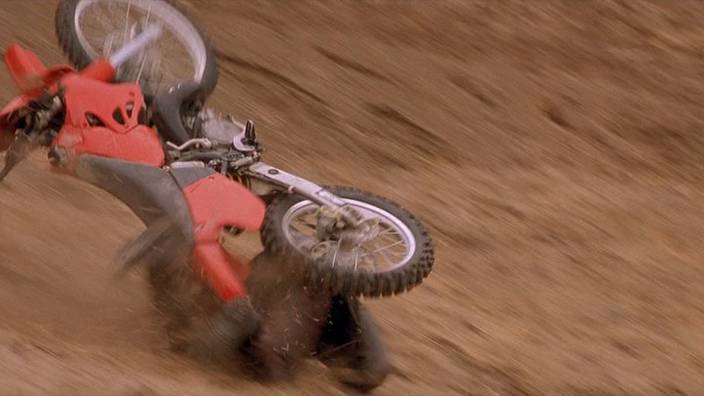 This is a 96/95 CR 125. The shorter kickstart tells me its a 125, and the holes in the radiator scoop tell me the year. But there is one weird thing, it has conventional forks (not upside down) these were last on CR's in 1989.

here's a picture of what a 1996 looked like rolling off the showroom floor.
http://p1.bikepics.com/2011/04/16/bikepics-2189222-800.jpg
you can see, the tank & radiator shrouds are painted, the seat cover's been swapped for another, the forks are from 1988 or before...the only other thing I could think of would be if a mechanic took the boots off a regular (non-inverted) CR125R Fork, and then put it on an inverted fork...because I've done "whole front end" swaps on bikes before...I don't think a 1988 CR125R fork would fit a 1996's frame, at least not without a petty considerable amount of modifications... 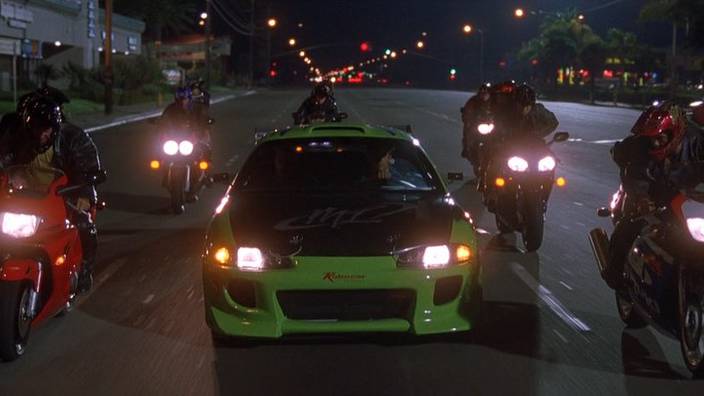 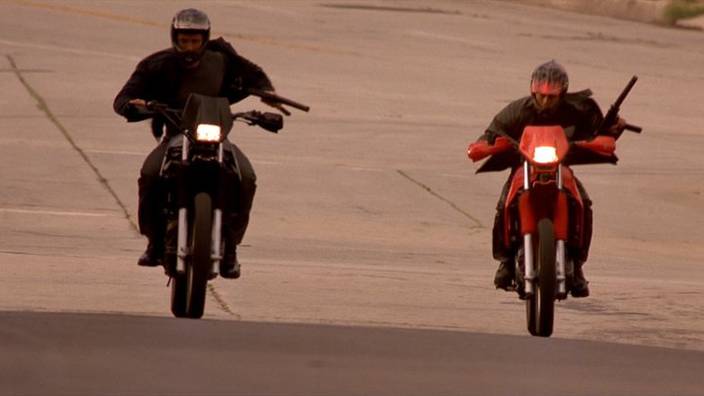 On the left is a 2001 Kawasaki KLR 650; on the right is a 2001 Honda XL650R. Thanks for the info. Do you remember which one of the two the main antagonist was driving? I haven't seen the movie in a long time and it would be more appropriate to list the one that was seen the most. the other is a KTM, model 620sm or 640sm im not sure

Sorry guys, but that picture shows TWO KLR 650's. Look at the radiator shrouds and how they attach to the tank. Also, the fairings were removed for smaller Kawasaki headlights. 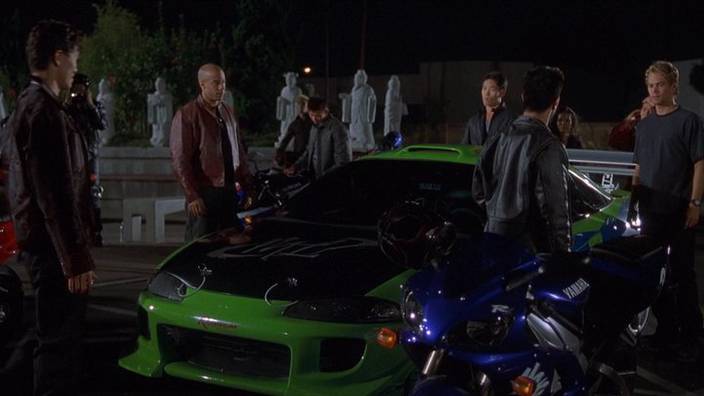