Follows the political rivalries and romance of Queen Elizabeth II's reign and the events that shaped the second half of the 20th century. 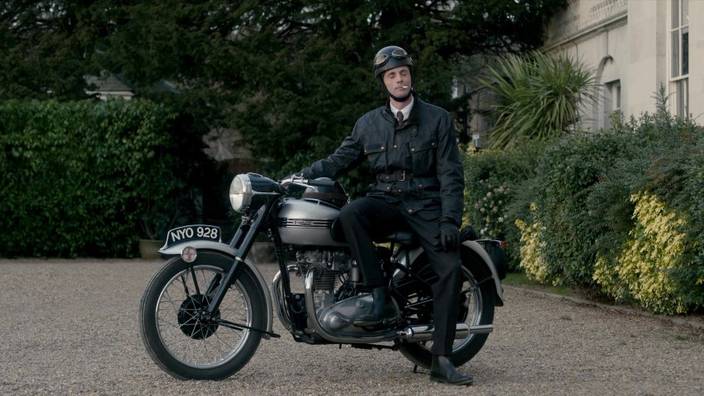 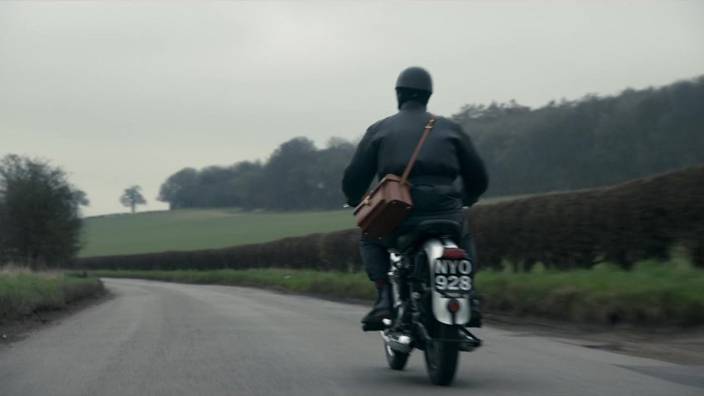 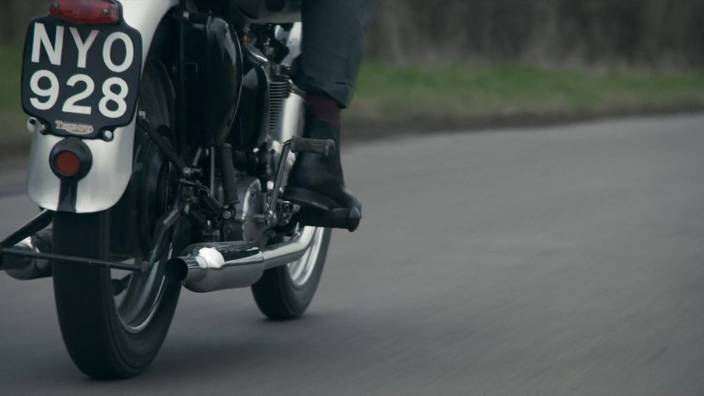 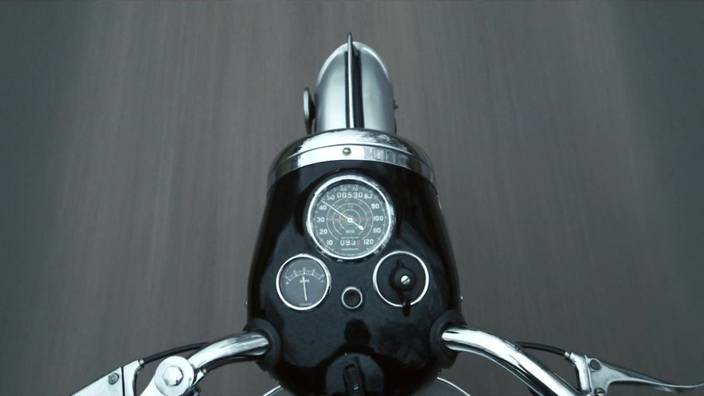 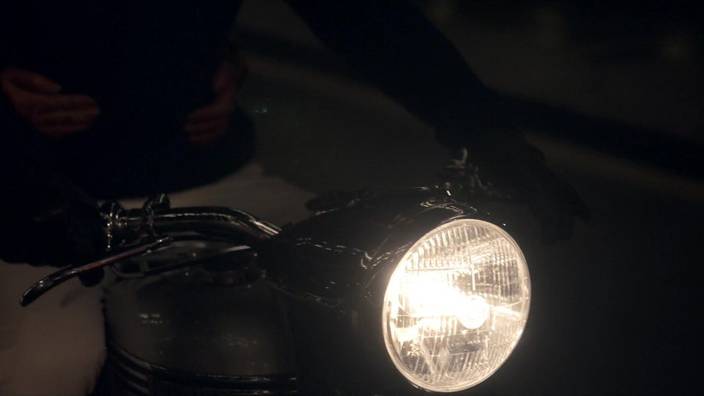 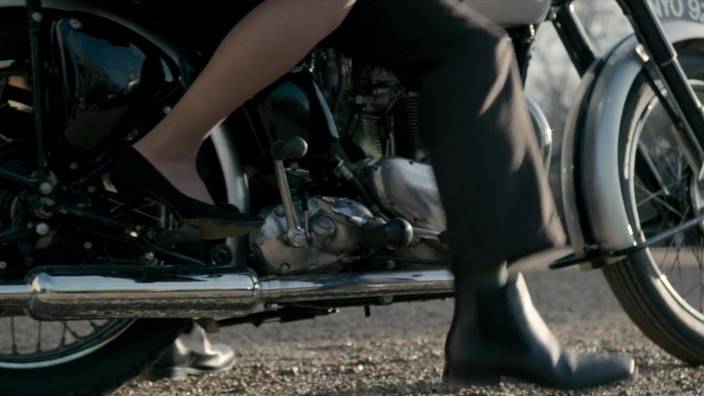 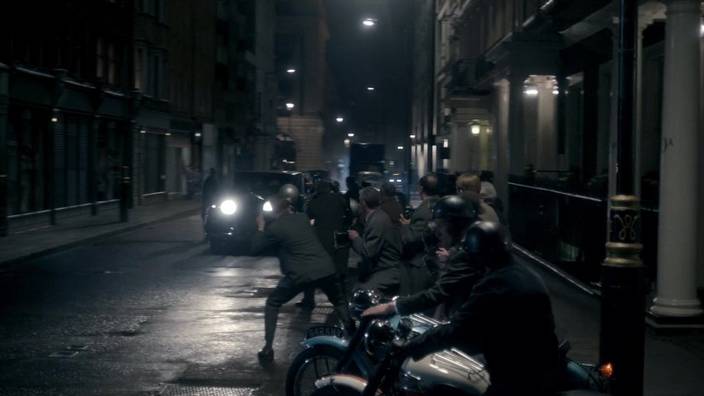 642 KMV, '57 Triumph 650, can't see enough to determine if T-Bird, Trophy or T110. Googling "triumph 642kmv" comes up with a few 650 Thunderbird references and possible pictures of a blue similar, but can't see a definite naming.

It has a headlamp nacelle which rules out TR6 Trophy, we have to call it something and my vote is 6T T-bird. 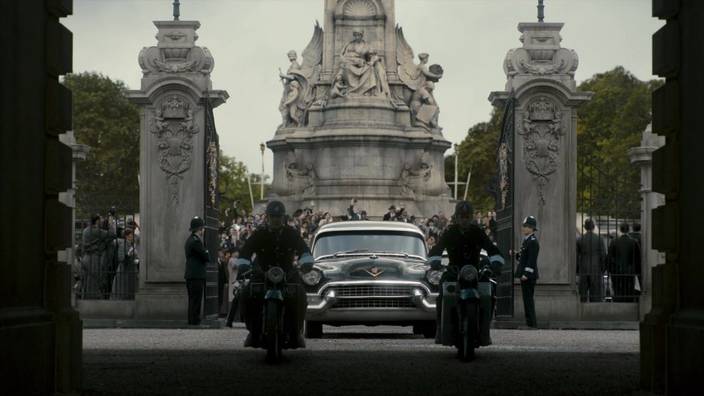 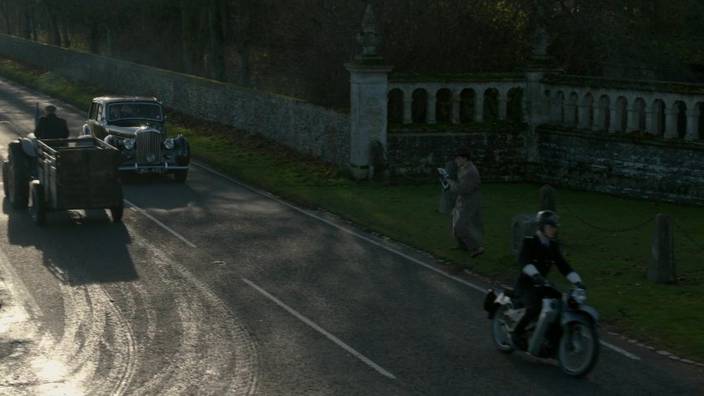 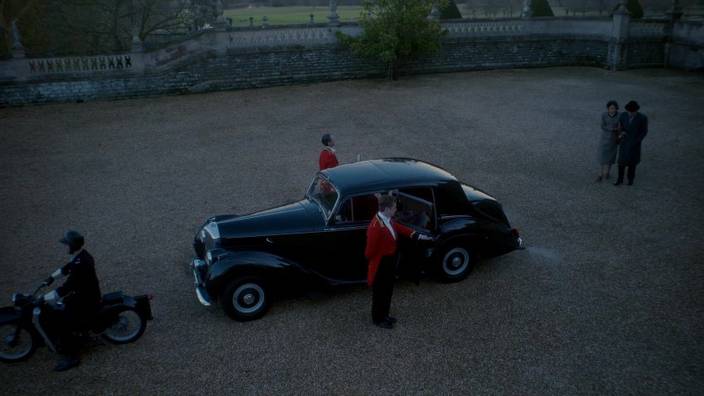