When young reporter and amateur biker Jerry Marsh investigates a mysterious hooded figure on a motorbike, he discovers crooks hiding out in a ruined castle with atomic sabotage on their minds... 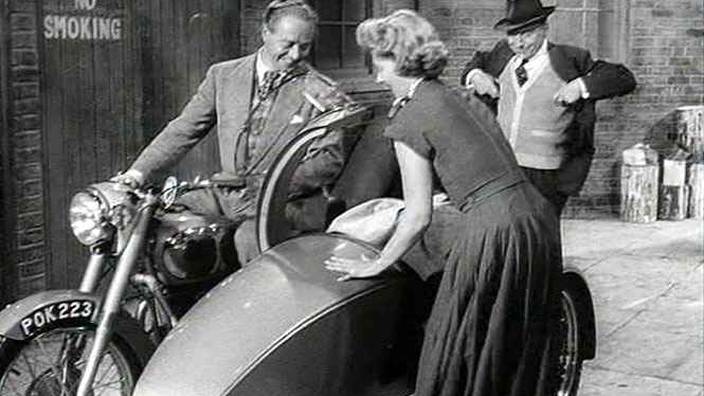 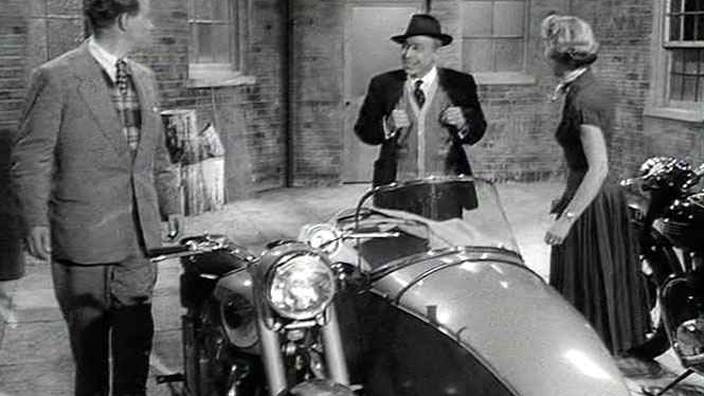 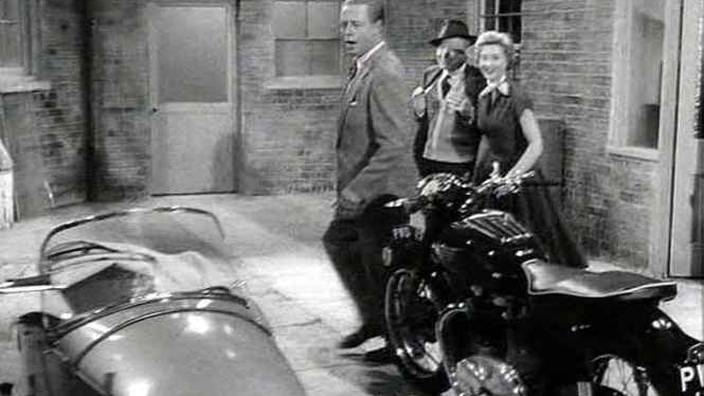 On the right, the black bike. The bike is a Triumph - obviously almost brand new in 1954 because it has swing arm rear suspension which was first seen about then. I haven't worked out yet whether it is a 500 Speed Twin or a 650 Thunderbird.

It is a 1954 Triumph Speedtwin. The Thuderbird didn't get the swing arm rear end until the following year.