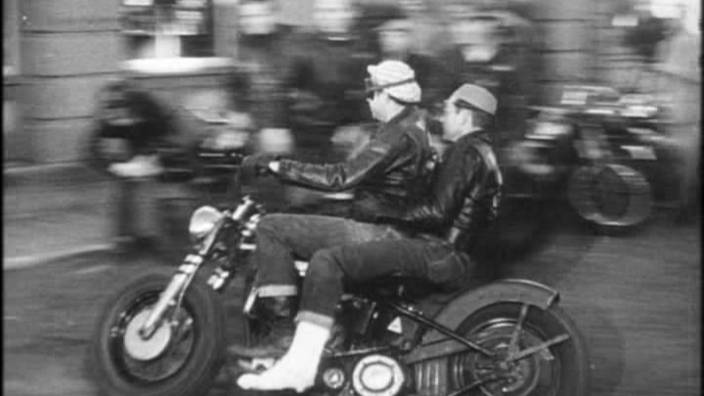 Seen in a movie Jethro is watching in a theater. Harley-Davidson Hydra Glide (???) beaucoup modifiée Il s'agit du film "The wild one" /vehicle_140561-Harley-Davidson-Hydra-Glide.html

Yes, that's apparently it all right, thanks Francisharley. 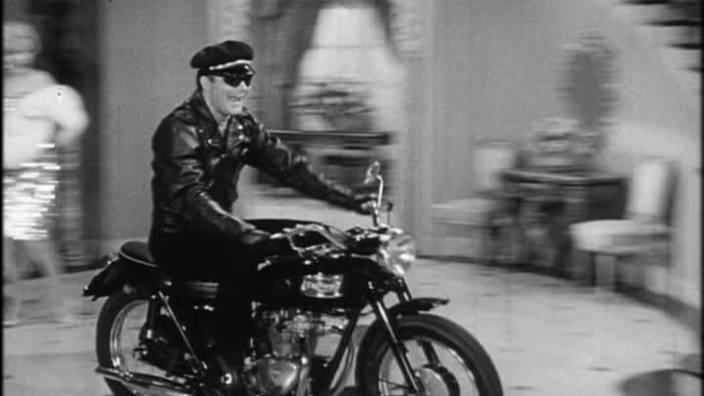 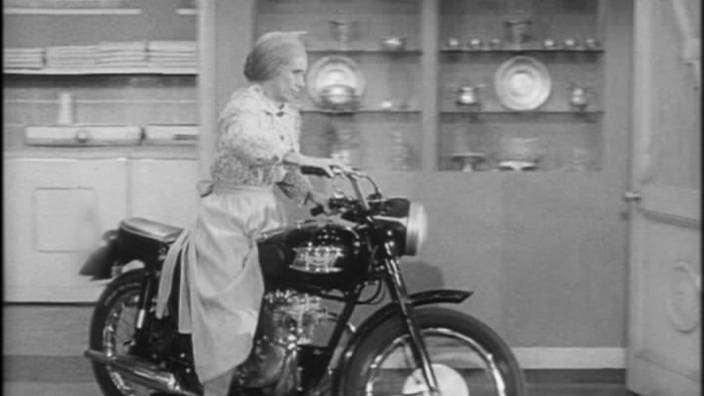 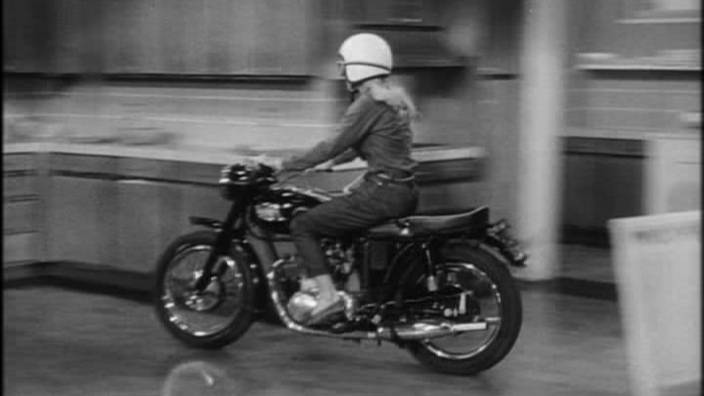 Triumph? The logo seems so. Appears to have alloy barrels, so is a Speed Twin from 1958 or later - it might even be a Tiger 100. And Jethro (Max Baer) appears to be doing his own stunt! 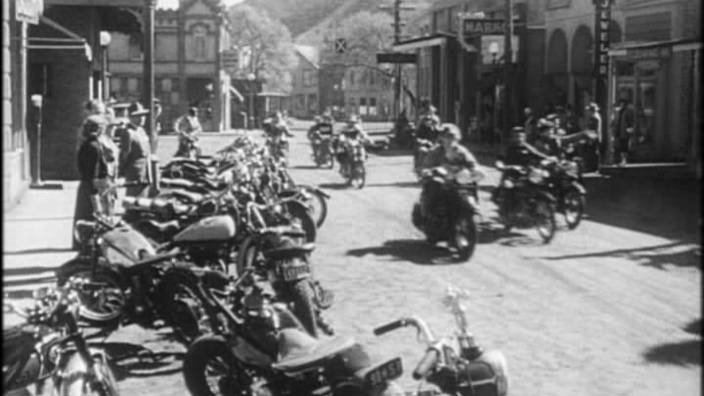 Seen in a movie Jethro is watching in a theater.

Maybe a shot from "The Wild One". The bike centre front is a 1950-on Triumph Thunderbird. On the left is a Matchless or AJS 500cc single from the early 1950s. I think that is a pre-war Indian Chief behind the Triumph. On the left next up from the matchless is a late 1940s BSA 500 single - maybe B33 or M33. I see on imdb there is one pic from this scene. 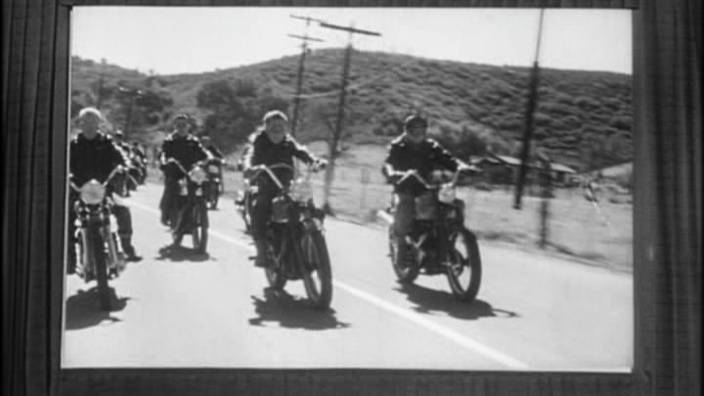 Seen in a movie Jethro is watching in a theater.

Another shot from "The Wild One". The bike in the middle looks to be the BSA single seen in the other pic. The bikes to the right and left look to be British twins but are too blurred to give a good ID.