To work off his tarnished driving record, a hip taxi driver must chauffeur a loser police inspector on the trail of German bank robbers. 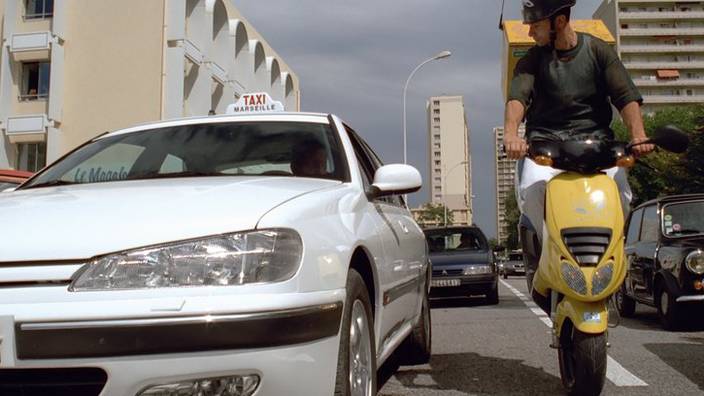 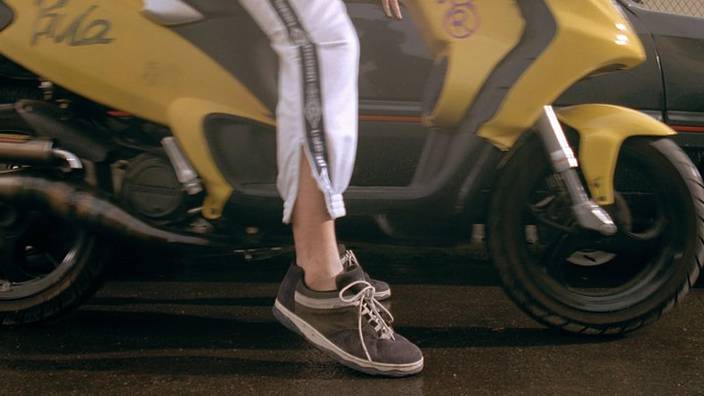 No inverted forks on this one... Exhaust by Gianelli Silencers 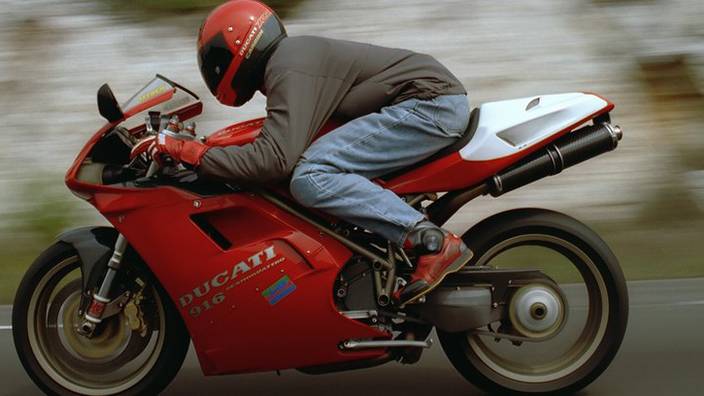 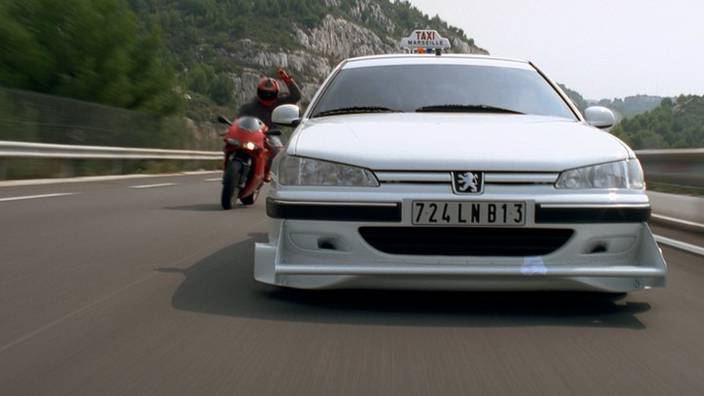 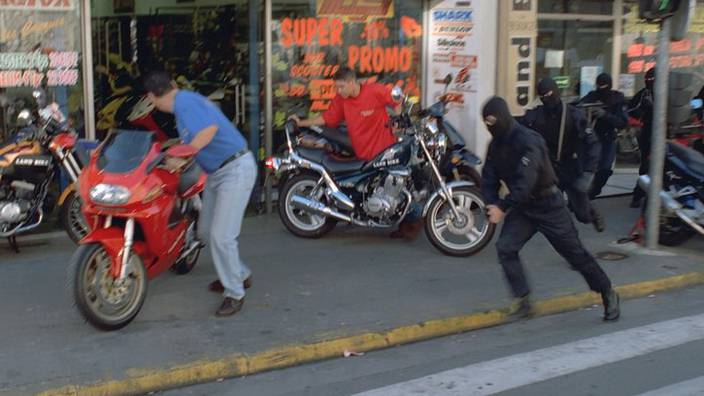 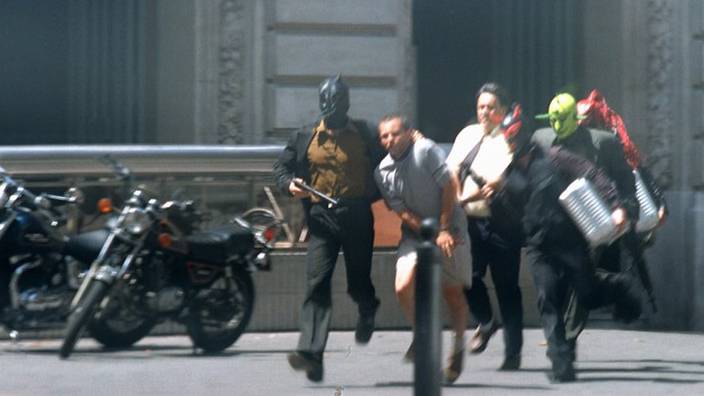 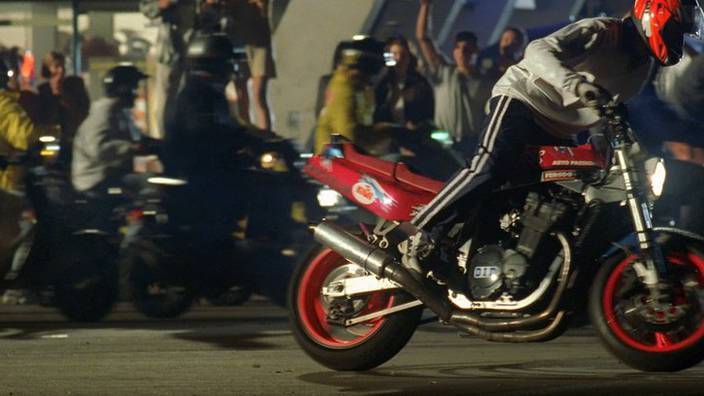 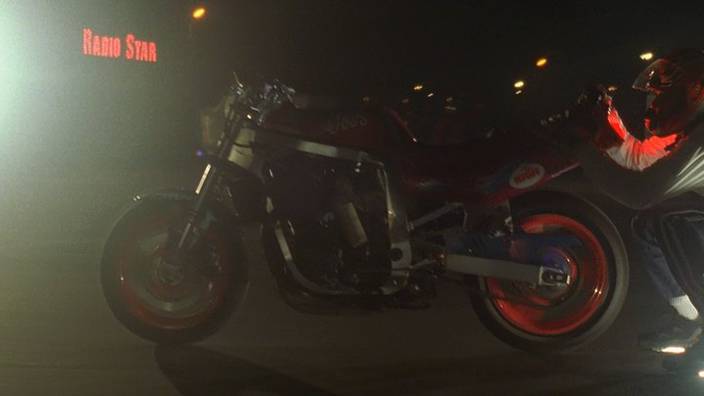 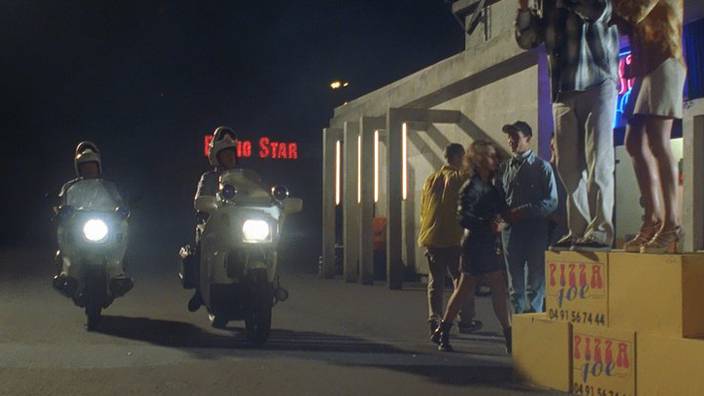 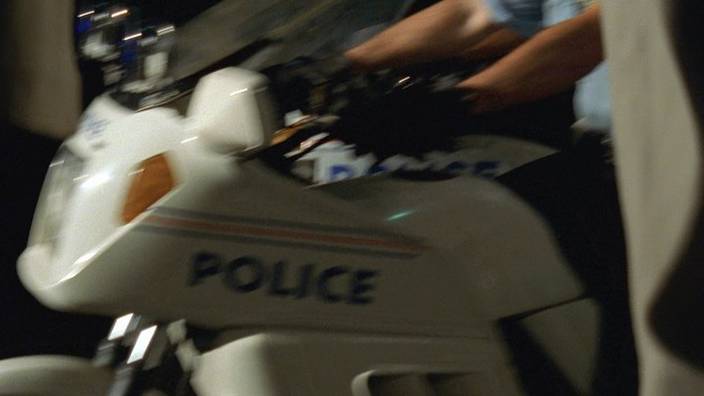 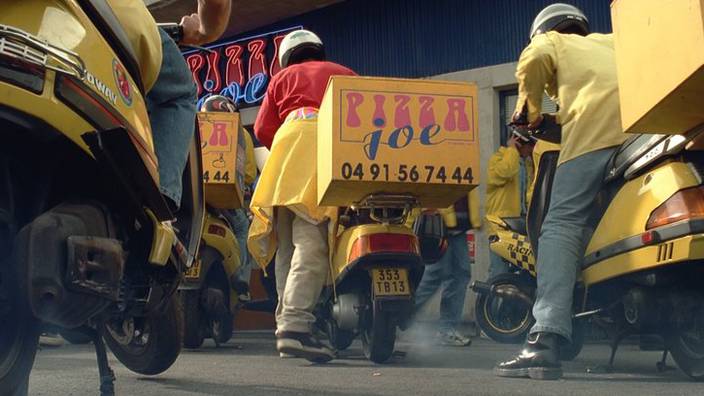 Honda Bali SJ 100, sans certitude I think there are four different types of scooter here? Whilst the left may be a Bali, the one on the right is definitely a Honda Lead (called Aero in the USA). I am sure because I own such a scooter! I'm not sure what the middle/front two scooters are, though. I'll try to get hold of the film to look at some other shots. Yes they are not all the same, but I could not get a good view of each, and as they are not seen for a long time and do not have an important role, I do not think that it is useful to list all of them separately.

Yes, I think having a correct name is more important than having them all. 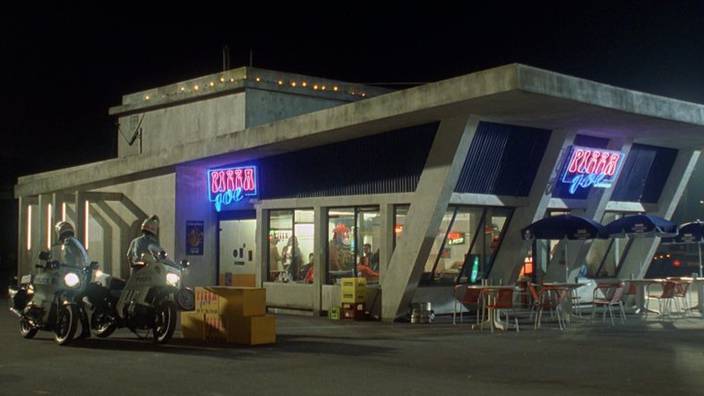 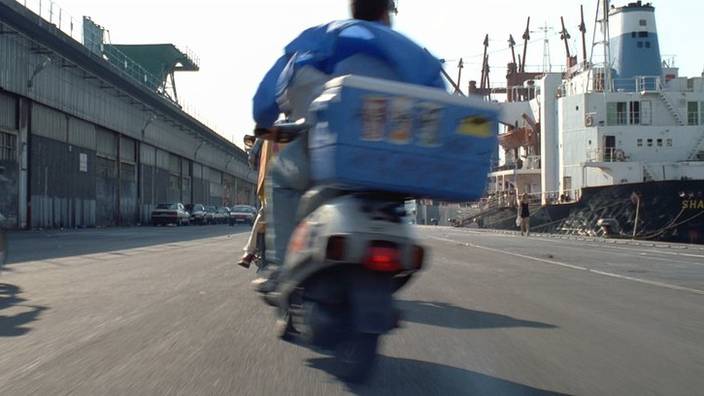 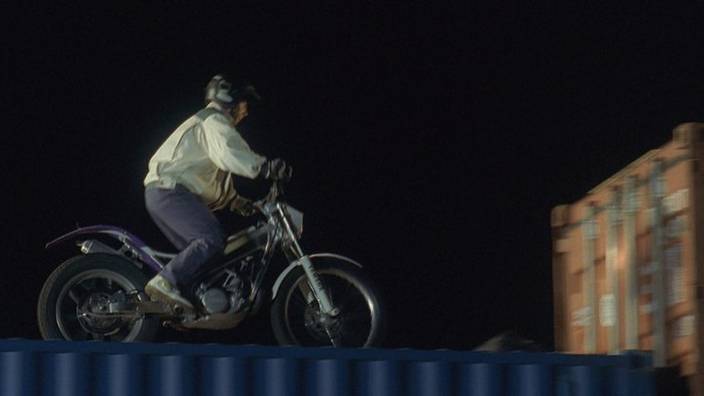 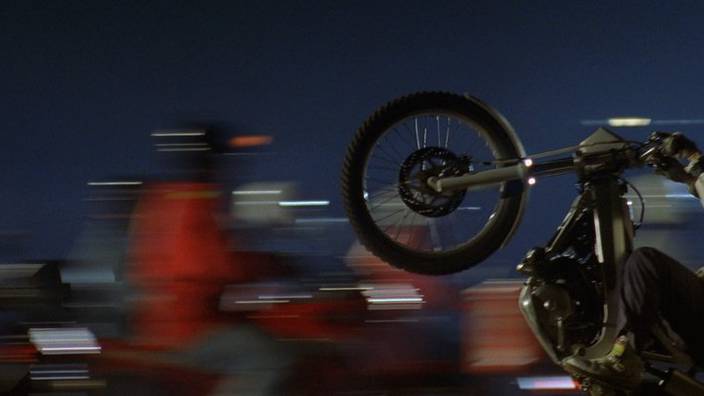 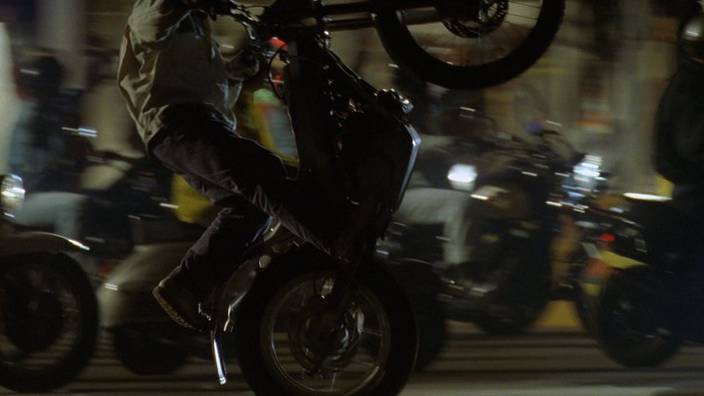 it looks like mid to late 90's trials bike, but hard to tell what. Beta maybe? GasGas??? That looks very much like a Yamaha TYZ 250 I used to own. The age of the film would make it about right too. Look on the fork YAMAHA i think TY 250. 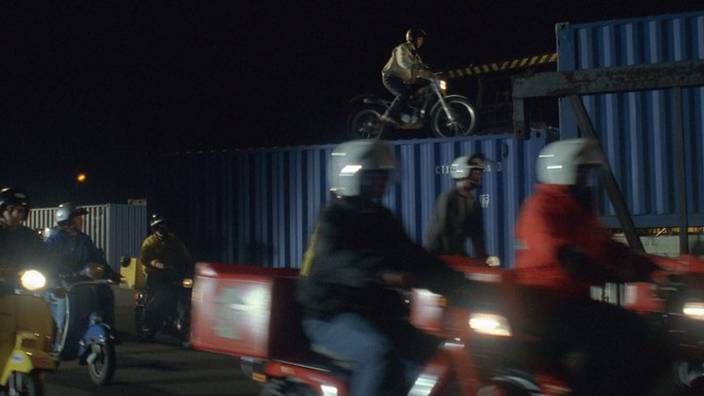 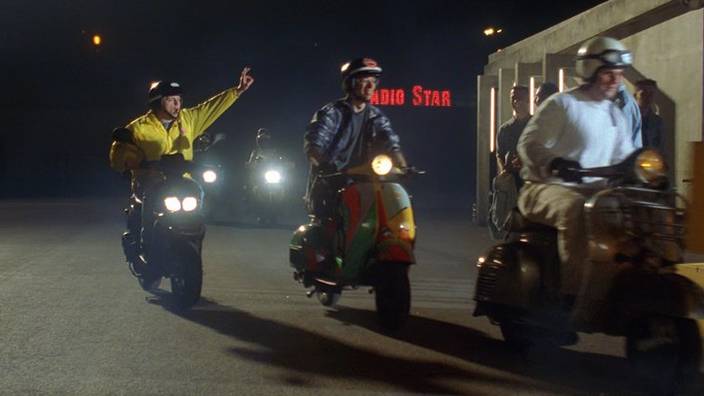 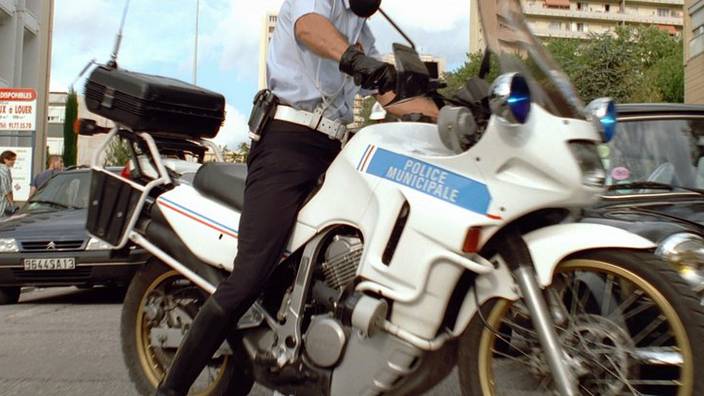 If my eyes don't deceive me I see a rear disc brake, which suggest a post-1991 model. 'Golden' rims were available until 1996 and to me it looks like it already has the revised (post-1993) headlight fairing. My guess is at least a '93 TA. Full model name is Honda XL600V Transalp. Great bike