Singin' in the Rain

A silent film production company and cast make a difficult transition to sound. 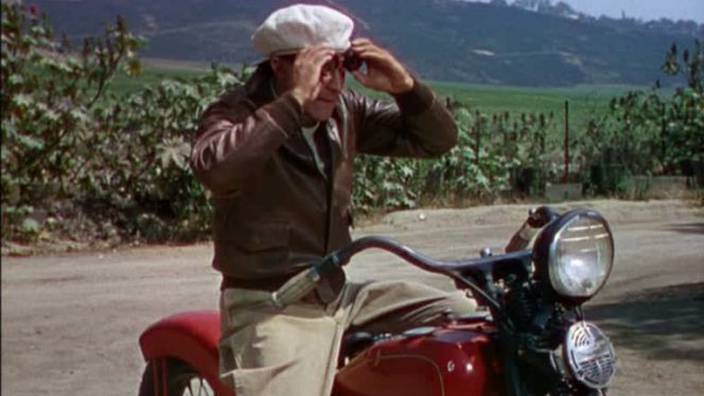 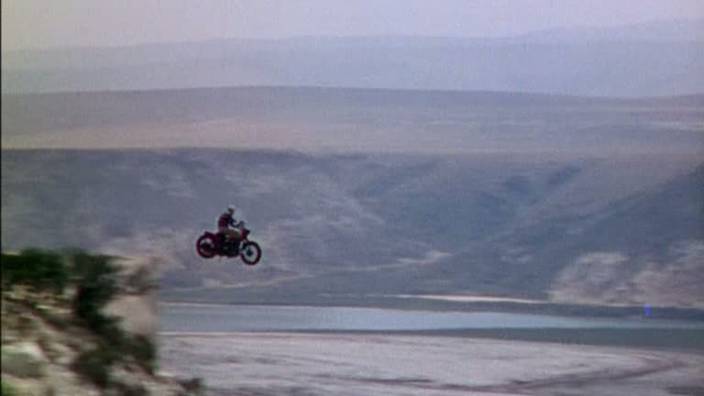 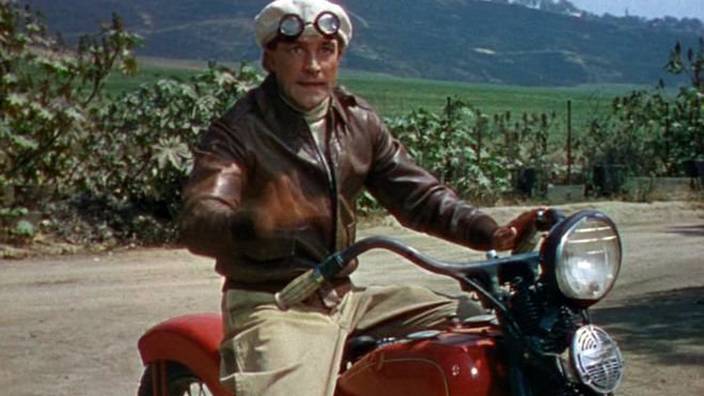 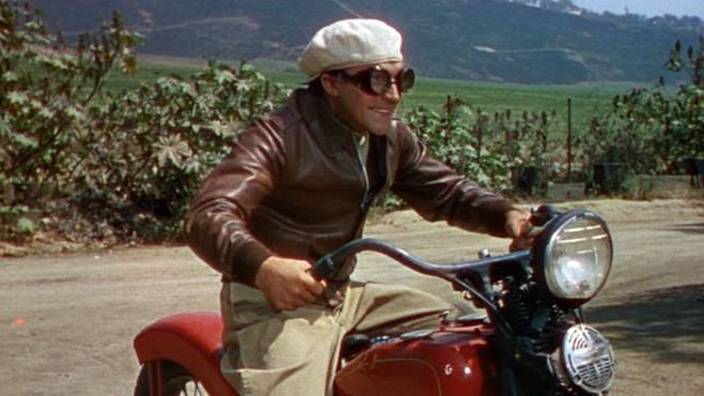 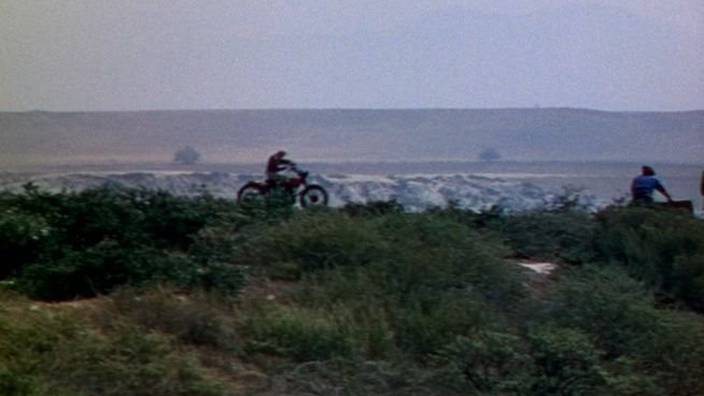 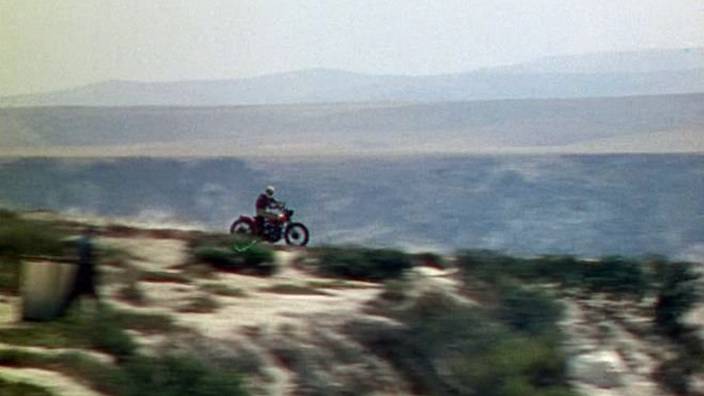 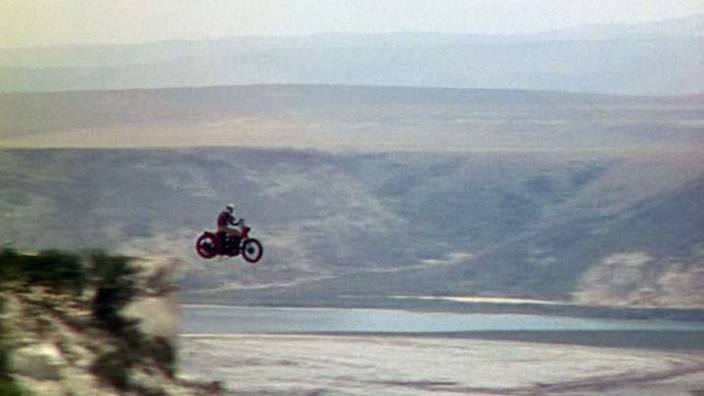 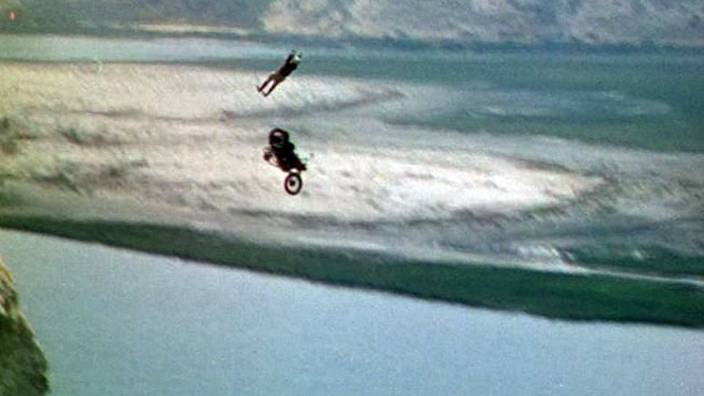 i guess indian I would guess it is a Scout from the mid-1930s. An early example of a chopper where the rear fender has been 'bobbed' and the front fender removed. It has a Harley Davidson front fork and fuel tanks, so I guess it's not an Indian but a (bobbed) Harley Davidson Model V(L) as built between 1935 and 1936