Howard Phillips, a vicar who's new in the town of Bellington, wants to reach out to youth. The previous vicar's daughter, Hester Peters, who fears being a spinster, wants to be his wife. He tells her he's not interested. When he confronts a tough kid about something the youth has done, the lad sets out to frame the vicar. Hester, who's walked in on the confrontation, backs the youth's story. The town sides with her and the lad, turning against Phillips. He has a crisis of faith. What options does he have; can no one help him, his reputation, or his calling? 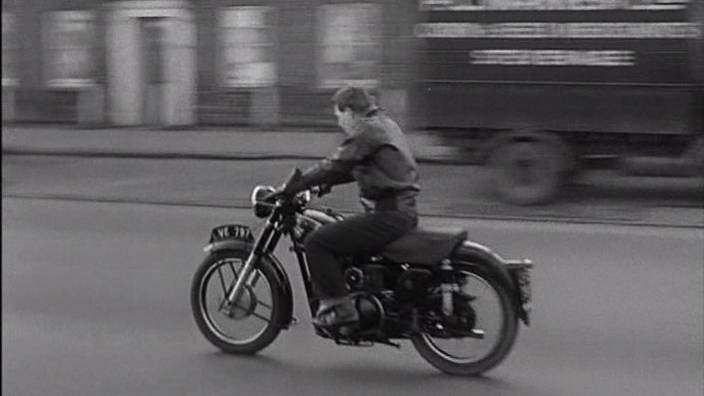 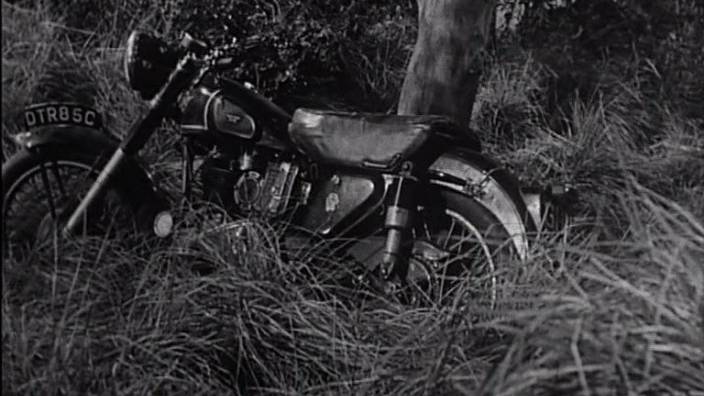 This is meant to be the same bike (seen earlier) ..although it has a different number plate? Matchless G3LS if 350 or G80LS if 500 It has jampot rear suspension and full width front brake so is 1955.

The dual seat got messed up in the crash, of course. Heaven knows what detail showing on the tax disc (not seen in the on-road shot) as front and rear numbers don't appear to match. Presumably DTR 850, rather than an anticipated 1965 plate. 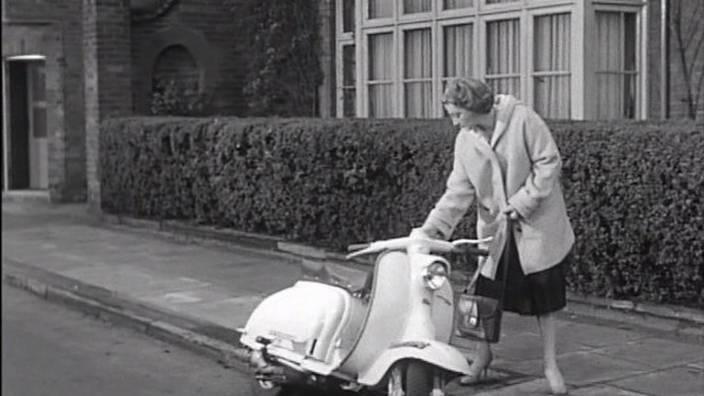 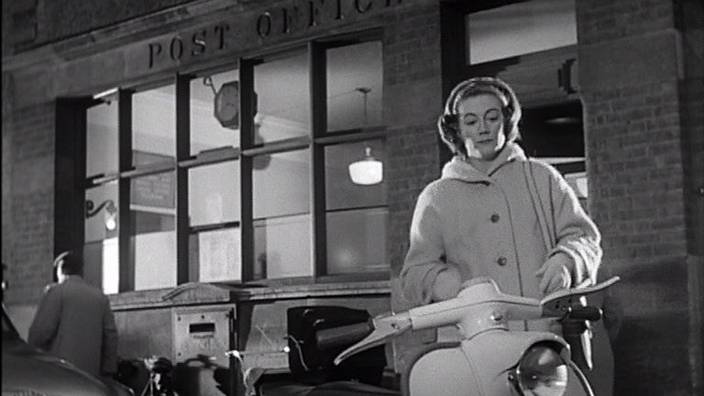