Sid and Nancy screenplay author Abbe Wool makes her directorial debut with this tale of a factory worker name Joe (X front man John Doe) who hits the road on his Harley to scatter the ashes of a co-worker. Joined by wannabe biker Sam (Adam Horovitz of the Beastie Boys), Joe journeys from Los Angeles to Nevada, meeting all sorts of characters (played by the likes of David Carradine, John Cusack, Timothy Leary and Arlo Guthrie) along the way. 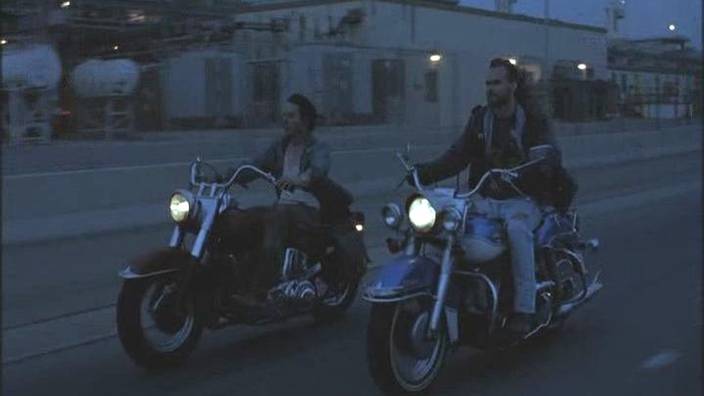 I think that is correct, it's hard to tell from this pictures what engine it has, but regarding the paint scheme it could be a 1966 Harley Davidson FL Electra Glide. 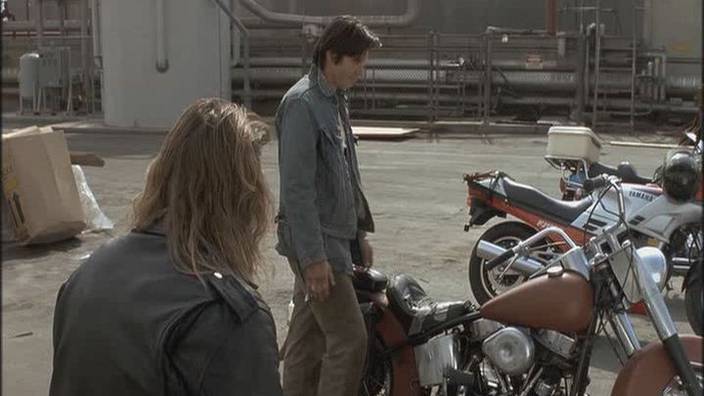 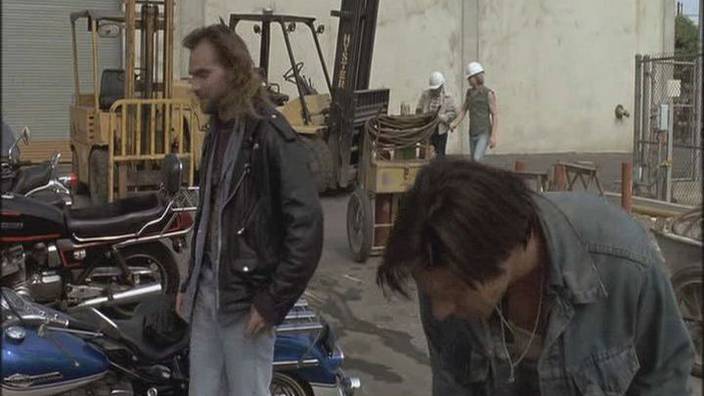 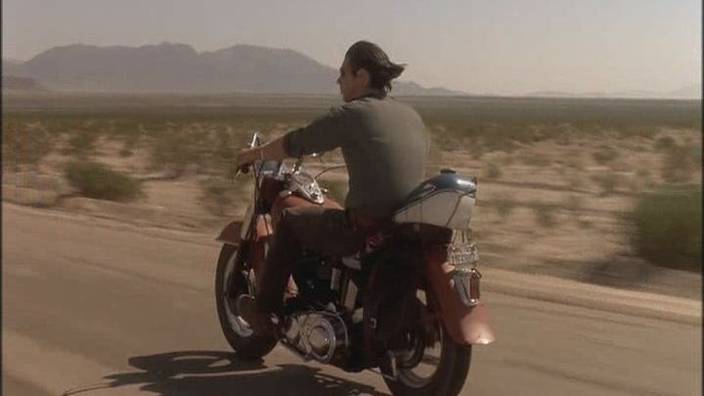 In the movie he says it's a 1957 BTW, it's a 5* because: It's used a lot by the main character of the movie from the beginning to the end of the film (only for this 4****) but also main character uses it to carry with him his fellow's ashes (owner of the other Harley) and that's the reason of the movie...his trip across Nevada 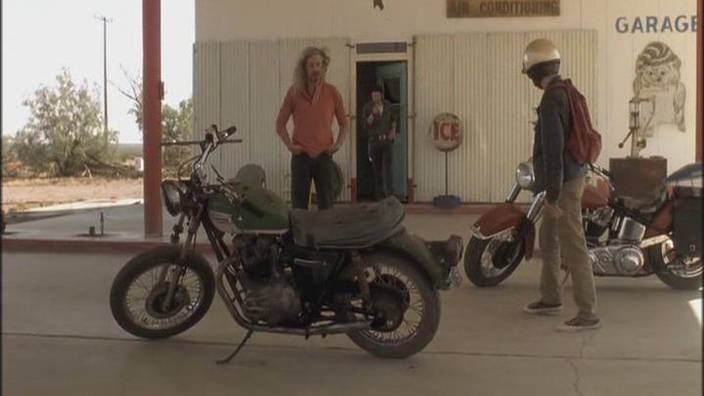 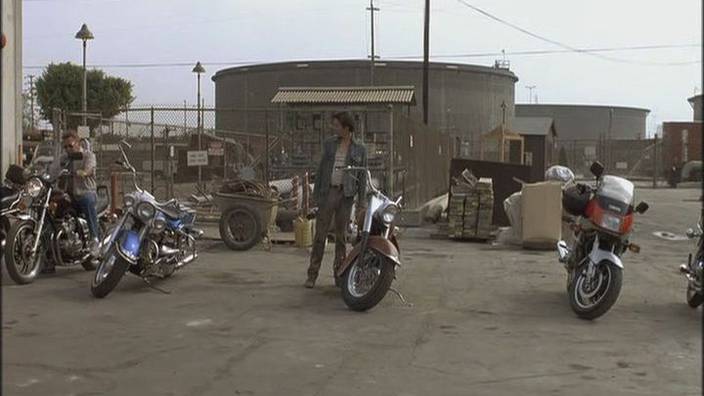