Jacques is a jolly bachelor who lives a wild life with his a mistress Wanda and all he wishes is to go on living the way he does. But Father won't allow. He demands that Jacques get married. More or less reluctantly, Jacques decides to comply but on the way to his father's home - where he is to meet the bride Dad has chosen for him - the young man comes across the charming Simone and falls in love with her at first sight. He elopes her, determined to ignore his progenitor's orders. Little does he know that Simone, the girl of his heart, is none other than the one he was supposed to marry... 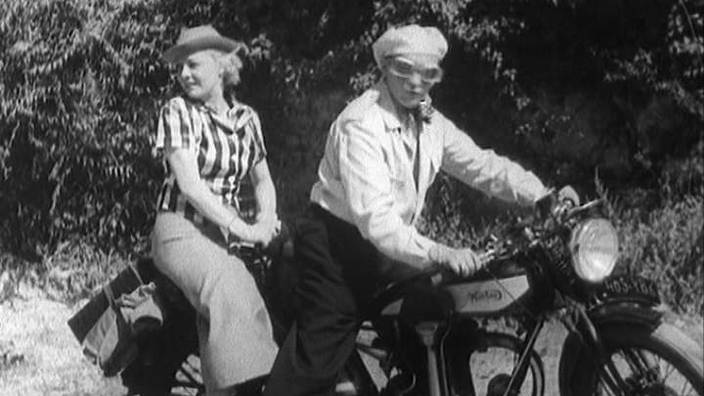 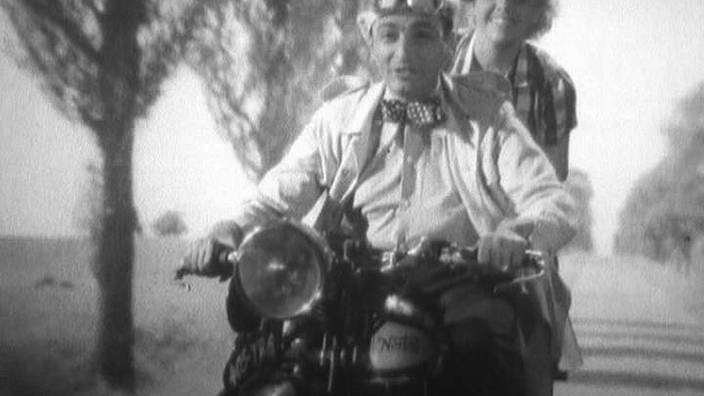 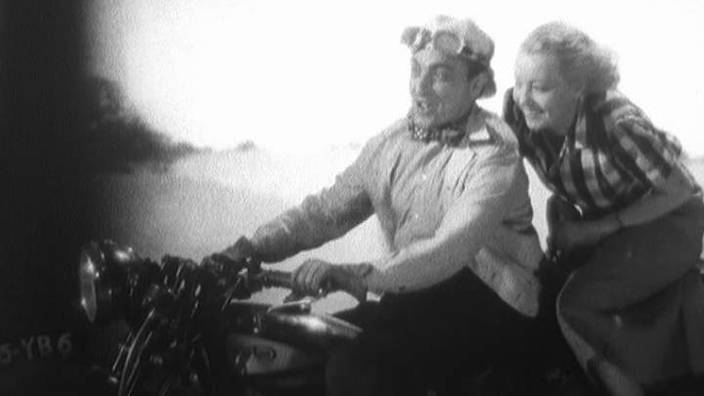 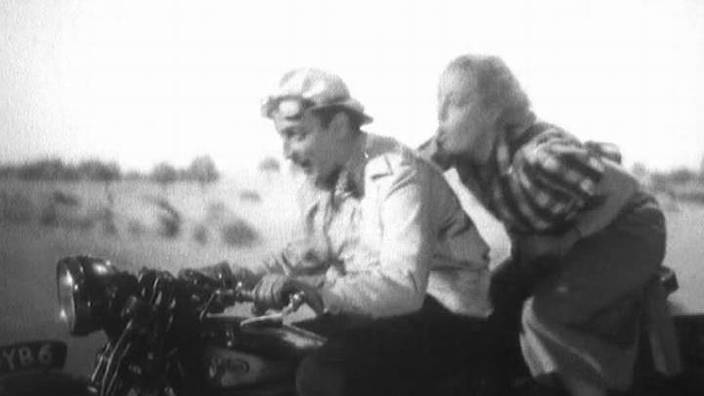 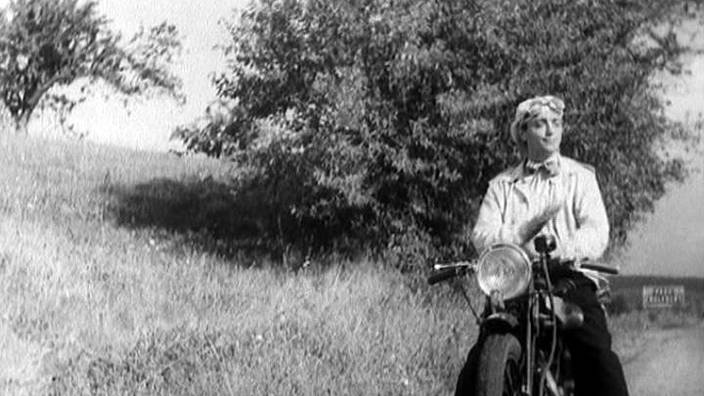 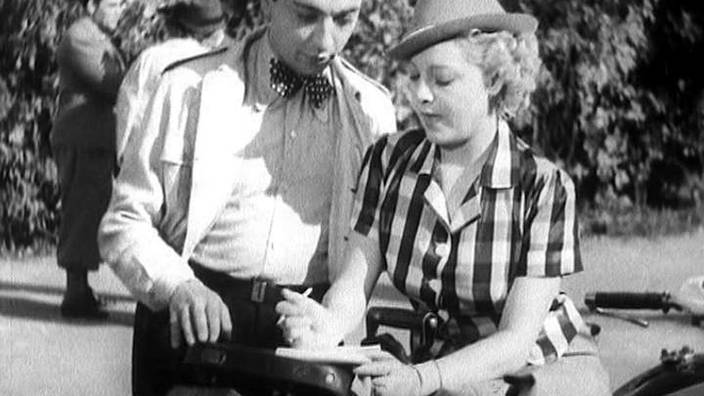 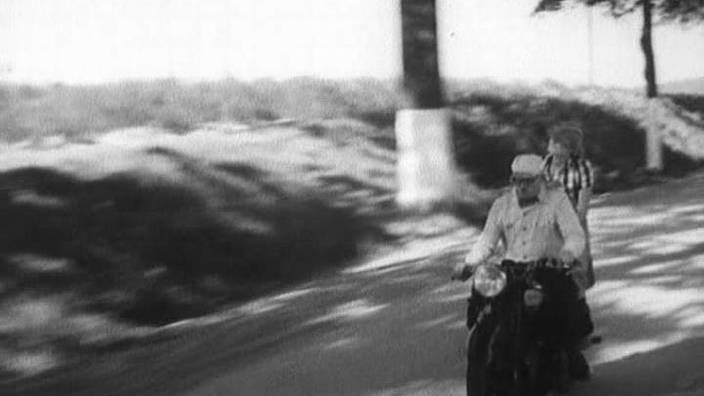 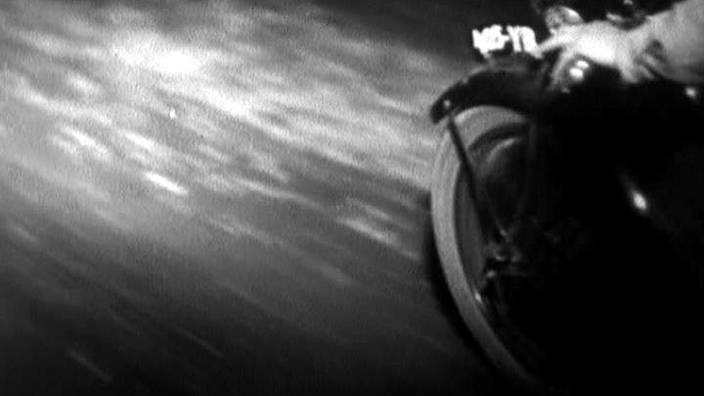 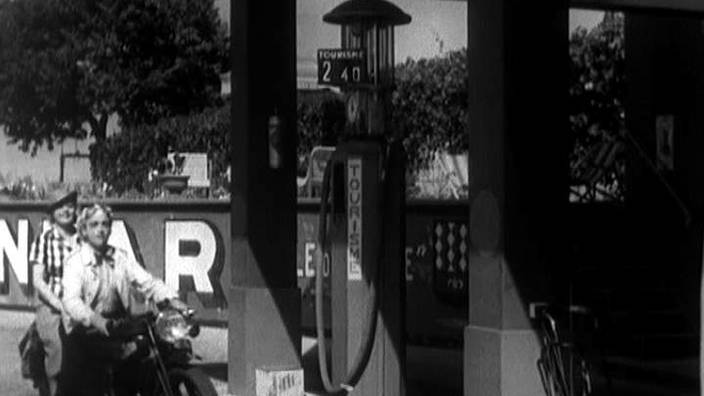 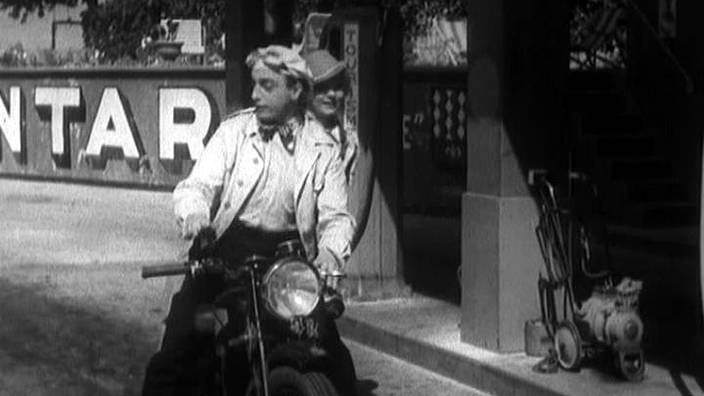 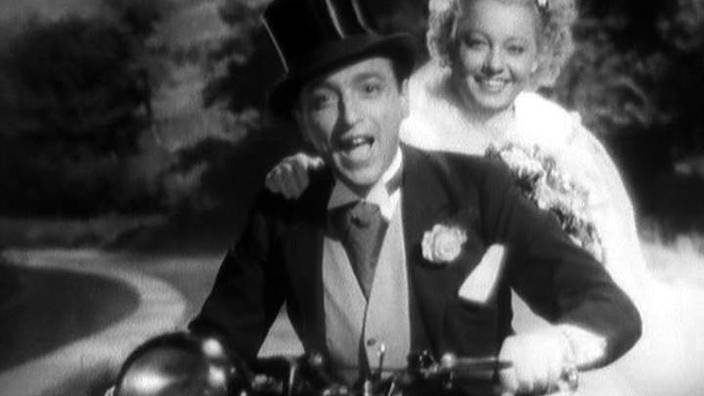 Helmets? .. what for? I like this byke This is a Norton CS1 (for camshaft 1) This is the 500cc overhead camshaft engine that was also used in the factory racing bikes. Date about 1929. Probably as fast as any bike on the road in its day. Correct, it's the first model CS1 with the engine designed by Walter Moore.