Once a Jolly Swagman

Starring Dirk Bogarde, Bonar Colleano, Thora Hird, Sid James and Bill Owen, this British gem was nominated for a BAFTA in 1949. Bogarde, in only his second film, plays the role of Bill Fox, a bored factory worker who becomes a famous speedway star. He meets a glamorous society woman who introduces him to a new and exciting social circle and Bill quickly forgets his working class roots. Bill eventually becomes disillusioned with the Mayfair scene and marries Pat, the sister of his team mate, Lag Gibbon. Back at the track, he tries to form a riders union to ensure families are financially secure should an accident occur on the track. Pat tries to get Bill to pack up racing and open a garage, but Bill refuses and she leaves him. WW2 arrives and Bill enlists as a motorcycle despatch rider but after the war Bill is left with a dilema, should he make a racing comeback or get back together with his one true love? 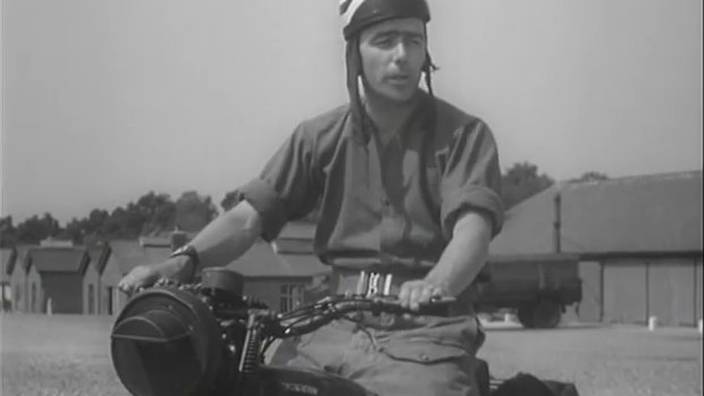 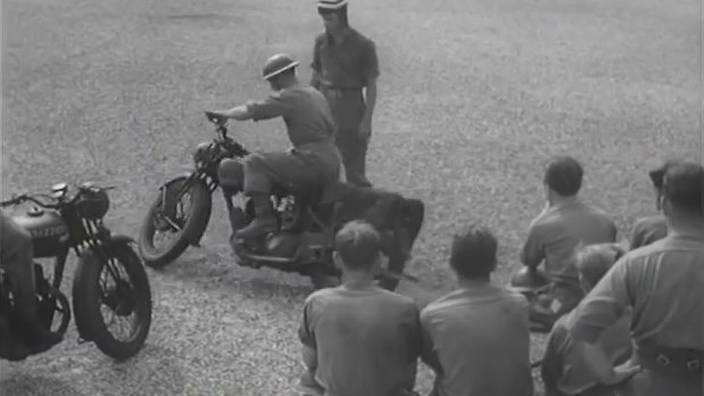 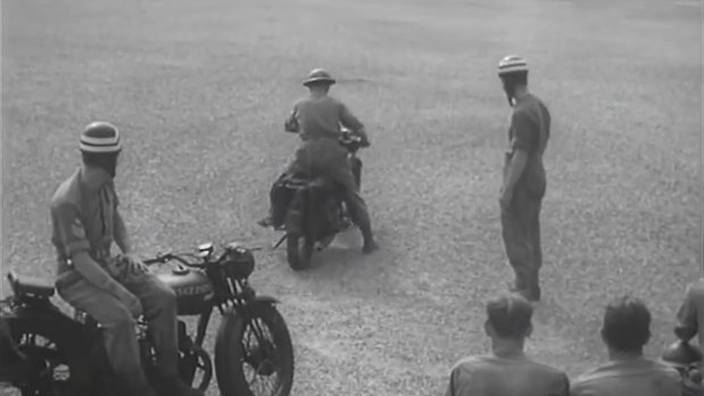 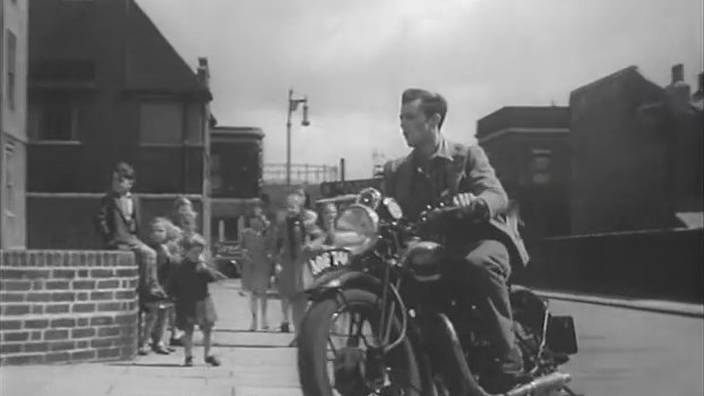 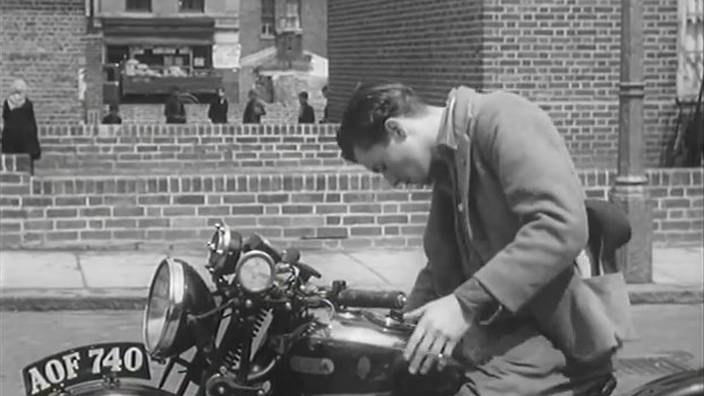 It's a Beezer, can someone date the plate please? AOF 740 = Birmingham, July to Aug 1934 For plate dates 1929-73, this site is fairly good for most normally issued combinations. jfs and I have books which can give further info in some cases and particularly for special series, but the underlying info is basically the same. Thanks The choice of 30's BSA's is bewildering but I think I've narrowed it down to a choice of 2, 350cc R-34 or 500cc W-34.

But be careful, that site is not 100% accurate, I have told them about one glaring error, but nothing has been done about it. -BF is not Lindsey in Lincolnshire, but Staffordshire, issued when the Staffs numbers ran out in 1961. It was originally issued to Dorset in 1903, but the locals would have none of it and complained until it was changed. There may be other errors, but I havent bothered to look.