A fake Fabergé egg, and a fellow Agent's death, lead James Bond to uncover an international jewel-smuggling operation, headed by the mysterious Octopussy, being used to disguise a nuclear attack on N.A.T.O. forces. 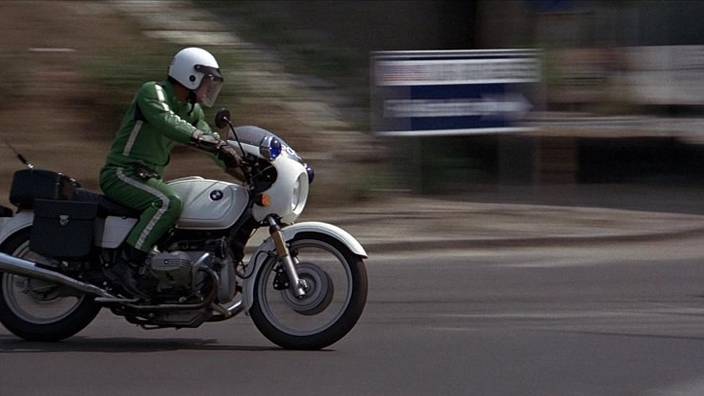 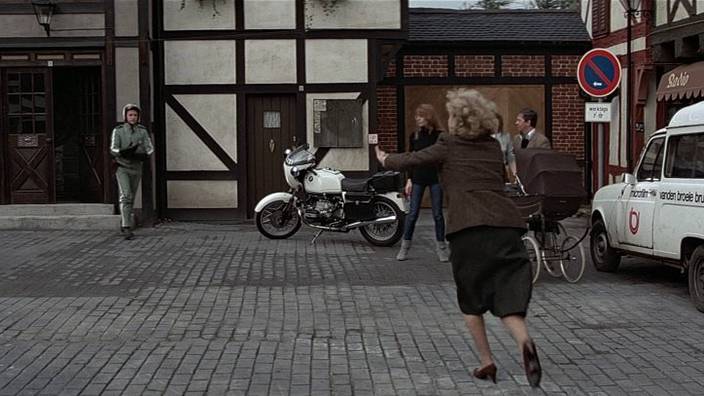 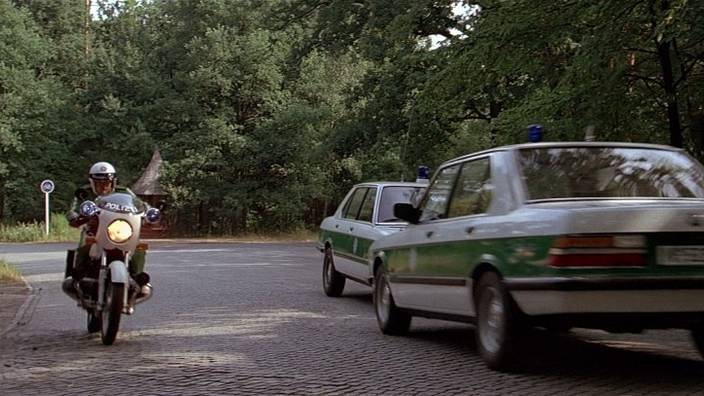 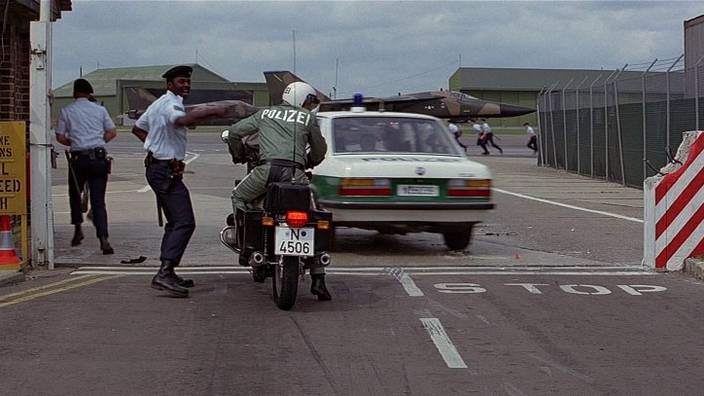 not RS: The R100RS had a full fairing, and the R100S the small forkhead, like R90S Extra Precision: this is a Police version, recognizable by its wraparound front fender. And then as long as I think about it, no way to recognize an R 100 S of an R 80 S, which, it must be said, equipped more administrative services, including German. I know, I have one (R80/7) at home ... Hello, I would say even more...! Given the stirrups and the "Brembo" fork, it must be an R100CS of 81 or 82! 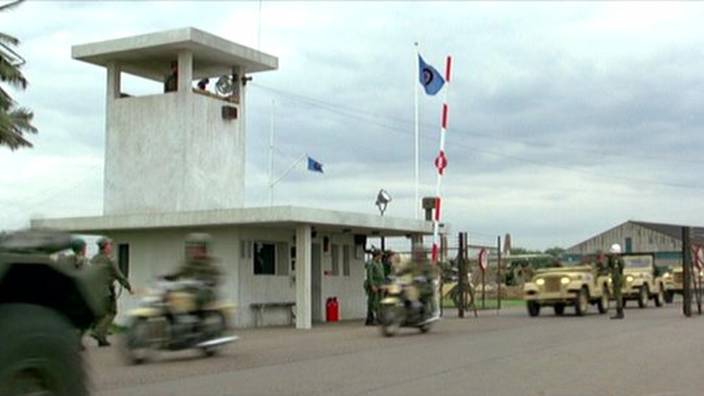 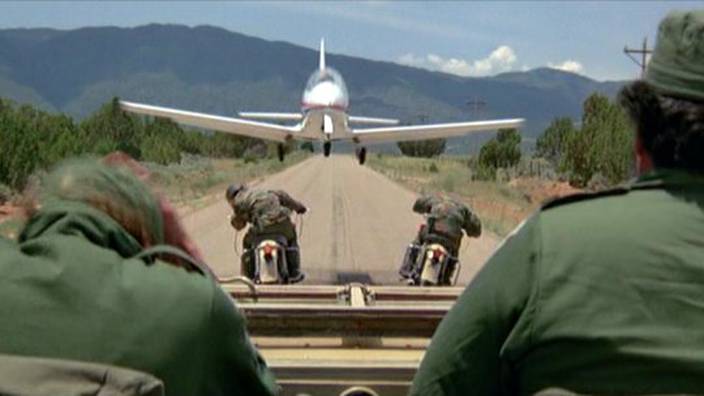 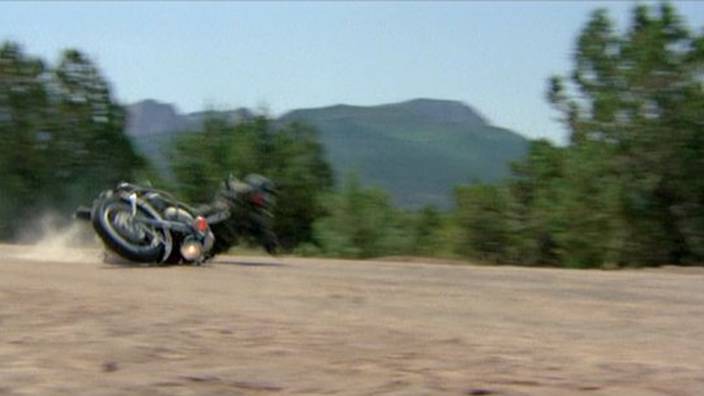 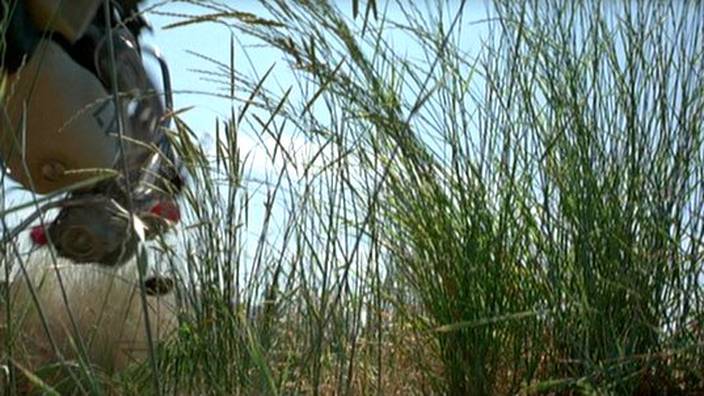 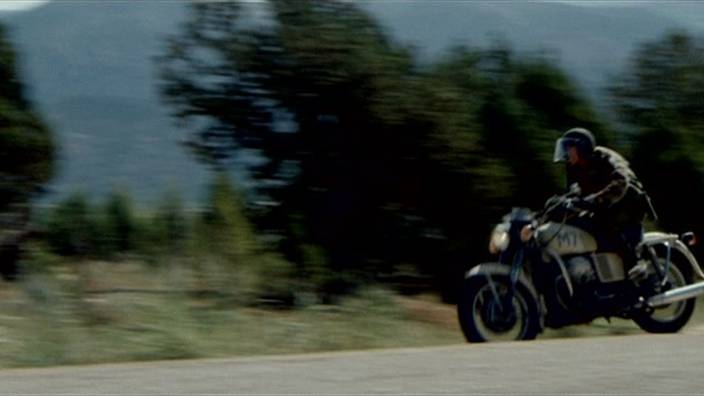 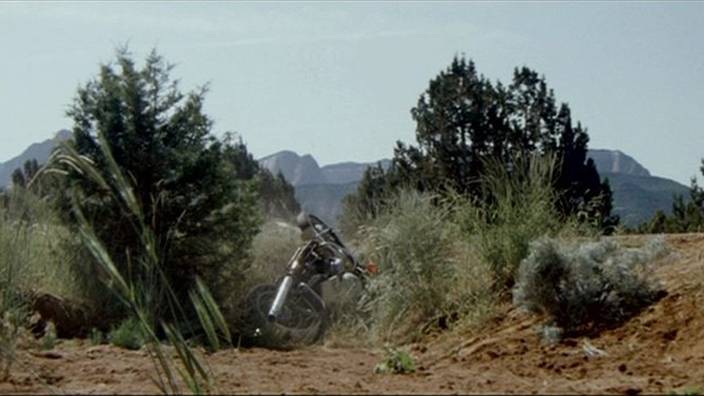 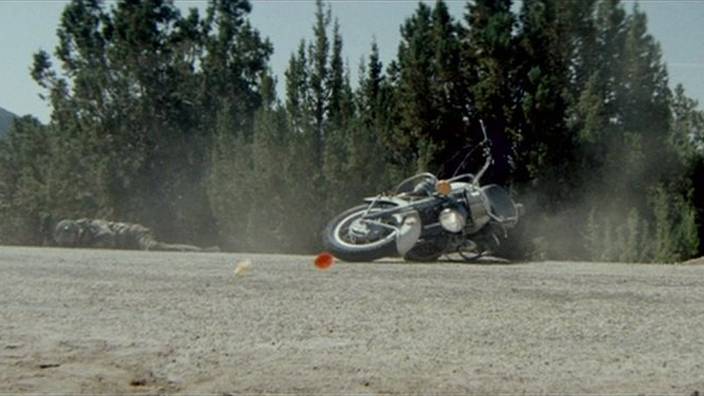 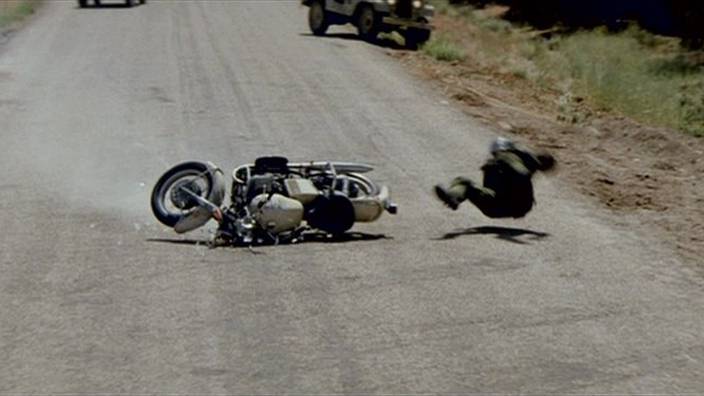 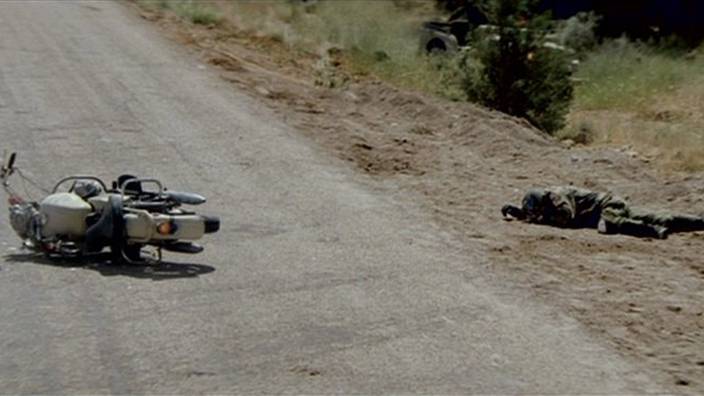 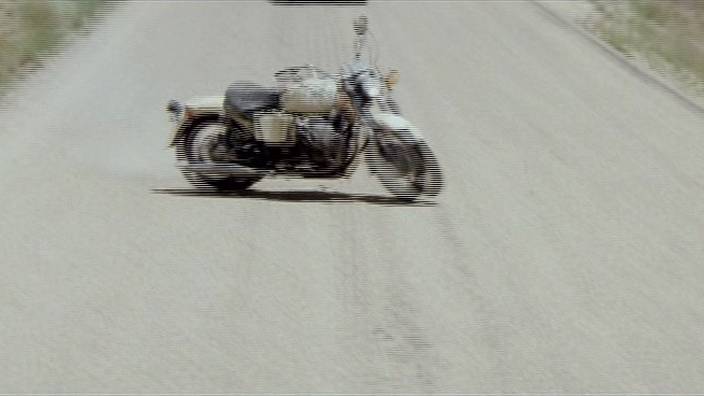 moto guzzi? Looks like it, but we can't really see enough to determine the model. idem itou également... Moto Guzzi V7, built between 1967 and 1969. The last 2 pictures clearly show a drumbrake in the frontwheel and the single meter dashboard.

Some alternate angle shots could confirm the ID: