The first part of the Nora-neko rokku ("Alley Cat Rock") series was originally Nikkatsu Studios' answer to the rivaling Toei Studios' Delinquent Boss series, but spawned four sequels thanks to its popularity. Onna banchô, the first movie in the series, takes place in Shinjuku, Tokyo where rivaling youth gangs are constantly trying to one-up each other in toughness. An all-girl gang led by Mei (Meiko Kaji) gets involved in dangerous circles when Mei's boyfriend Michio (Kôji Wada), wants to join a powerful yakuza organization called Seiyu but inadvertently loses the gangsters' money in a fixed boxing match. Of course, Mei's gang is not going to leave him to the gangsters, especially when helped by an enigmatic and independent female biker called Ako (Akiko Wada). 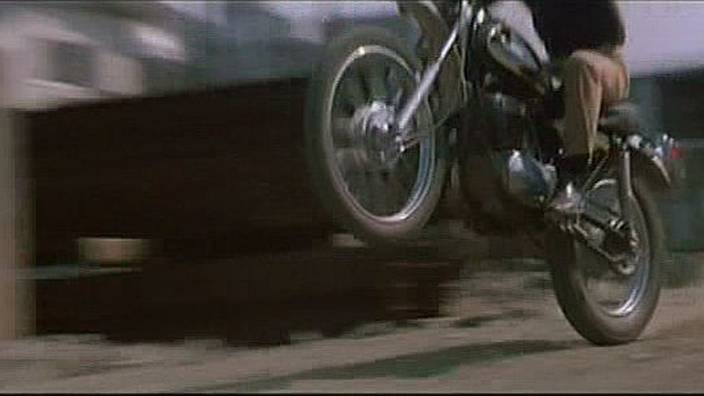 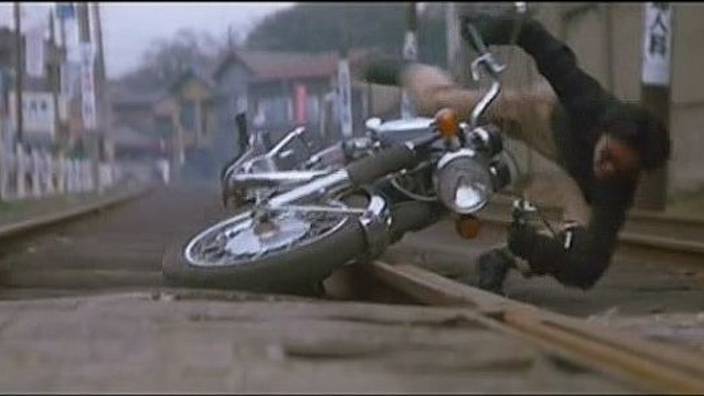 Are there any other pics of this bike? Maybe it was in some of the group scenes, but I am bad with bikes, so, I can't really say.

I think this is a 1969-70 Honda CB450 K1. Note that the footpeg brace goes under the exhaust pipes - a distinctive feature of these. I remember riding one many years ago and that was the first thing to scrape going round a corner. 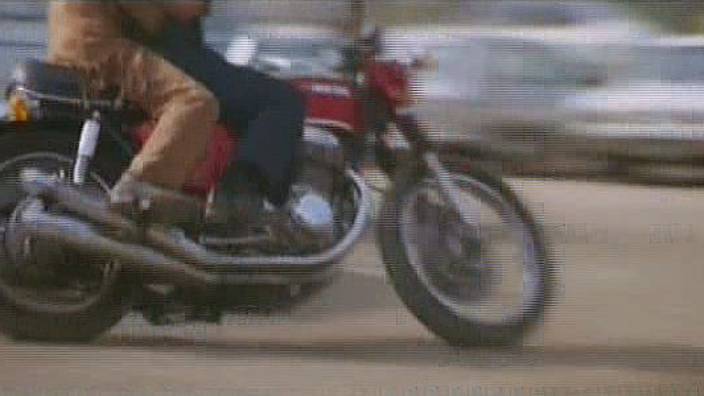 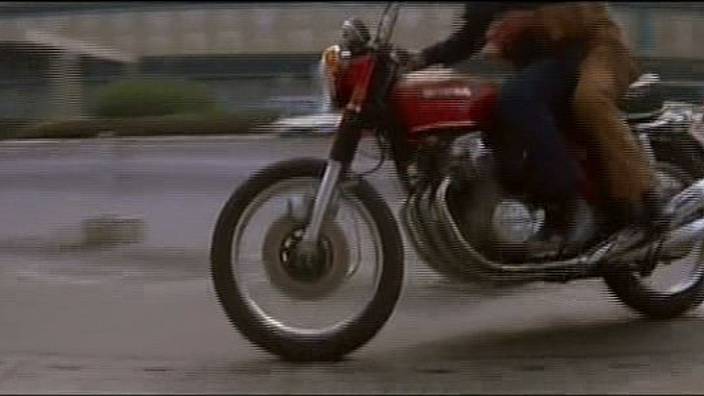 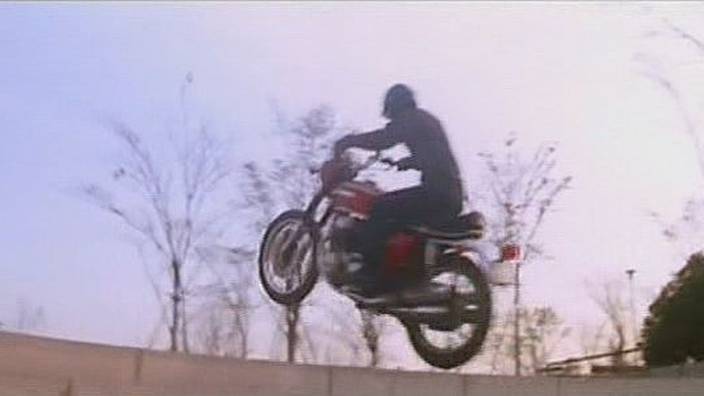 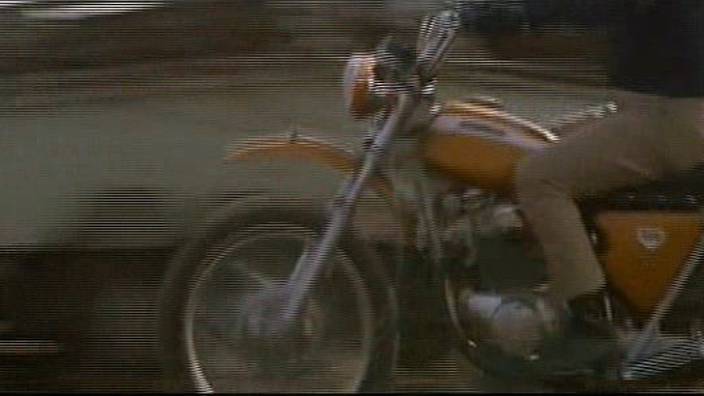 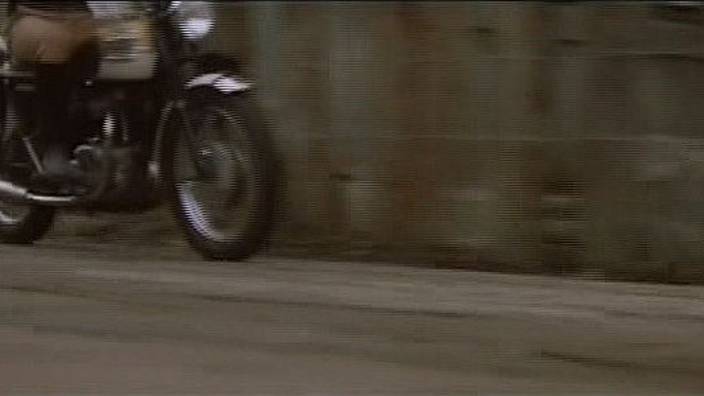 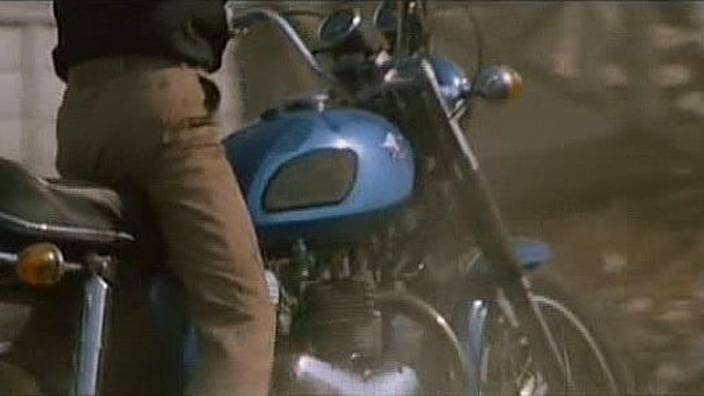