Fang Zhen Dong (Liu Ye) is a patrolling officer in Beijing who one night meets the drunk Li Pei Ru (Shu Qi) while singing karaoke at the KTV place. Li Pei Ru is a real estate agent from Hong Kong who has vowed to make her fortune in the cosmoplitan Beijing, but is caught up in the complexities of life and ends up becoming a mistress of a married man. 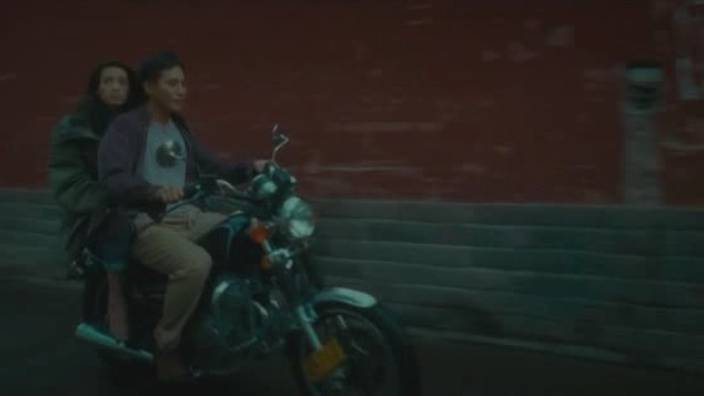 That's a Suzuki GN 250. But...in China? They've been built in China for quite a few years now, both as Licenced products and no doubt rip-off clones, the quality of the Chinese built ones is abysmal. And how do you tell the licensed ones apart from the ripoffs?

Apparently (not 100% confirmed), Japanese built have spoked wheels, Chinese built have Mags, other than that, it's the VIN plate. It's a minefield, so many bikes that we think are Japanese or European are manufactured in China or India so you need to be very careful, KTM's & Harleys from India, BMW's from China, Triumphs from Thailand (Thaiumphs?). Leave it out in the rain overnight and if it's rusty in the morning then you know where it was made.