Al Bundy is a misanthropic women's shoe salesman with a miserable life. He hates his job, his wife is lazy, his son is dysfunctional (especially with women), and his daughter is dim-witted and promiscuous. 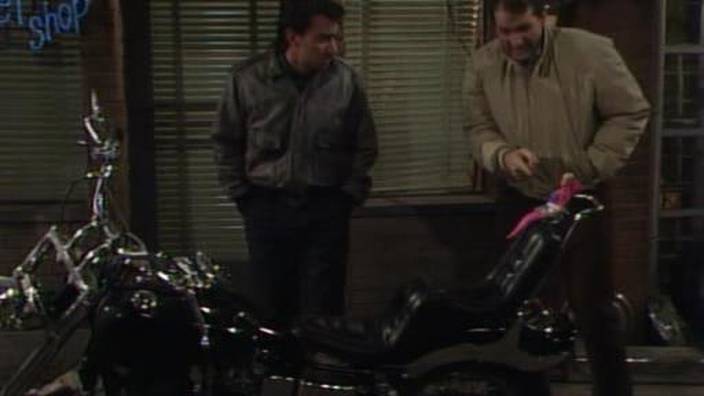 the sad biker another harley ? 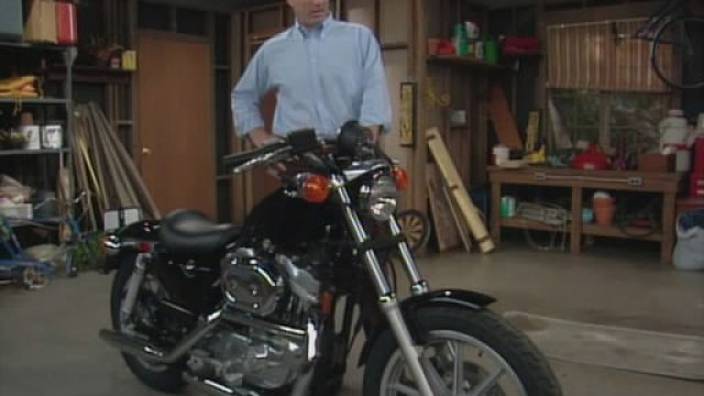 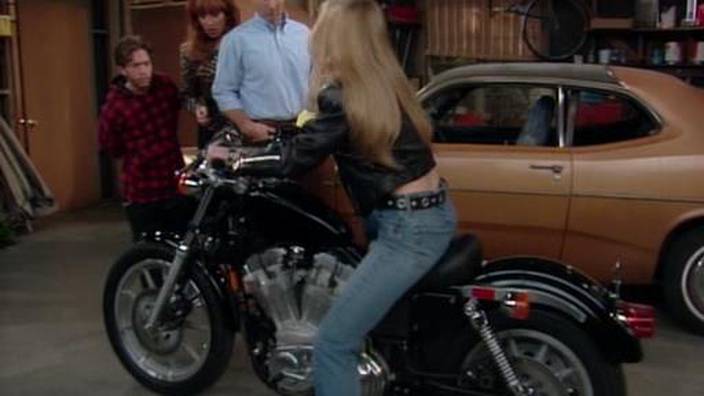 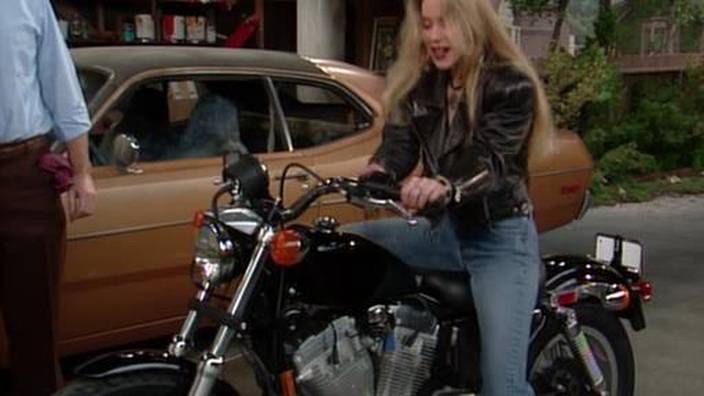 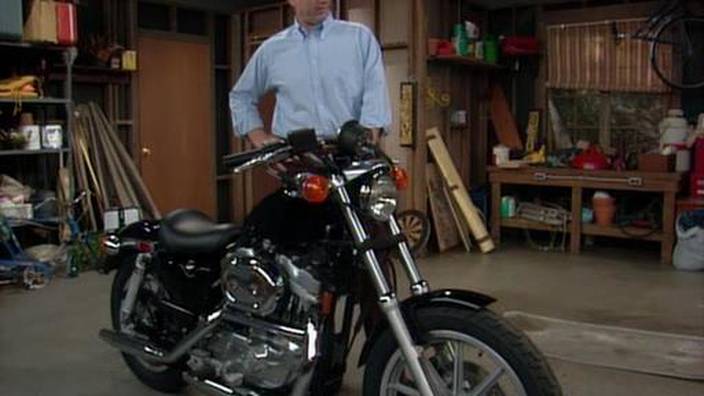 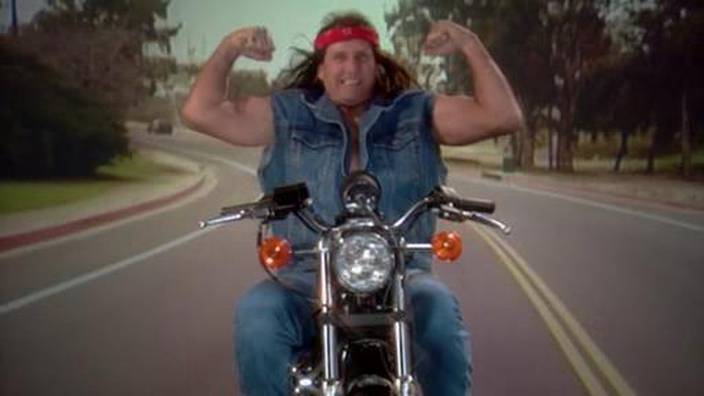 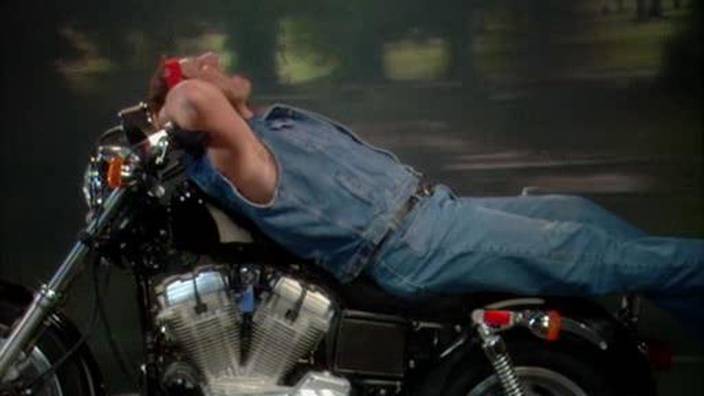 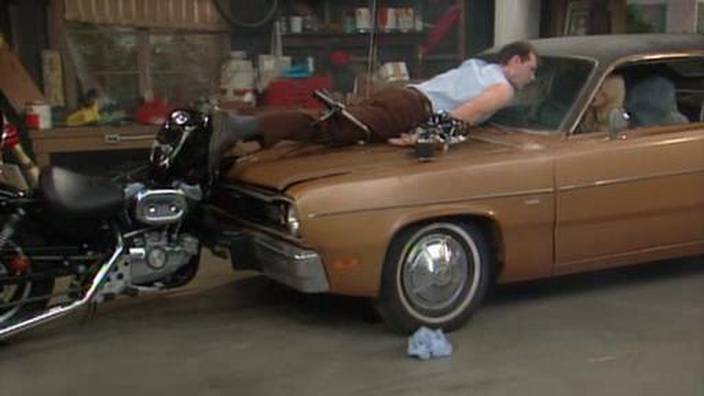 in this episode Al dreams to become a biker and have chicks but when exiting garage crashes headon with his Dodge ( Plyumoth Duster) driven by Kelly HD Sportster? Harley-Davidson Sportster 883 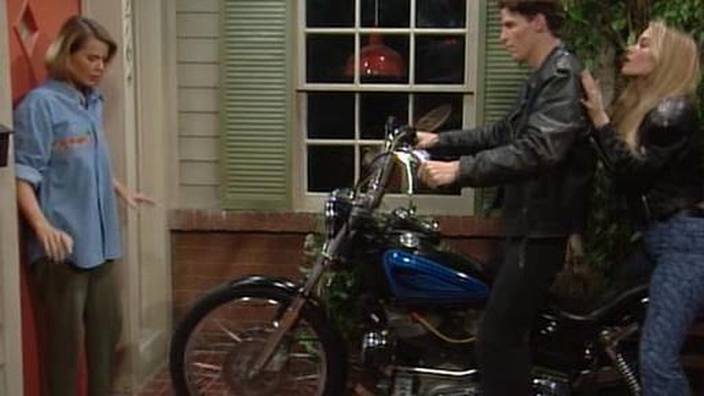 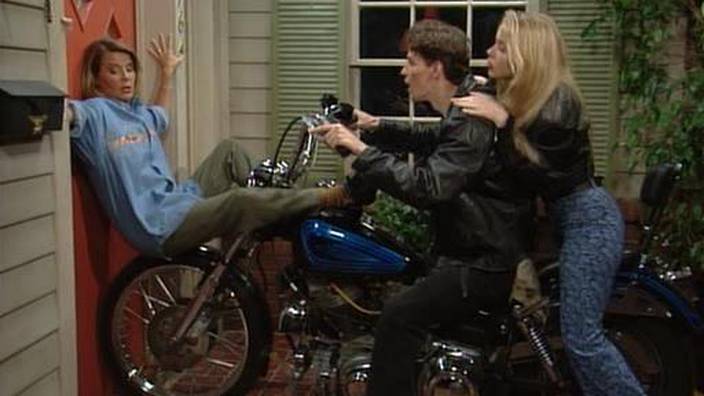 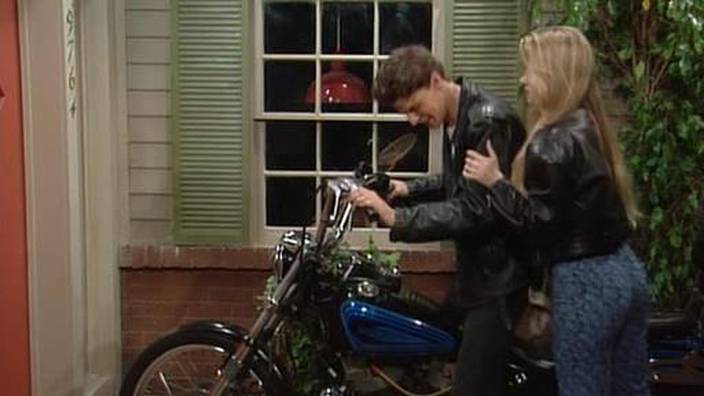 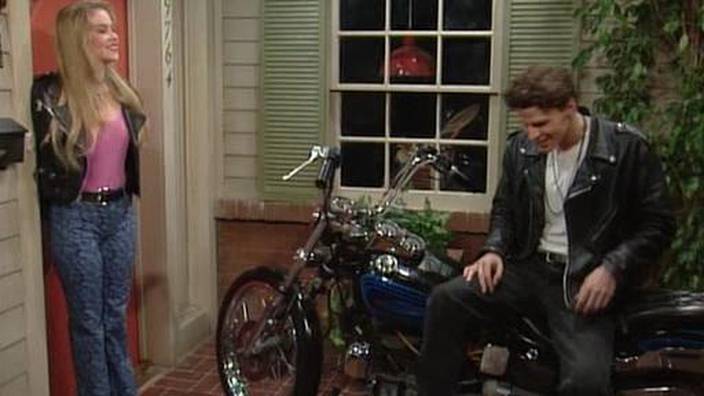 Definitely not a Softail as you can see the rear suspension units. It looks to have been mildly customised but I think it is an FXR Low Rider Custom model from either side of 1990. 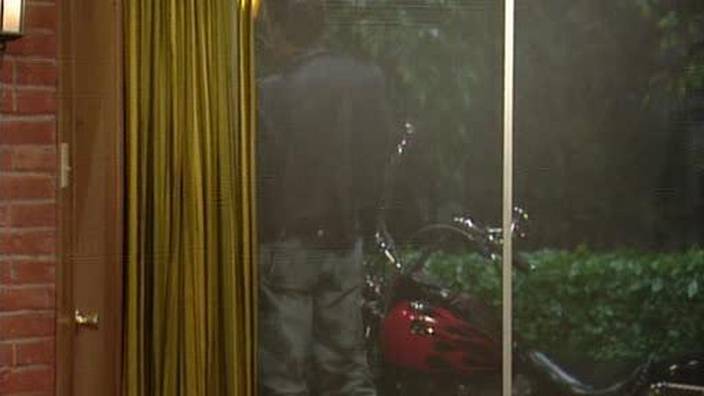 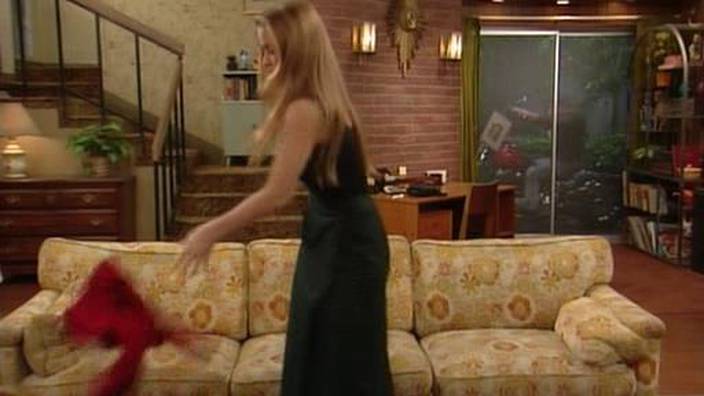 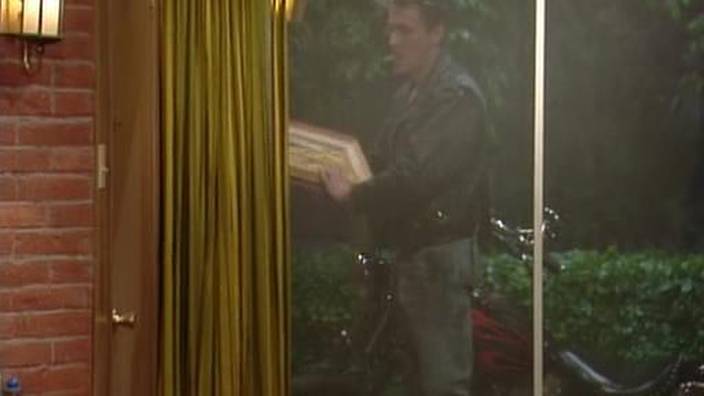 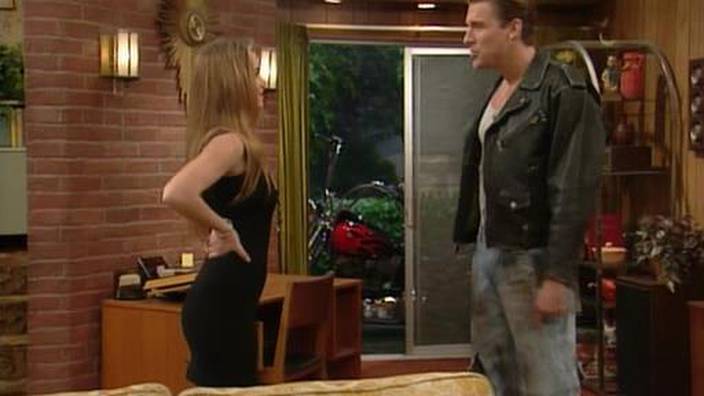