The sequel to the 1987 cult hit The Lost Boys takes us to the shady surf city of Luna Bay, California, where vampires quickly dispatch anyone who crosses their path. Into this dark world arrive Chris Emerson (Hilgenbrink) and his younger sister, Nicole (Reeser). Having just lost their parents in a car accident, the siblings move in with their eccentric Aunt Jillian and become new prey... 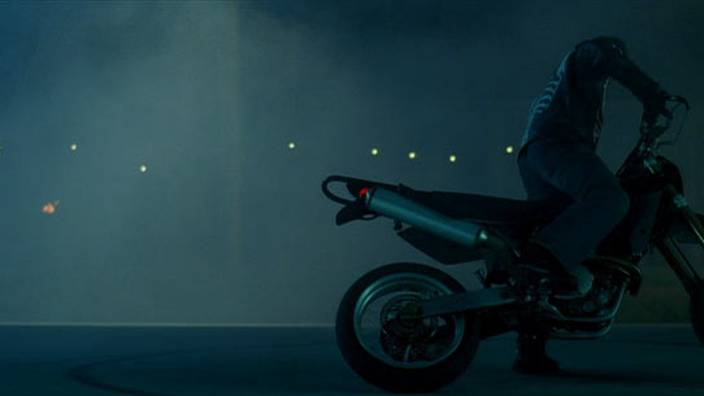 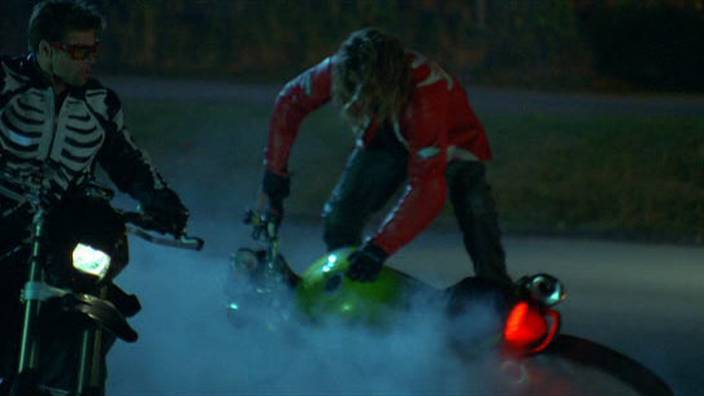 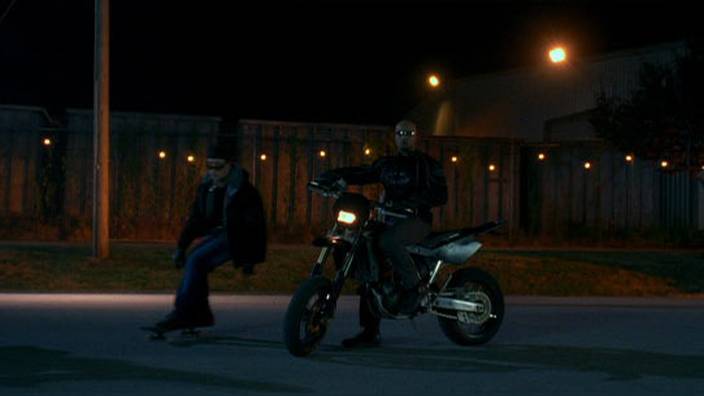 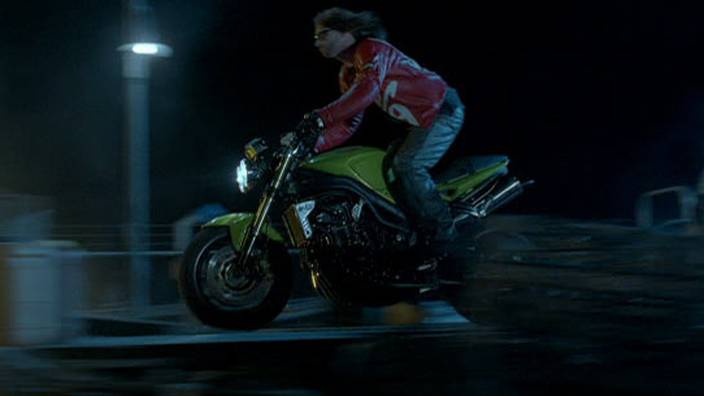 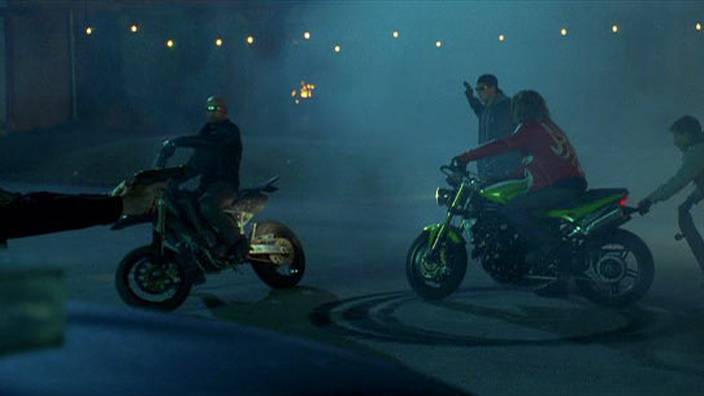 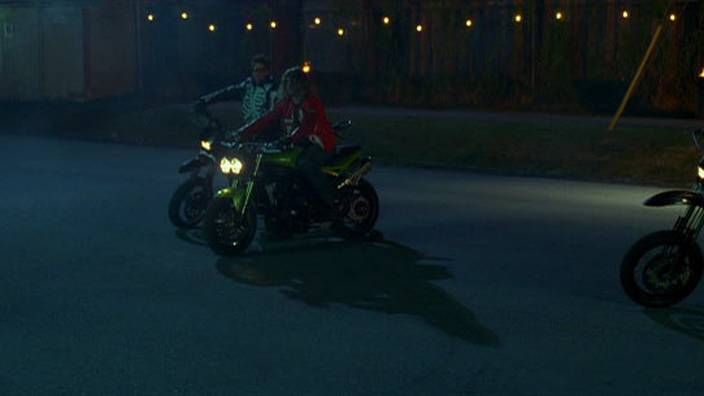 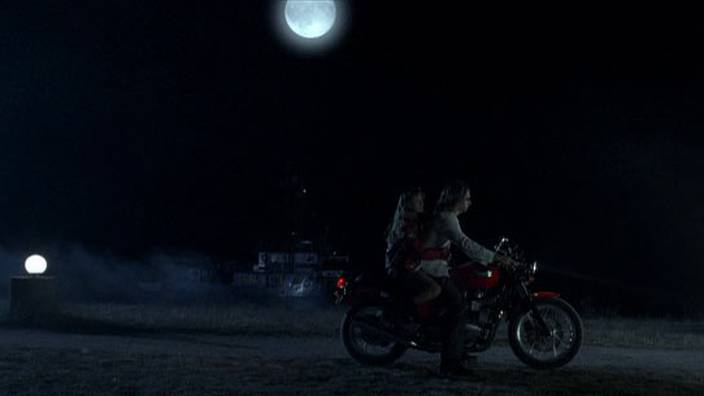 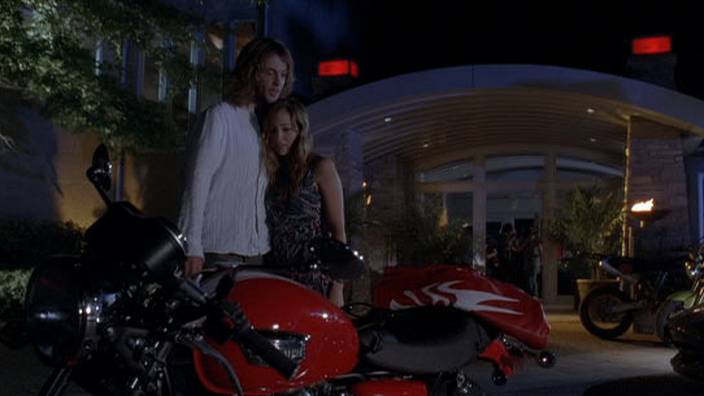 It must be the 'Thruxton" model, slightly modded. On the triumph news pages on their site they say the thruxton and the speed triple are used in this show......... and it's not a speed triple. 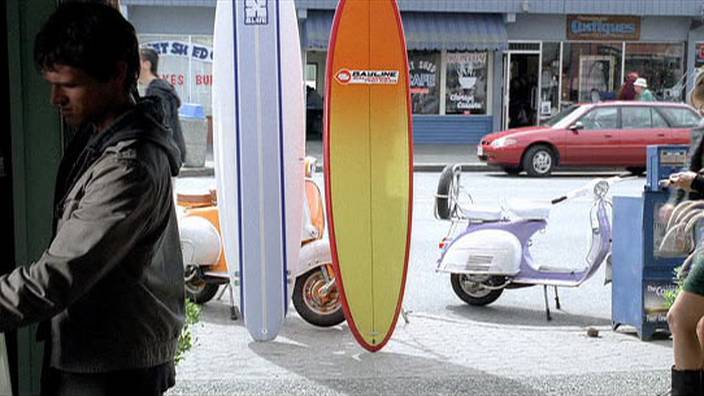