In this Frenco-Italian gangster parody, a shop keeper on his way to an Italian holiday suffers a crash which totals his car. The culprit can only compensate his ruined trip by driving an American friends car from Napels to Bordeaux, but as it happens to be filled with such contraband as stolen money, jewelry and drugs, the involuntary and unwitting companions in crime soon attract all but recreational attention from the "milieu". 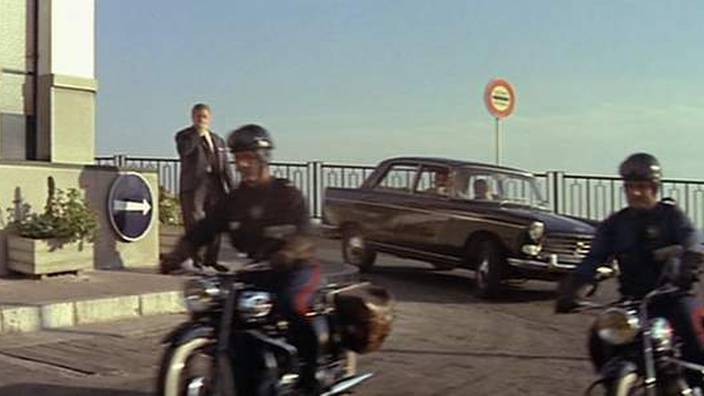 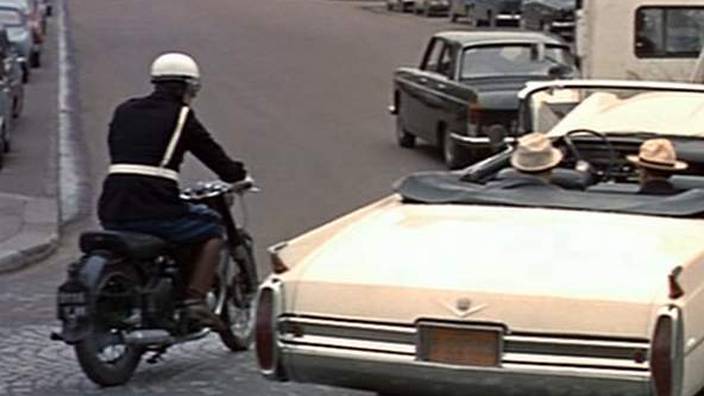 si il y a des doublons , je regrouperai It is a 1964 Cadillac Deville Convertible. The tail light lenses have been changed to meet the requirements of the country it is in. Thank you, but this listing is for the Bike. Note Class: @ the top left of the pic A BSA twin from the early '50s. Note 'plunger type' rear suspension - used up to 1953. 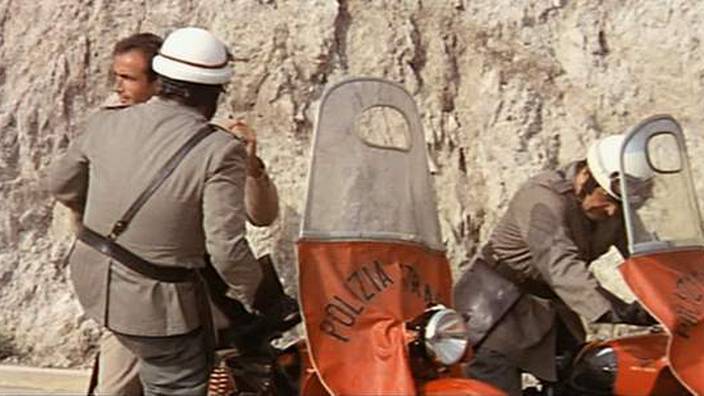 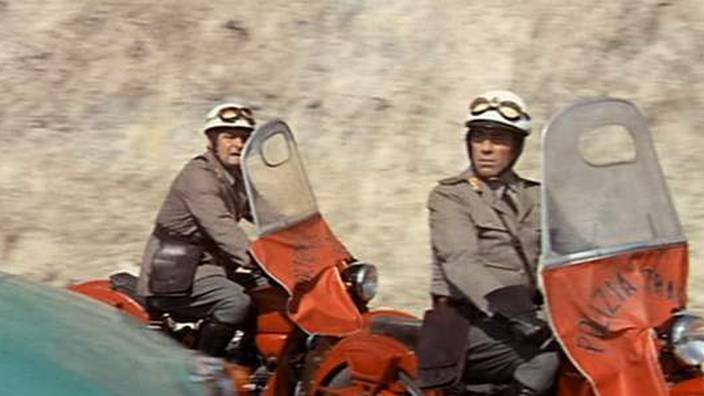 je tente: ..Moto Guzzi? Moto Guzzi Falcone 500cc.,1953circa-1967(they have'50s red livery 'cause in postwar period,Police vehicles got red such colour of their patrolling vehicles,before to switch at olive green into 1st half of '60s--but colour was not the nuance of red shown in photo,being,true ones,dark amarant red-painted)