Fed up with the murderous shenanigans of Valli’s protection racket, police chief Grifi assembles an ace team of stunt trained police officers to tackle the mob! 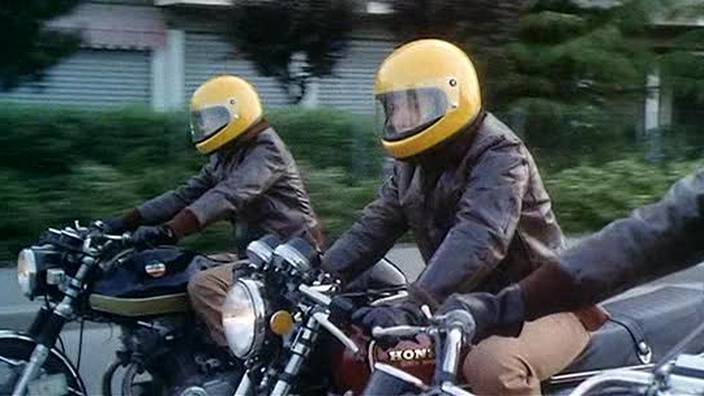 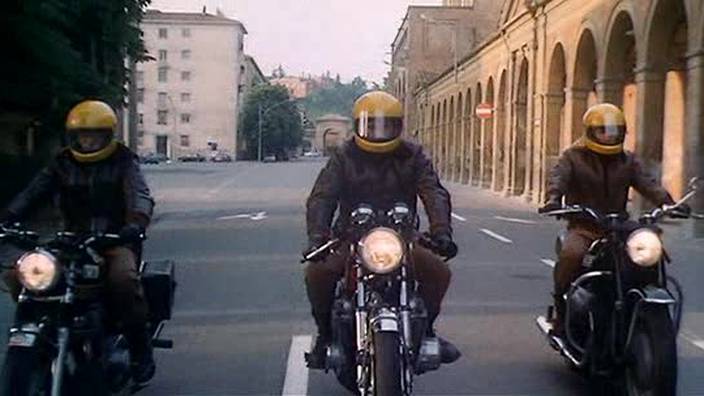 The same? This bike's tank seems to be red (sort of!) while the other one was painted black. Still, I think it's also a CB750. It's fork gaiters have been removed and it has low "clubman" bars, but those very large instruments are unique to the original 750. You could see what speed the bike was going as it passed by! http://www.bikepics.com/pictures/315339/ 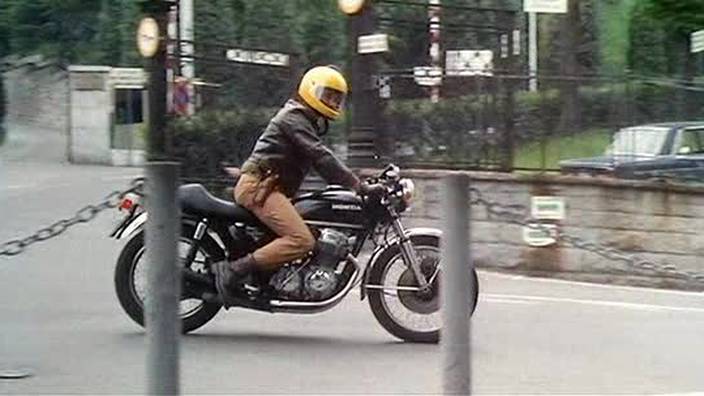 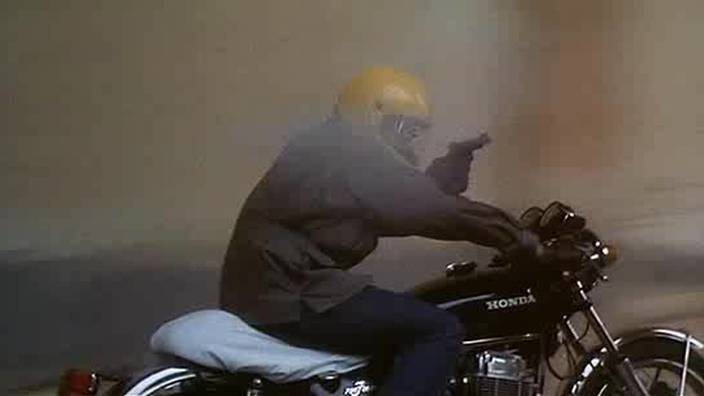 Looks like a Honda badge. Honda CB750? It seems so: Four-badged. 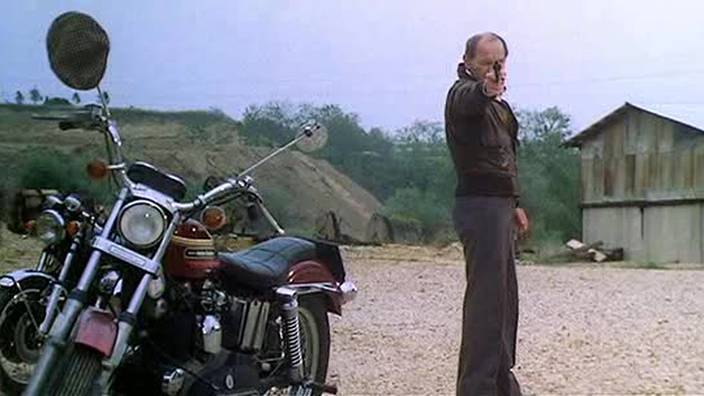 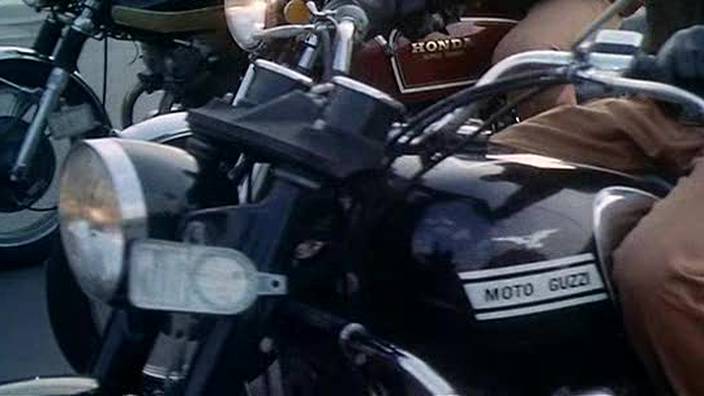 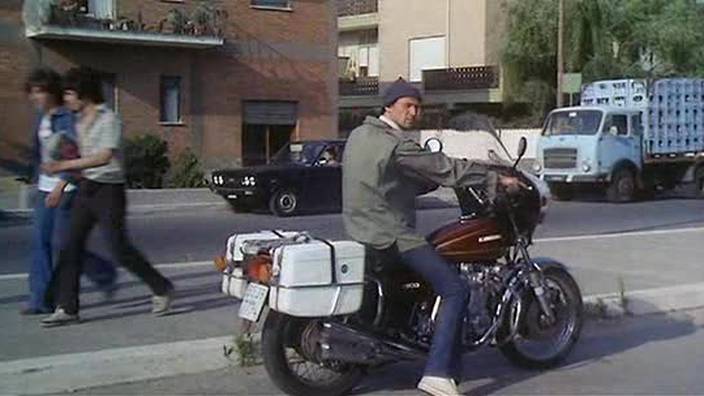