A young woman's boyfriend disappears and she has to rent out a room in her flat to a creepy tenant. She then gets a call from her missing boyfriend luring her to an abandoned airport hanger where she is nearly shot. She returns to find the creepy tenant has apparently committed suicide. But then she finds out he was an impostor when the real tenant shows up. And what's up with her boyfriend? Is he alive or dead? 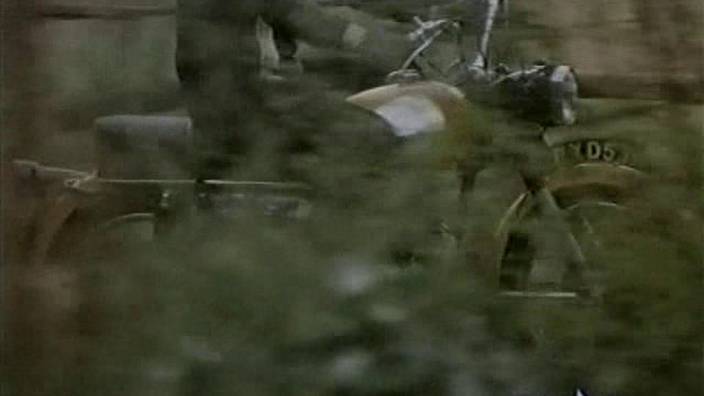 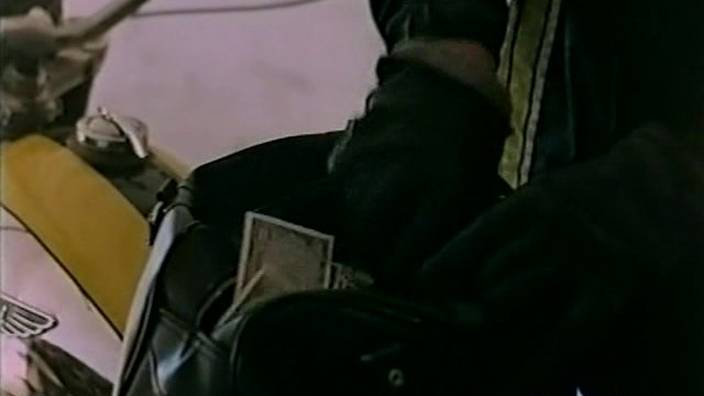 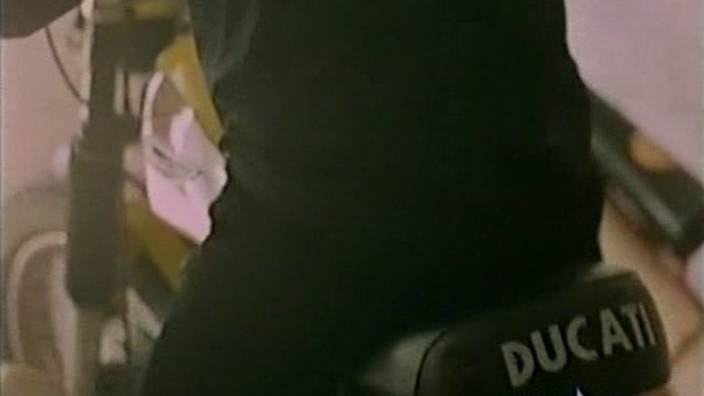 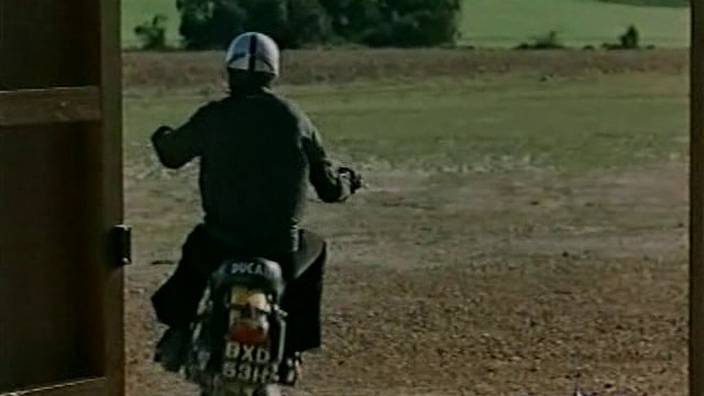 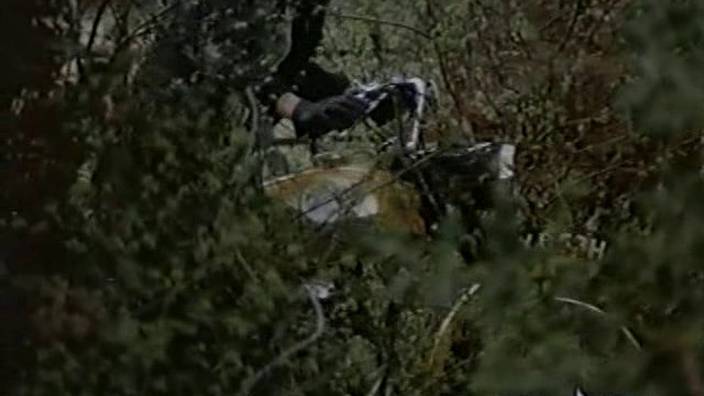 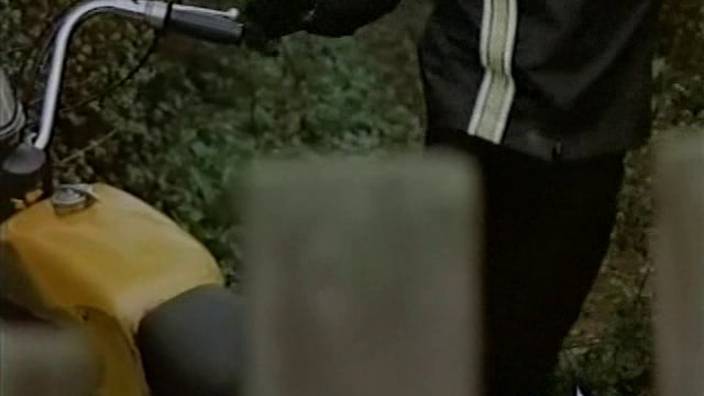 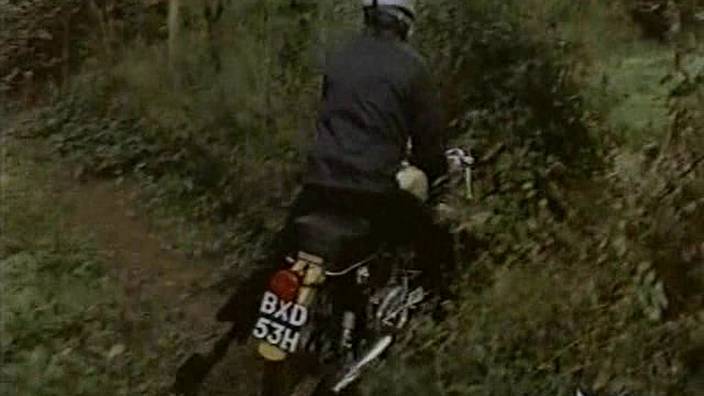 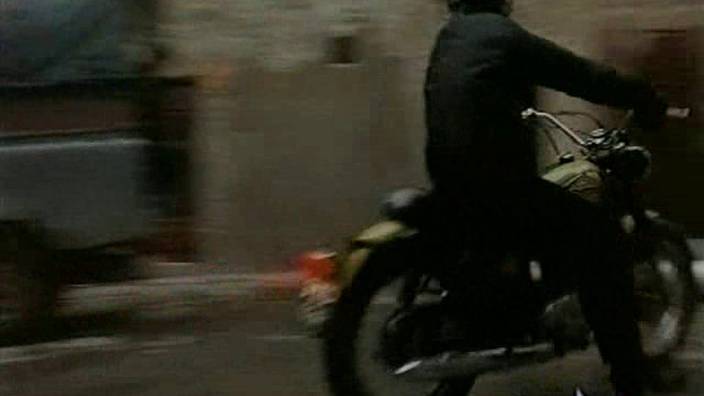 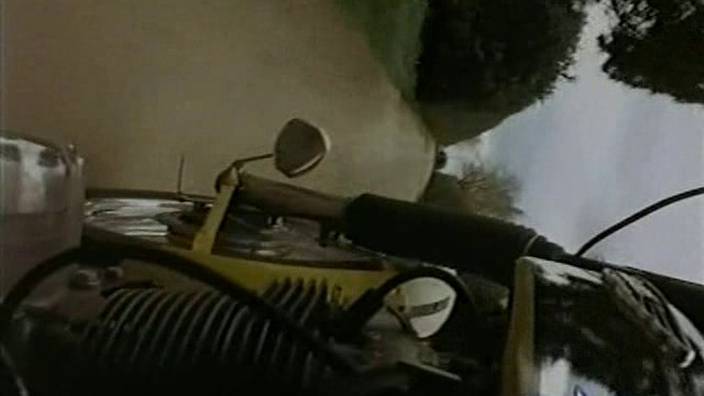 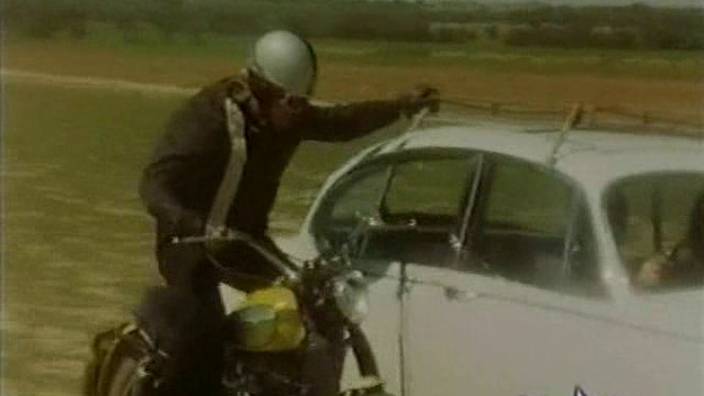 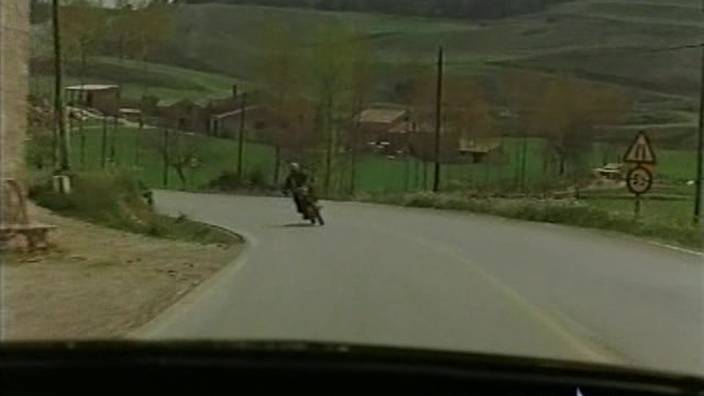 Like for the Jaguar, a second one was used for the final chase scene, probably filmed in Spain, (or it's a different bike?): BXD 53H ✗ Untaxed Expired: 01 April 1984 MOT No details held by DVLA Vehicle make :DUCATI Date of first registration :20 July 1970 Cylinder capacity (cc) :350cc Export marker : No Vehicle status : Not taxed Vehicle colour :NOT STATED

The font on that plate looks very odd - if there's a double I'd suspect this one. Other photos have normal plates where visible.