While he is trying to escape from a hit man, Carl is setting up a kidnapping in Beirut. He gets lost on his way, falling in love with Salène, a.k.a. "La grande sauterelle"... 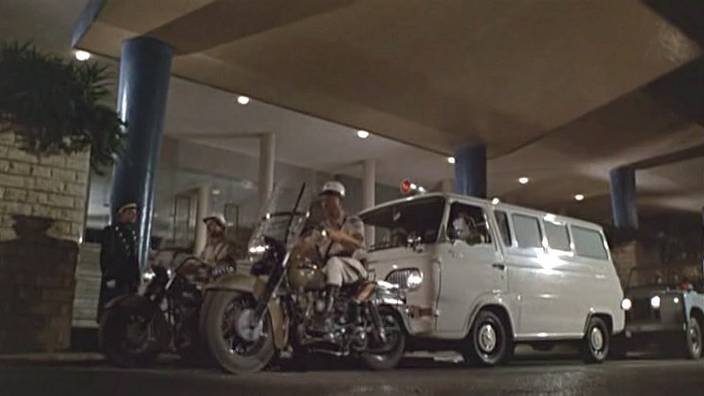 Because this was probably filmed before 1967, I suspect these bikes are much earlier. I would say that they are panhead Duo Glides.