The film begins with footage of Bruce Lee's funeral. The narrator then says that there is a new actor "who looks quite like him" that will become Lee's successor. His name is Hsao Lung. Later Hsao Lung is filming a movie. On the set, he is approached by a group of gangsters, led by a man named George, who want to control Hsao Lung. Hsao Lung declines, so they go after his girlfriend Alice, forcing her poison Hsao. During sex, the poison takes action and Hsao supposedly dies. Hsao fakes his death and pretends to be a chef so that he can watch over Alice. Alice is kidnapped by the gangsters, so Hsao starts looking for her and goes to a shipyard. There he fights off 4 motorcycle-riding gangsters that are wearing multi-colored tracksuits, one of them being the iconic green and black one from Game of Death. He defeats them and goes to the tower of death. 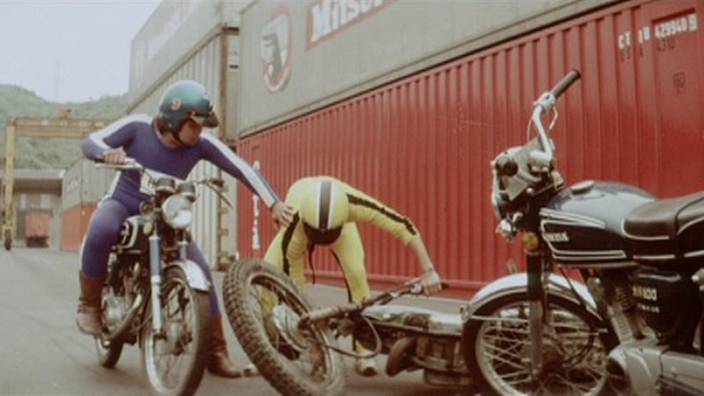 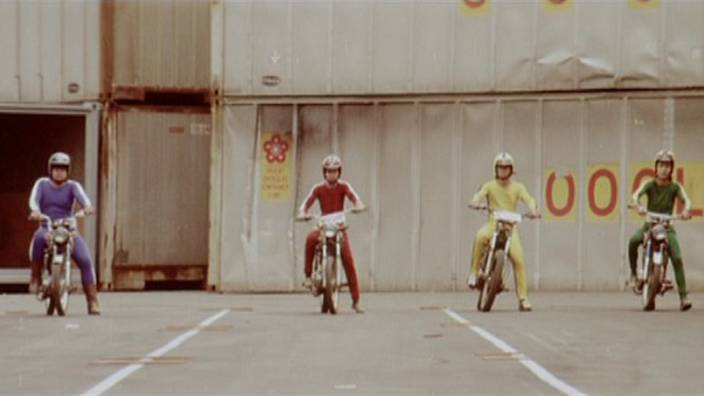 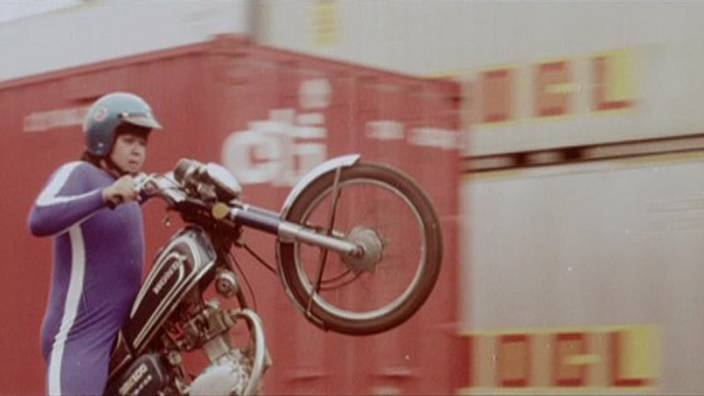 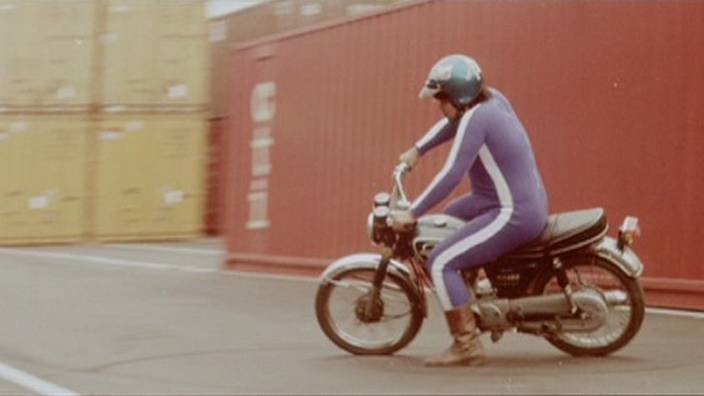 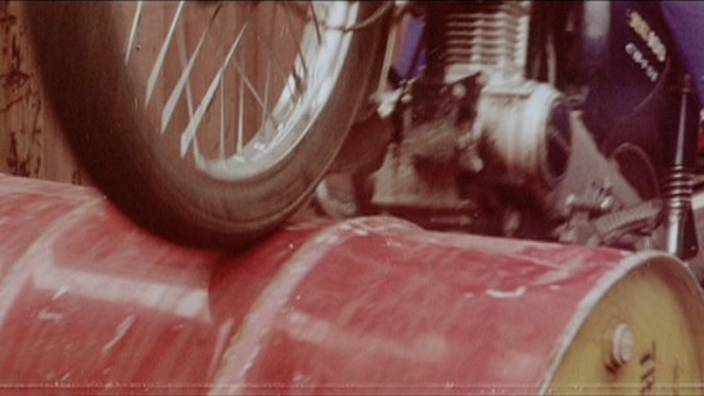 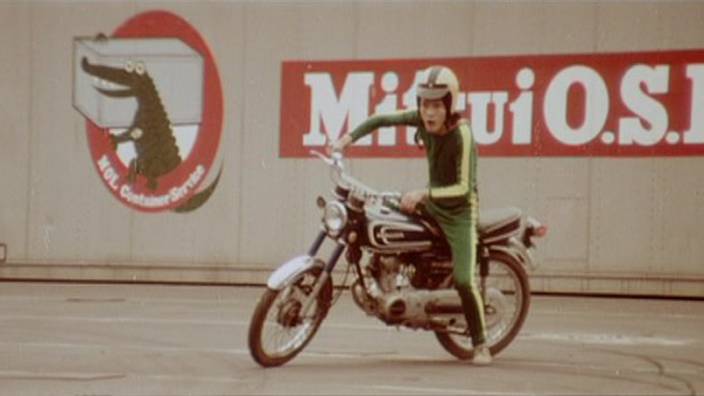 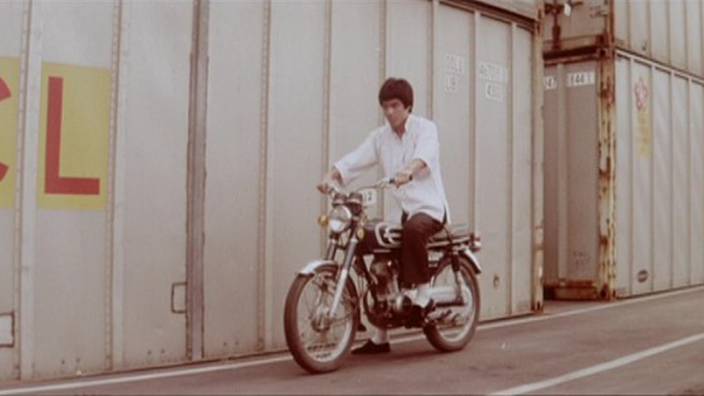 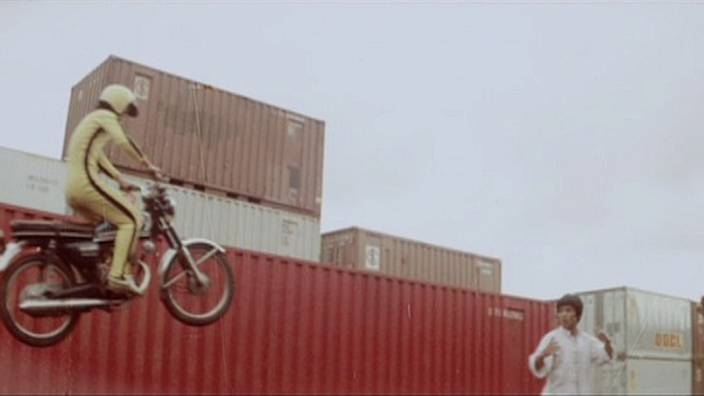 Obviously a 100 cc model = presumably a CB 100 SS - Link to "translate.google.co.nz" . Must be a Japan domestic market model as I can't find reference to it on the net with that paint scheme. 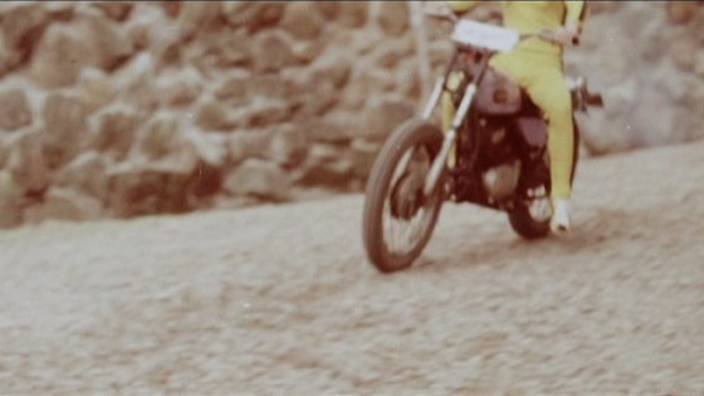 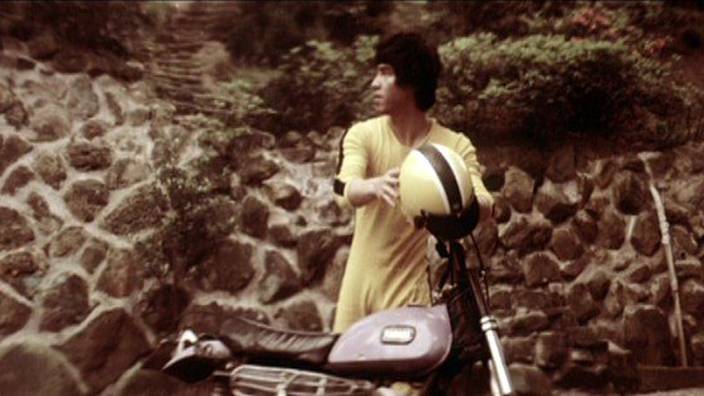 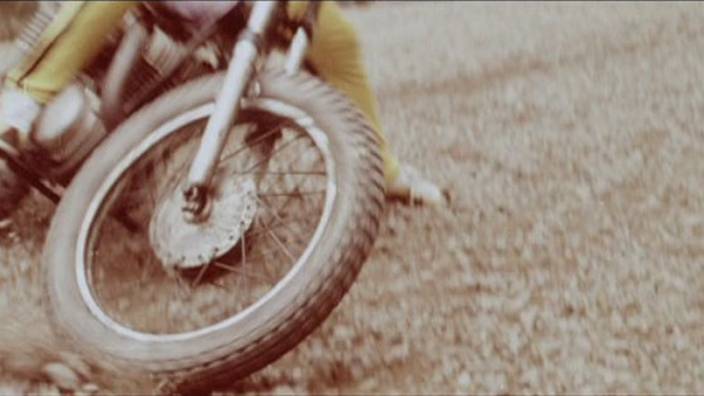