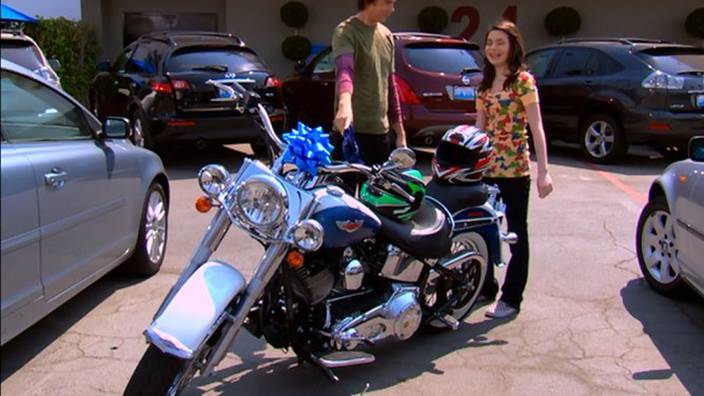 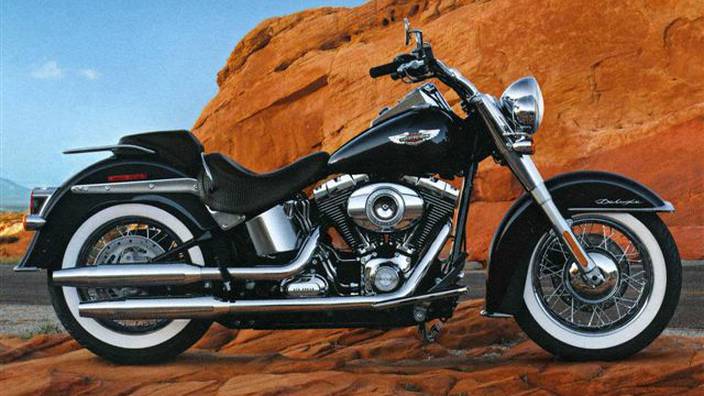 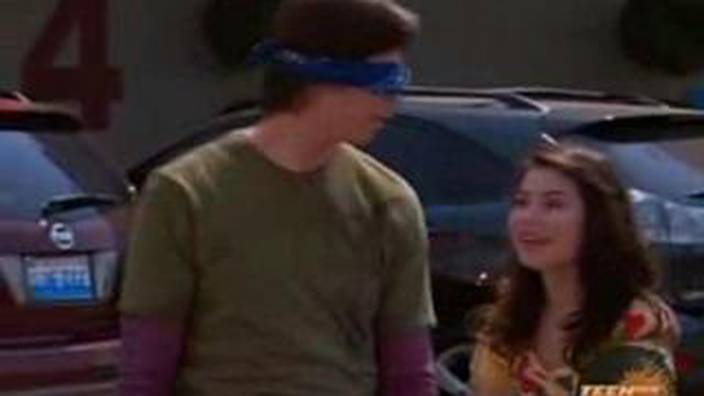 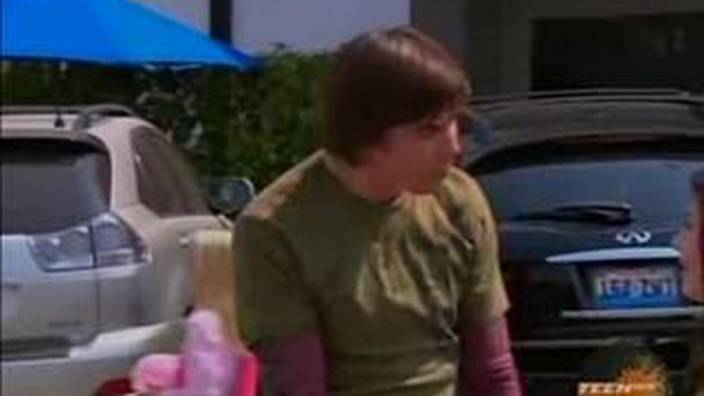 a repop 55 Duo Glide, looks to be built as a custom with many new parts I thought of it more as a retro-looking new bike, than anything else. Il s'agit de la FLSTN Softail Deluxe (et non d'un modèle "reconstruit") Also see a 2003 Nissan Murano, a 2004 Lexus Rx, a 2004 Infiniti fx (ironically parked next to the Murano, with which it shares it's platform with), and the pale blue car is a 2005 Volvo s40 t5.

Here you go, bmwguy12: This was posted on the main page, and I also mentioned the Honda Element I failed to post. 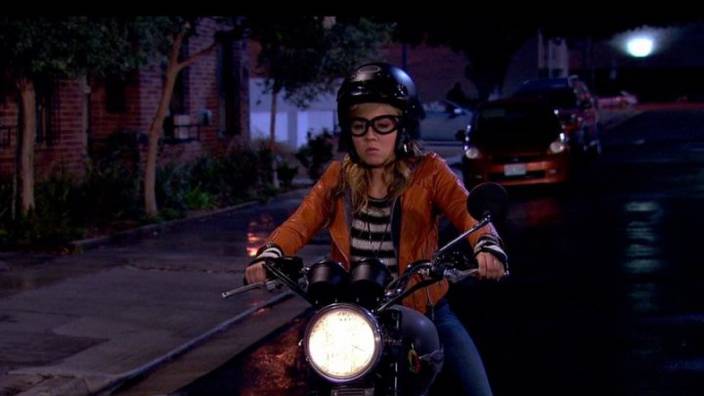 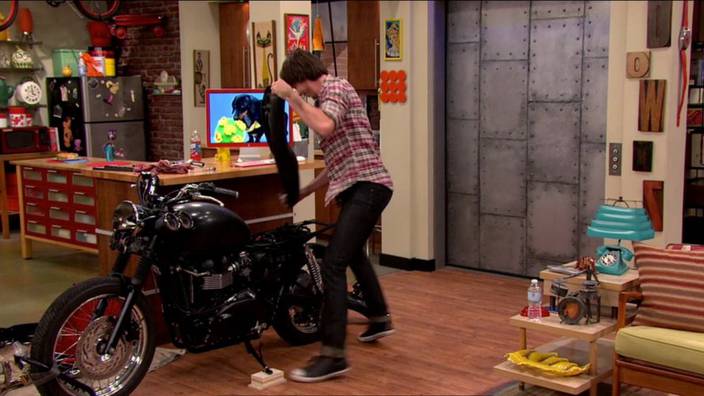 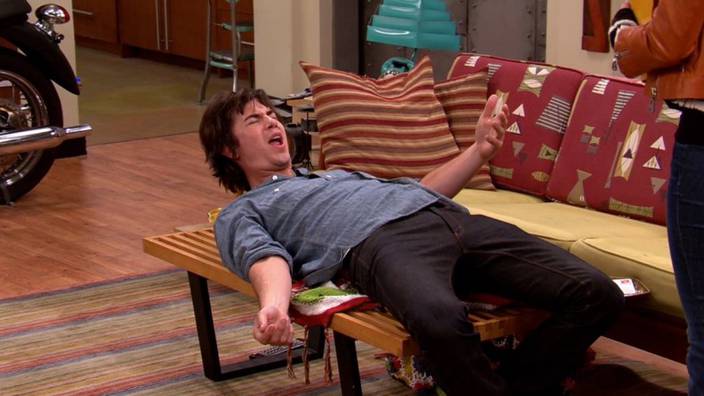 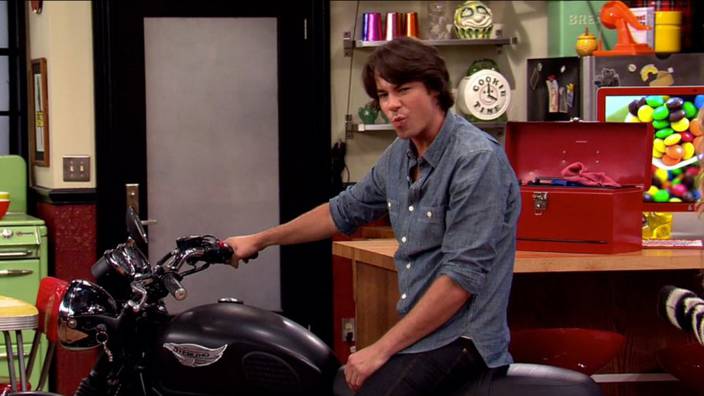 looking, searching the dead point? I could probably add some earlier pictures, but the cast called it a "1964 Sterling." Dan Schneider himself said it was a Triumph. http://danwarp.blogspot.com/2012/11/fun-facts-icarly-says-igoodbye.html Triumph peut-être, mais récente. Second image from the show's official website: http://www.icarly.com/assets/1/image/2012/11/20/70763_299730752.jpg I could still snag some from the episode itself. UPDATE: But for now, here's a gif file from a fansite: http://icarly.wikia.com/wiki/File:Tumblr_me06rgbizy1qesmejo2_500.gif Here's some extra shots. That taillight casing mounted over the fender might give you some clues, but the gas tank insignia is 100% fake;