A team of scientists working to raise a sunken Russian nuclear submarine on an ocean platform off the coast of Miami, Florida, unearth an ancient Atlantean relic from the sea floor and bring in an expert to make some sense of it. But while attempting to raise the sub, radioactive leakage from its missles triggers the re-emergence of Atlantis, and the resulting tidal wave destroys the platform and leaves only a small group of survivors. Rescued by two Vietnamvets-turned-heavies who are out relaxing after their latest job, their boat eventually runs aground on a Carribean island nearby where, upon going ashore, it is discovered that everything has been destroyed and everybody killed. The culprits, a vicious group of well-armed raiders, and their leader, Crystal Skull, are descendants of Atlantis' original race who set about reclaiming the world and adding the survivors to the list of victims as they struggle to stay alive and defeat the raiders and send Atlantis back to the ocean floor. 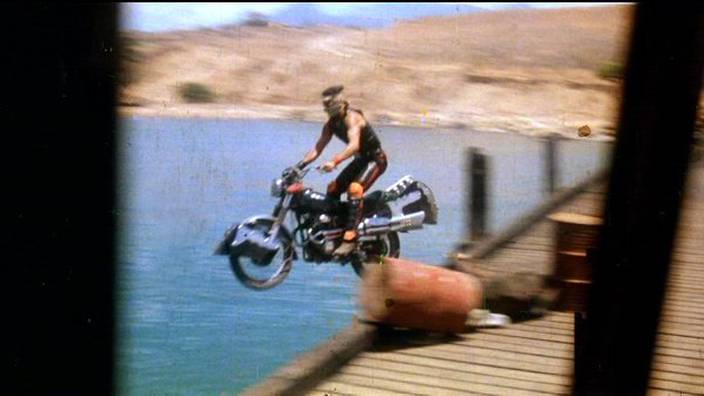 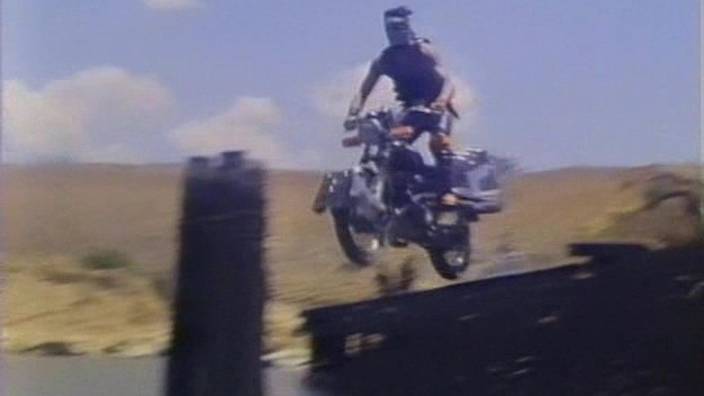 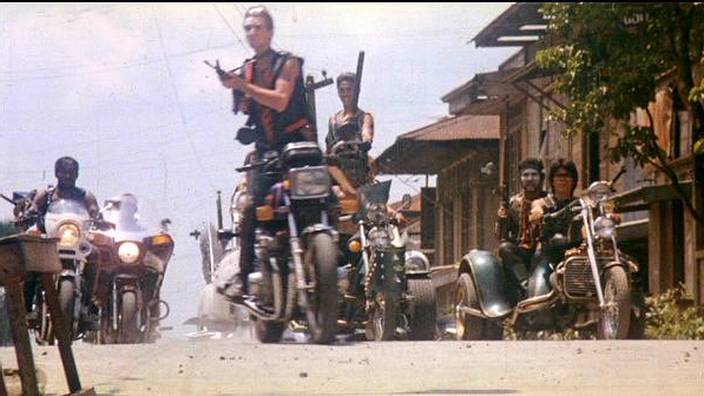 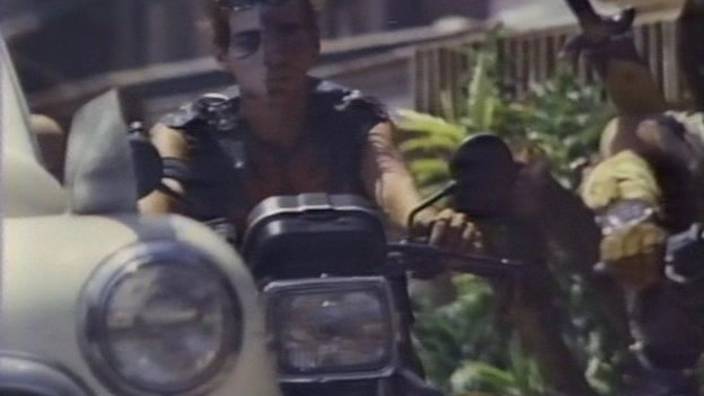 yamaha? closest in the middle Fairly sure this is one of the four cylinder GS Suzuki models - maybe a shaft drive 850? 1980 Suzuki GS1100E. http://www.motorcyclespecs.co.za/model/suzu/suzuki_gs1100e%2080.htm The clue was the square headlight.