Charlie and Rachel run away from home to get married in Las Vegas. But they get attacked by a zombie who takes Rachel with him to hell, where she will become one of Satan's brides 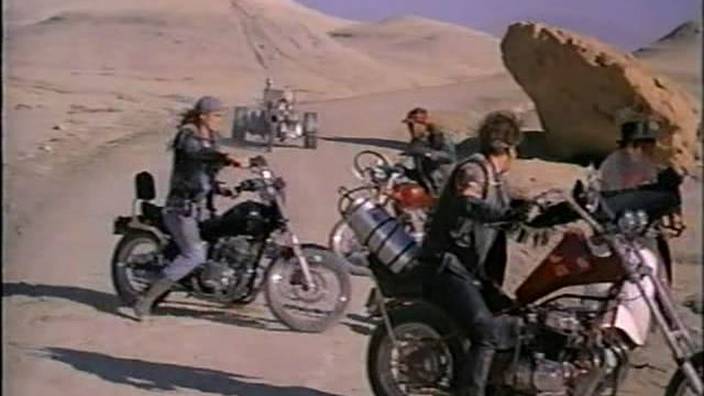 A very early Honda CB750 supplied the power unit - note the kickstarter not seen on later ones. ??? I can see the kick-start lever. You can see one better via this Wikipedia photo: http://en.wikipedia.org/wiki/File:Honda_CB750a.JPG 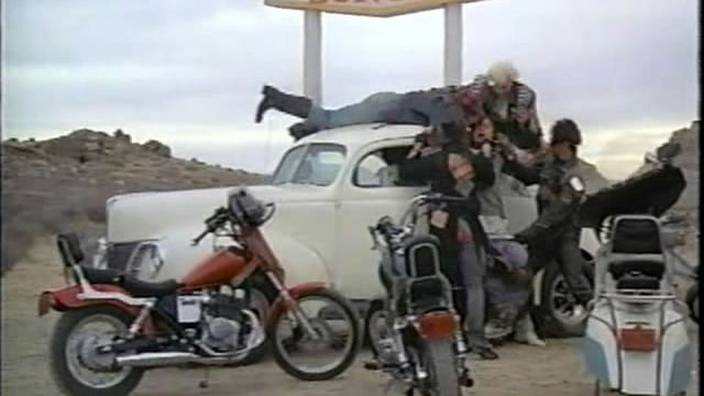 40-41 Willys It is for the bike, which is a Honda twin factory custom from the 1980s but not sure which one yet. The coupe looks more like a '40 Ford.

Honda CM 250 Rebel. Seems to be a long running model which might still be available new although the earlier ones have the front disc on the right and from somewhere in the 1990s it is on the left. 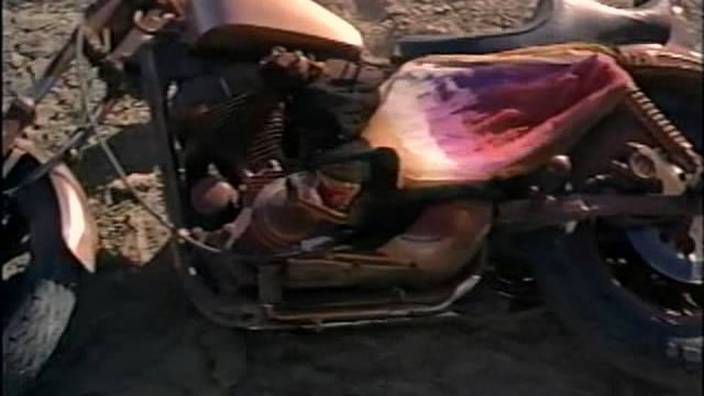 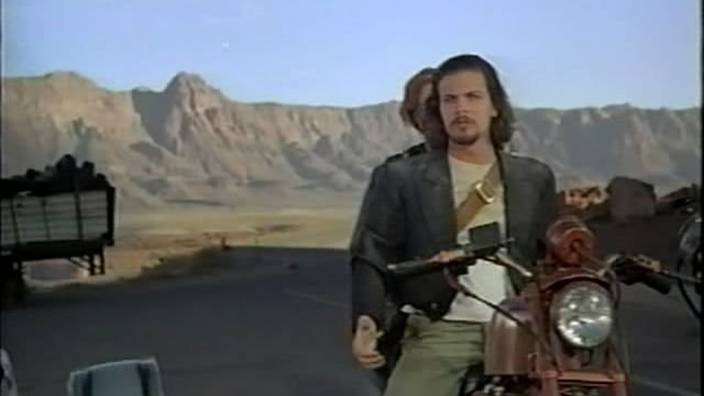 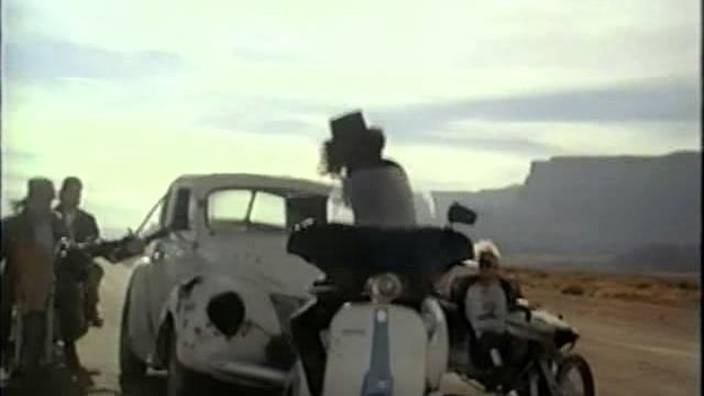