Jack is caught with the wife of his employer, a Vegas thug. The thug sends goons after Jack, who convinces his best friend, Pilot, to flee with him. Pilot insists that they head for Seattle, but doesn't tell Jack why. The goons learn from Pilot's drug source where the youths are headed, and they follow, hell bent on breaking Jack's feet. On the road, Jack and Pilot give a ride to Cassie, a distressed young woman. She and Jack hit it off. They pick up an aging stoner headed to Seattle for Kurt Cobain's memorial, and they help a circus sideshow family. Why is Pilot so set on Seattle, will the goons catch Jack, and is there any way the friends' competing needs can be resolved? 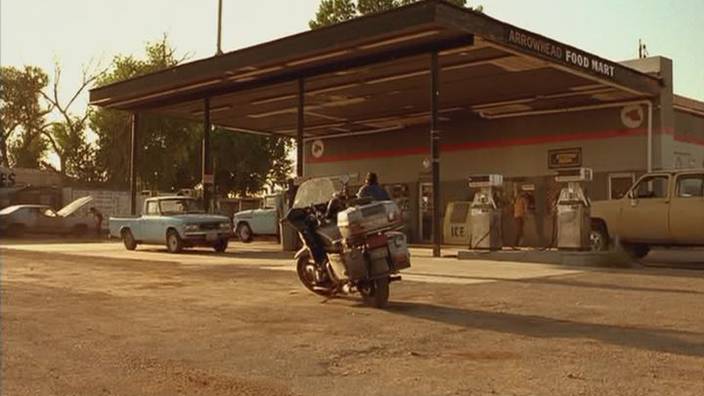 Honda Goldwing. Not sure which of the many variants it is though. 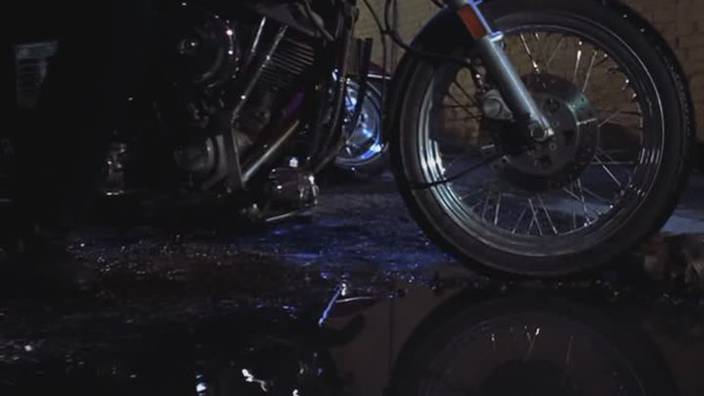 Harley-Davidson for sure but which one?