Enemy at the Gates

A Russian and a German sniper play a game of cat-and-mouse during the Battle of Stalingrad. 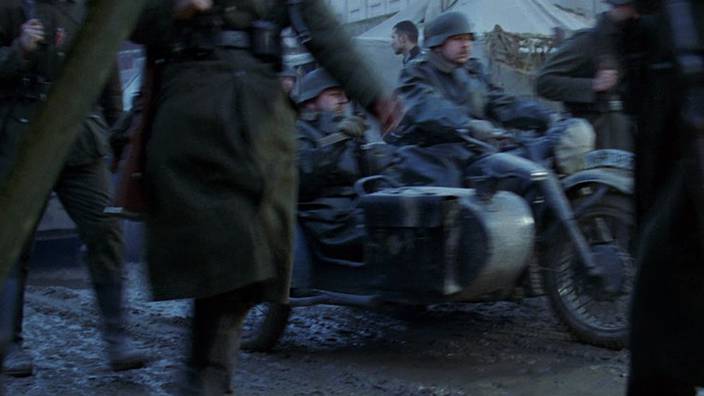 see the distance from the bottom of the mudguard to the tyre top?? that shows its not a genuine WW2 German combo..its probably a 1960s Ural/Neval/Cossack/Denipr...that black out light on the sidecar wouldnt have been on a WW2 bike either. So, Unknown Ural then? Ural M-63 perhaps?

On second thought, based on the mudguard, I'd say that looks just like a postwar Ural M-72.