A look at Germany's terrorist group, The Red Army Faction (RAF), which organized bombings, robberies, kidnappings and assassinations in the late 1960s and '70s. 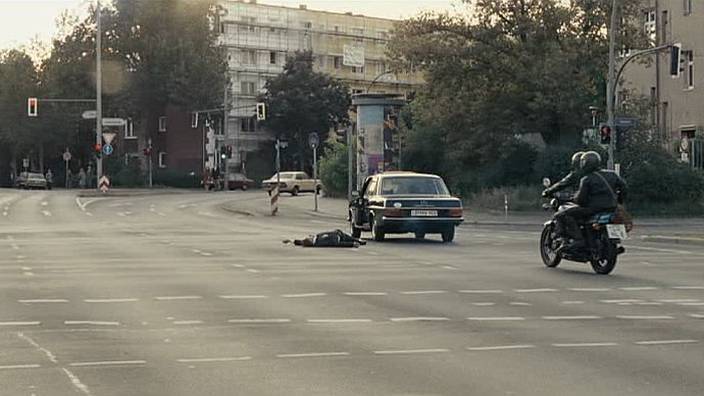 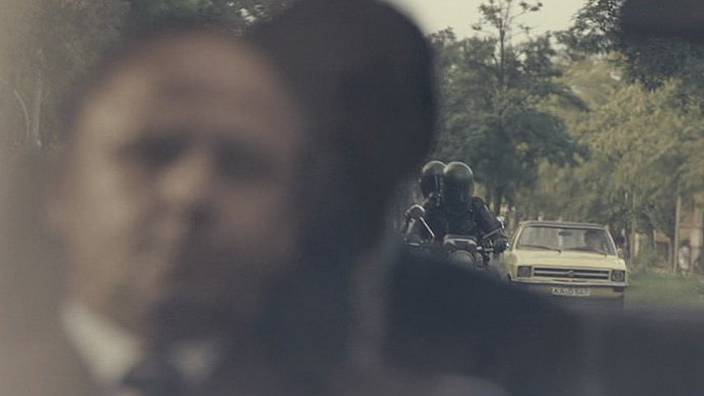 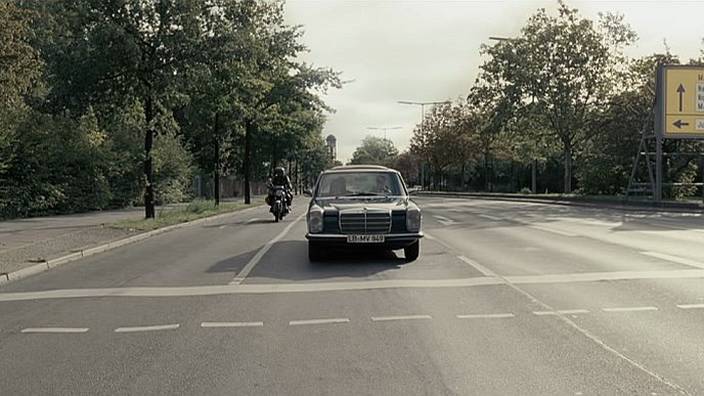 They've certainly got a Suzuki GS, 550 or 750,, lets go for 750 to maintain some semblance of historical accuracy. 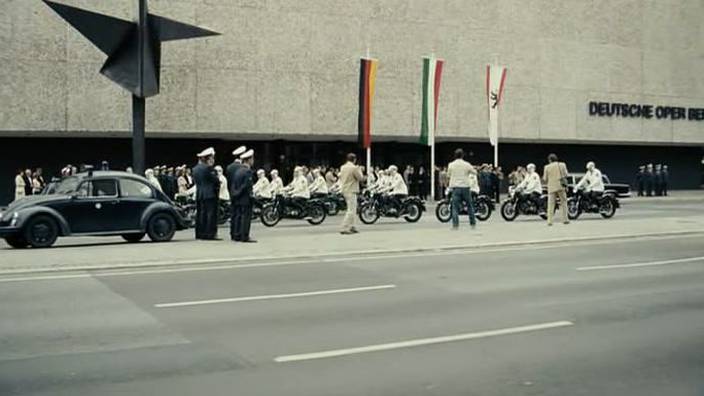 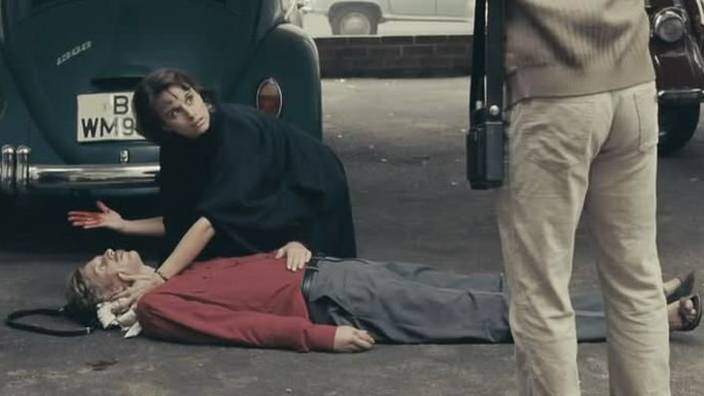 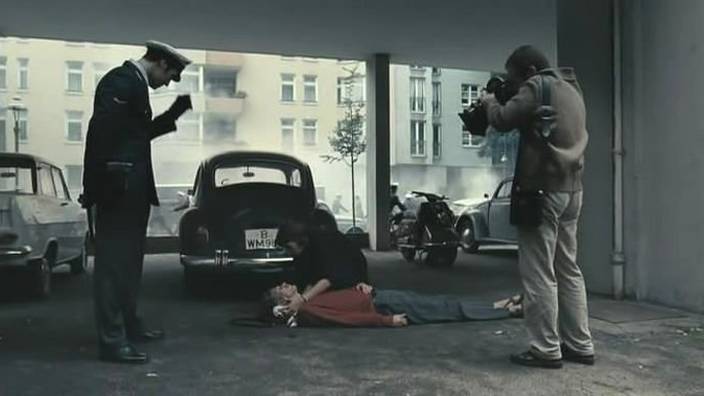 This scene is a very authentic remake -inkl.license-plate, position of the VW, the Heinkel-Roller and even the people- of the death of Benno Ohnesorg, a student, which was shot by a policeman on the 2.June 1967 at the demonstration against the Persian Schah in West-Berlin. This was the initial for the German "1968" and the terrorism of the 70ies, too.