Motorcycle mechanic C.C. Ryder joins "The Heads," an outlaw biker gang. Fellow gang members menace fashion journalist Ann when her limo breaks down in the desert, but C.C. comes to her rescue. The bikers disrupt a motorcross event tied in with a fashion shoot, but C.C. enters the competition under Ann's admiring eye. His win puts him at odds with Moon, leader of "The Heads." When C.C. leaves with his cut of the purse, the bikers kidnap Ann, and C.C. races Moon to win her freedom. 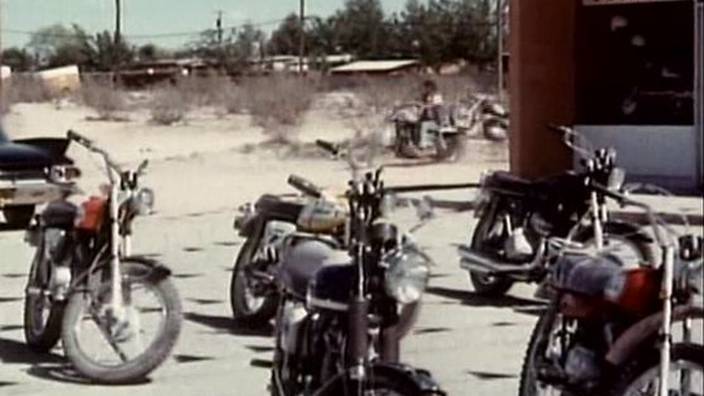 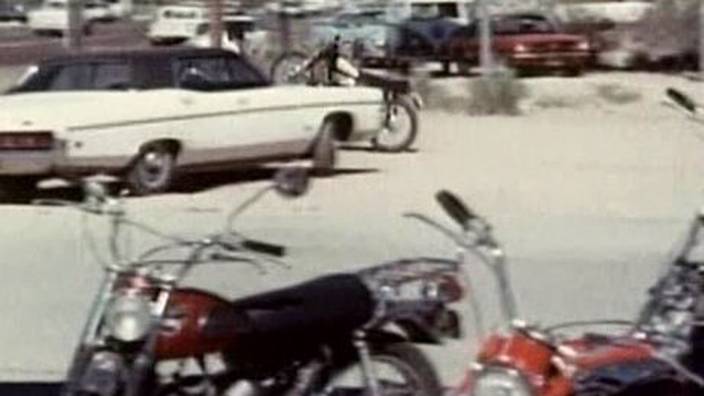 Kawasaki C2TR 120 "Road Runner " (1968) - the bike on the left The 120cc (actually 115cc) C2TR (TRail) had a high front fender and knobby tires. The C2SS (Street Scrambler) had a low fender and street tires. Other than that, they were identical. http://www17.plala.or.jp/G-KAWASAKI/c88.htm As for the bike on the right, it's also a Kawasaki. Because only a small part of the bike is shown, I can't say precisely which model it is. I can't because in the 1960's, several visually quite similar small one-cylinder Kawasaki's all shared what appears to be the same gas tank (J1, G1, M10, D1, F1, etc.). So, your guess is as good as mine! http://www.cyclechaos.com/wiki/File:1969-Kawasaki-J1T-Red-4978-0.jpg http://www.cyclechaos.com/wiki/File:Kawasaki-g1.jpg 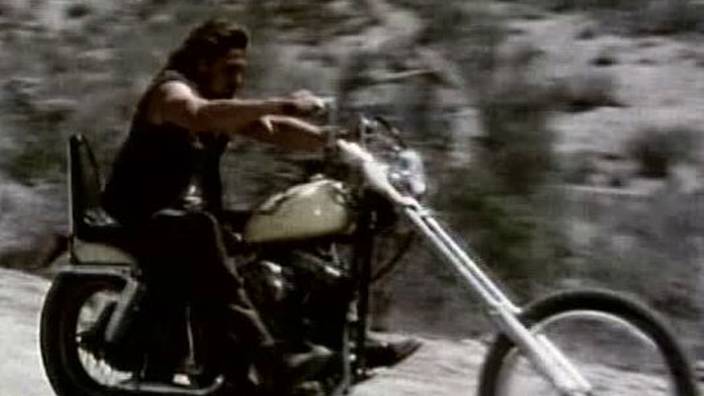 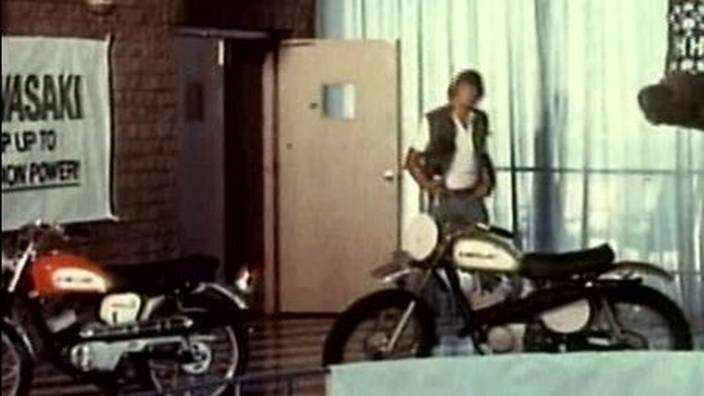 Both Kawasakis - 90cc trail on the left. This model was called the Bushmaster in some markets but not sure if that includes the US. The bike on the right is a 175cc trail bike. Left: in some markets it was called Sidewinder. Right: could be a G31? 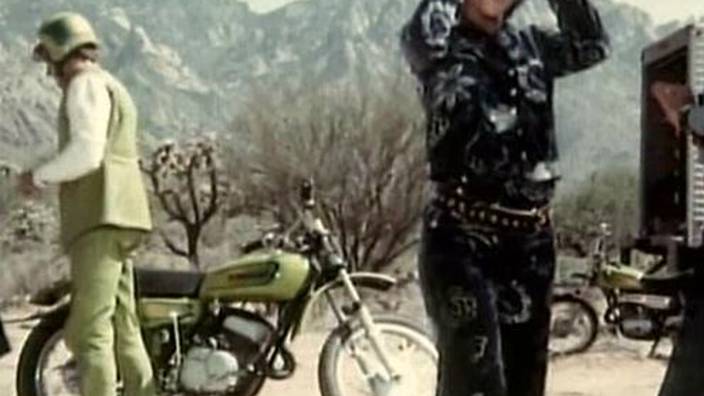 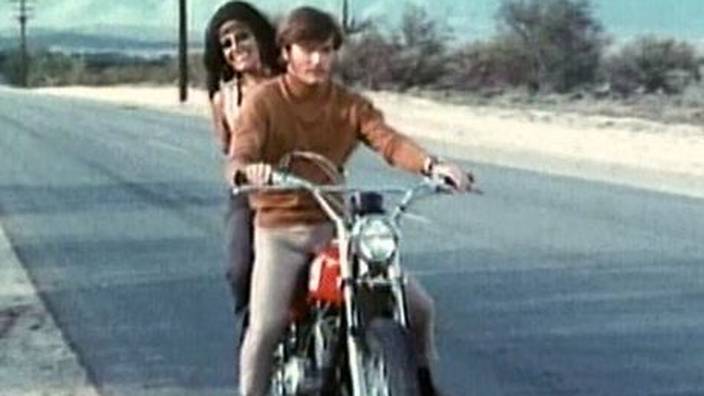 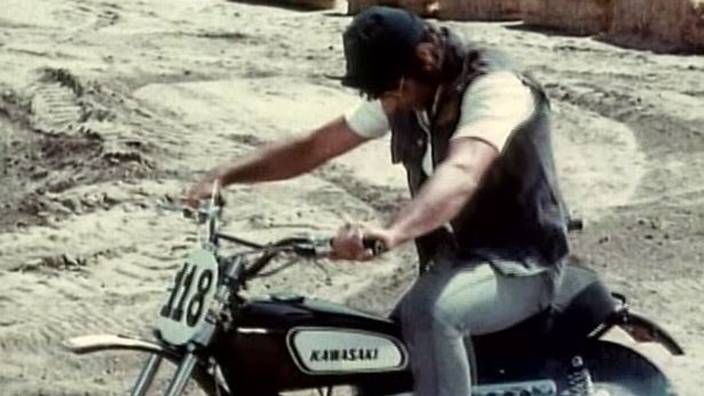 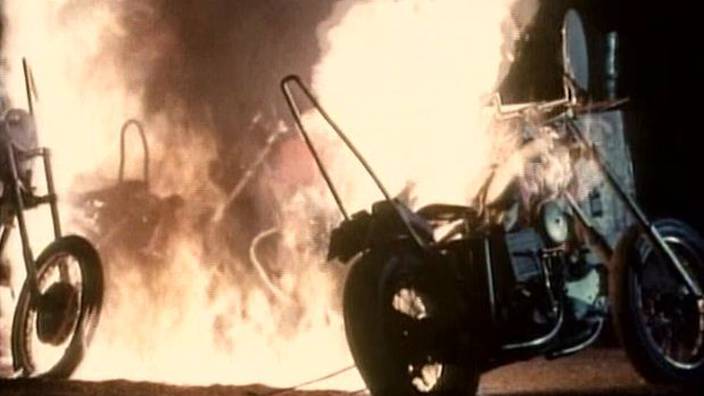 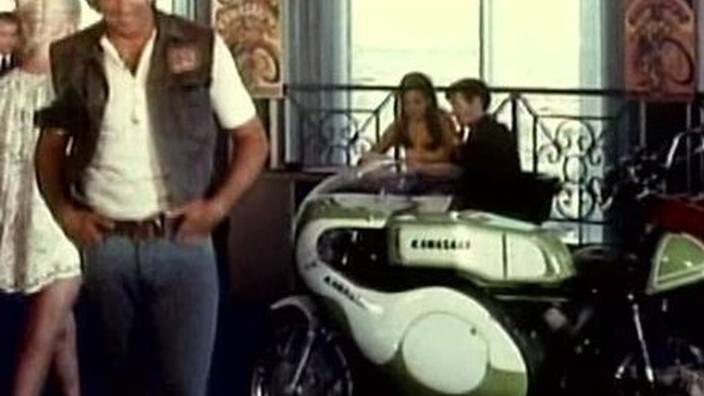 Difficult to see but possibly an H1R - the racing version of the 500cc Mach 3. 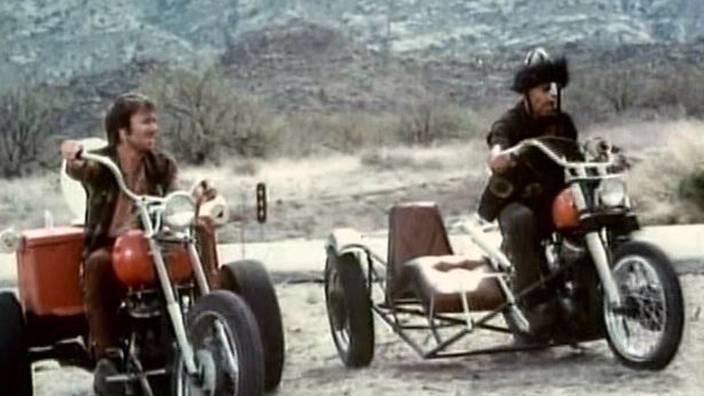 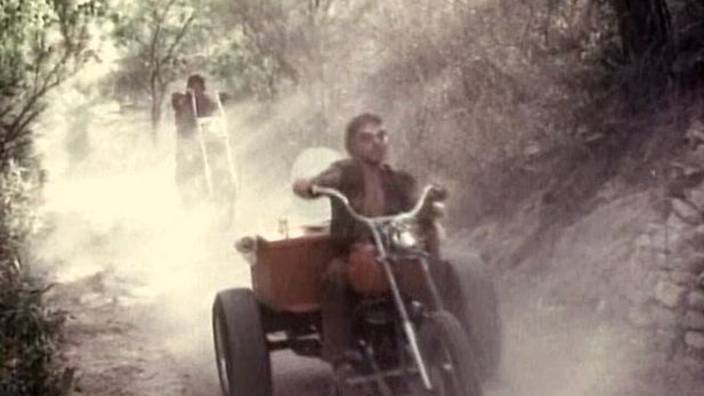 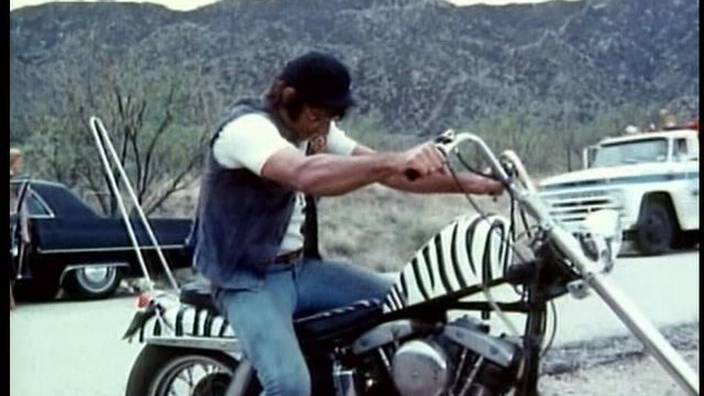 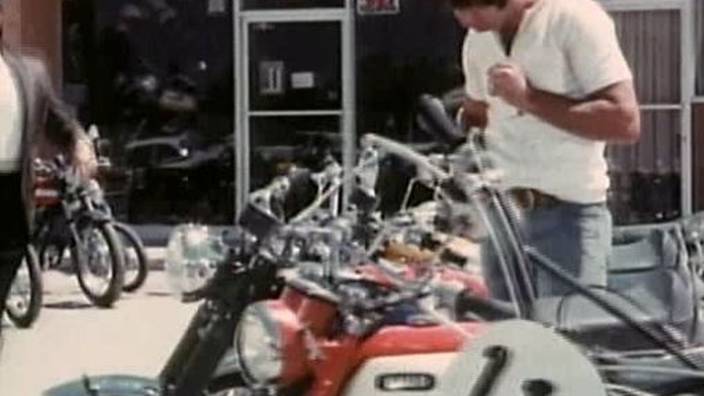 The red and white tank is late '60s Yamaha. 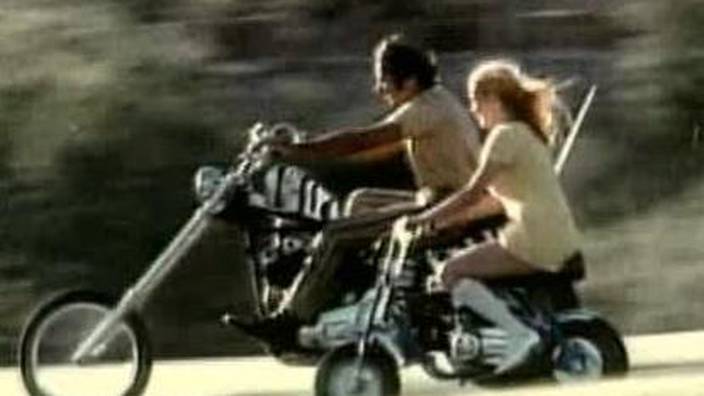 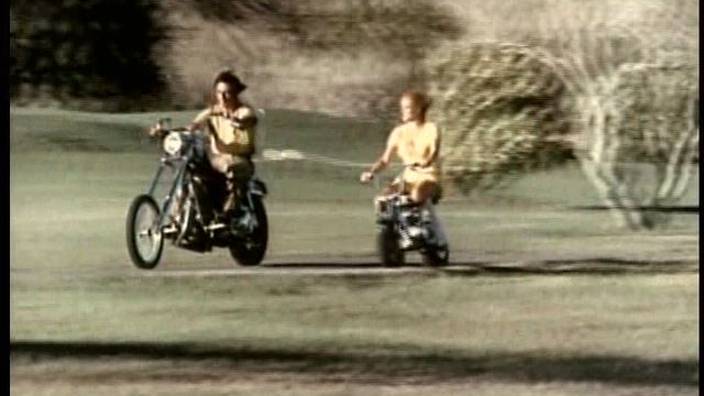