A spy recently disavowed by the U.S. government uses his special ops training to help others in trouble. 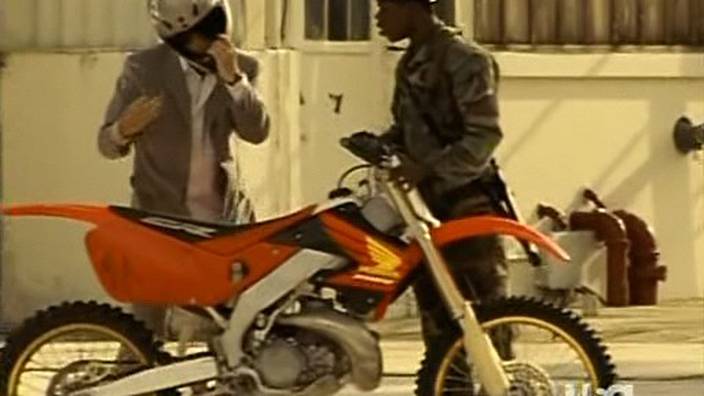 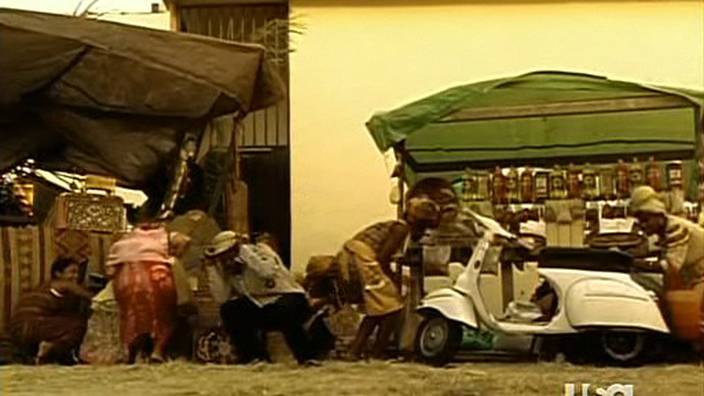 It's not an GS 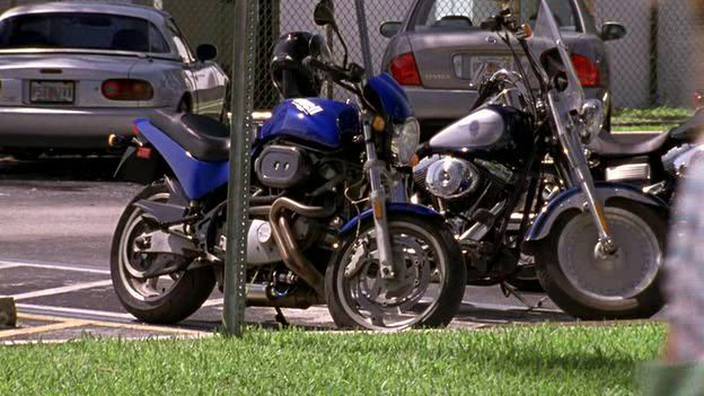 It says "Buell" on the gas tank.

Next to the Buell a fat boy Harley (the windshield is not original) S1 lightning? 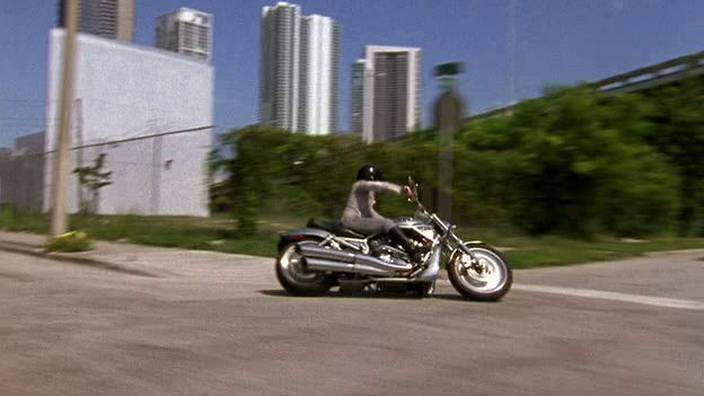 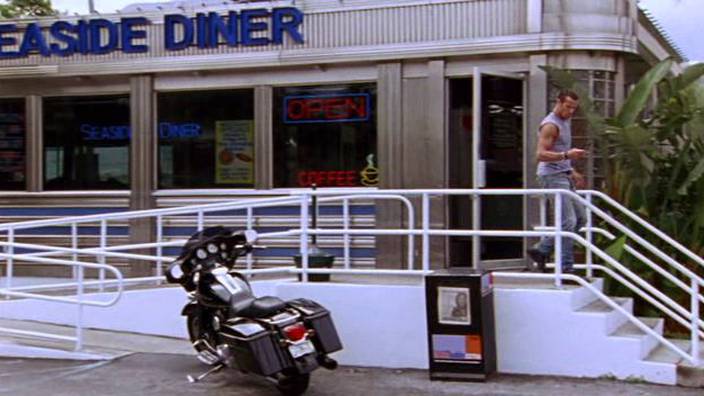 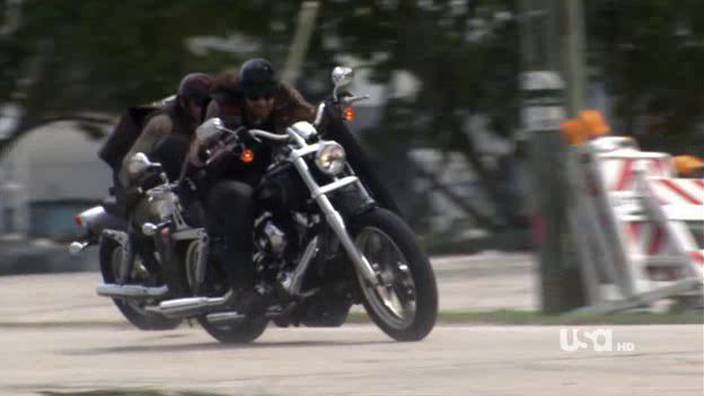 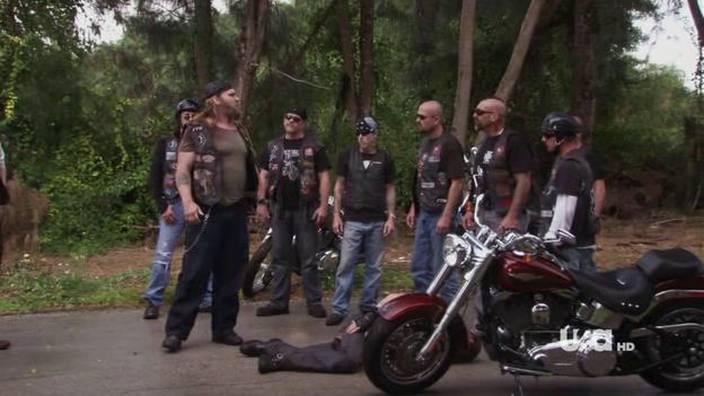 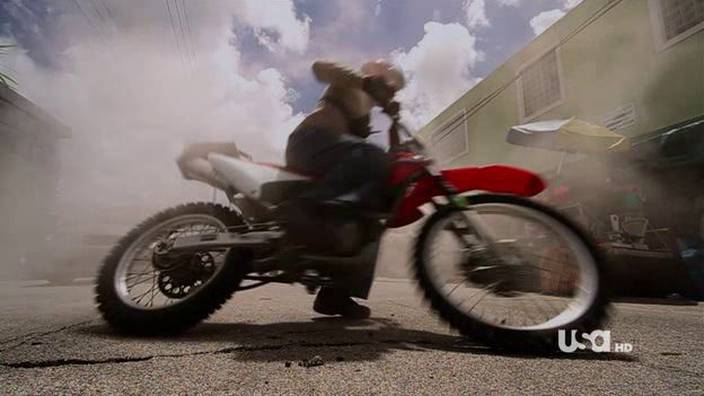 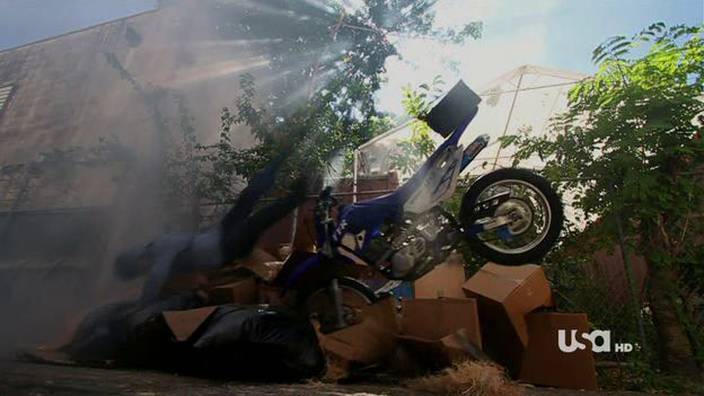 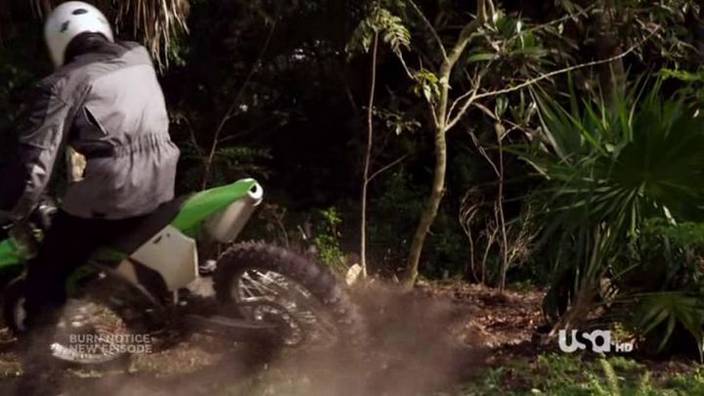 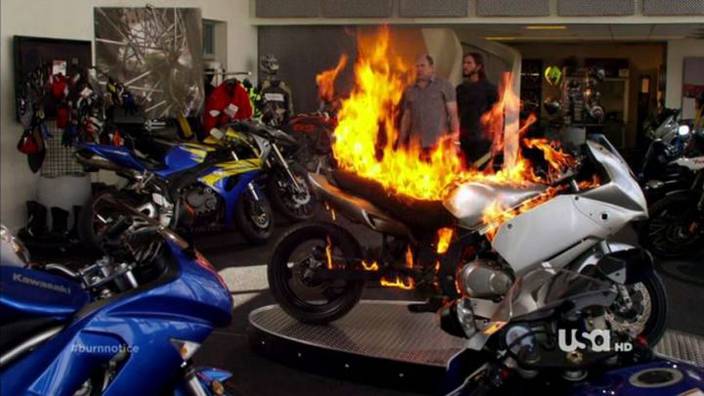 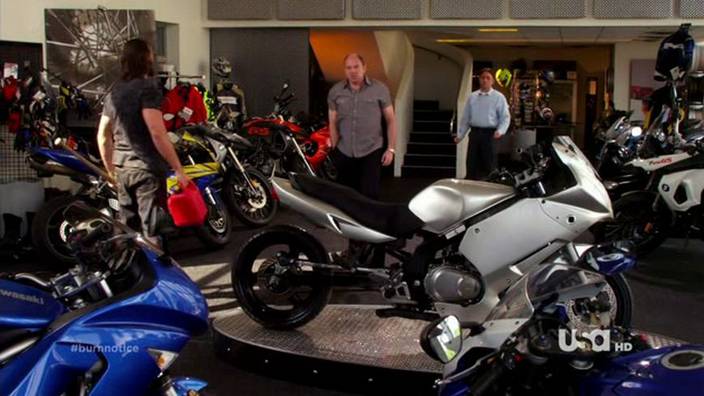 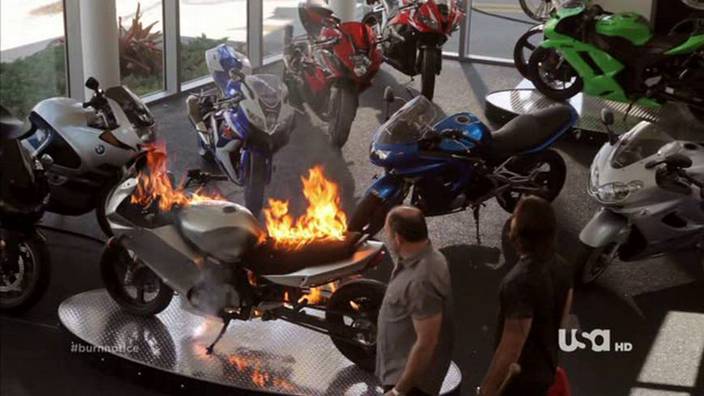 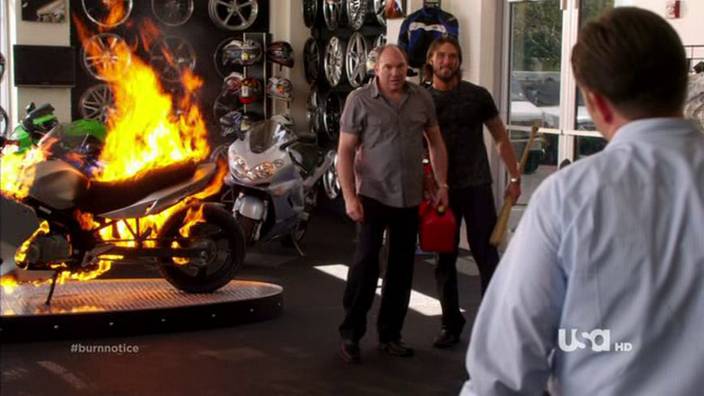 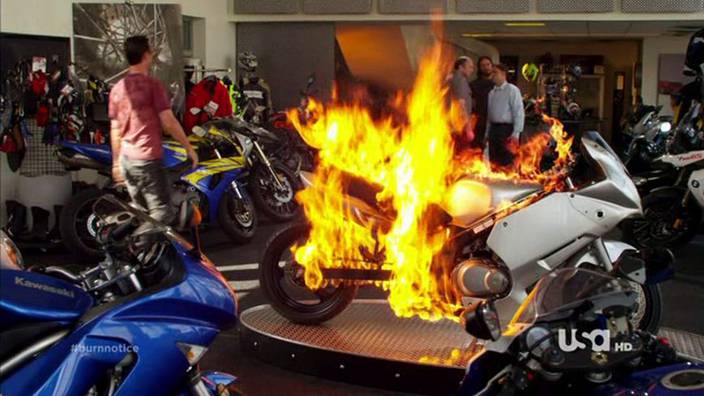 looks to me like a honda cbr 125 rr I think. with an extended rear bridge. could be another honda thought. but my gut definately says honda True definatly a Honda it says Hornet rear end and maybe chopped vfr nose cone and front mud guard. 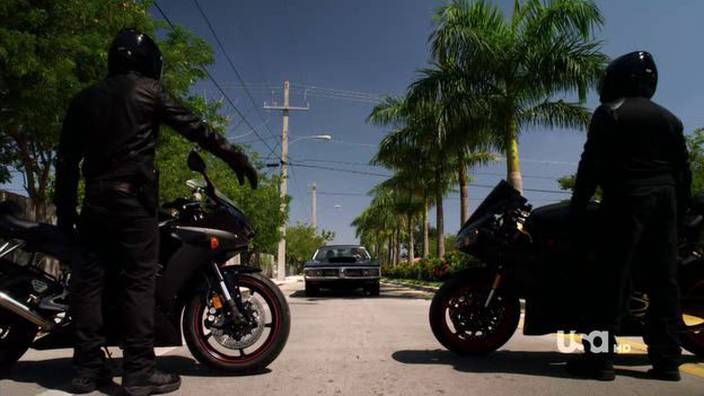 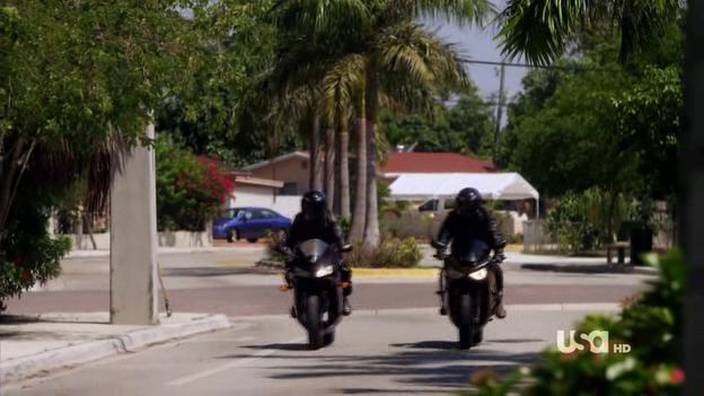 i think both of them are yamaha r1 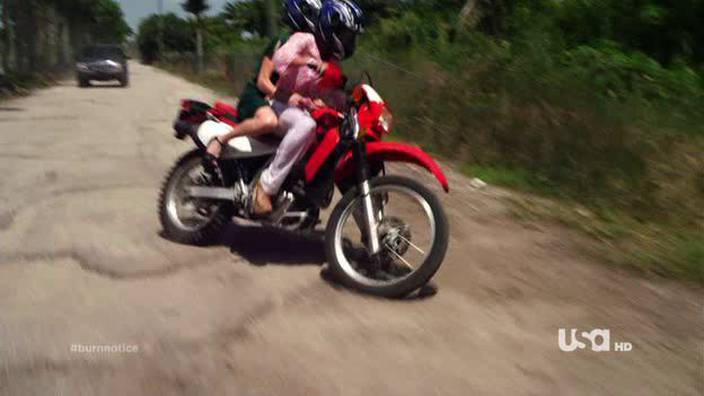 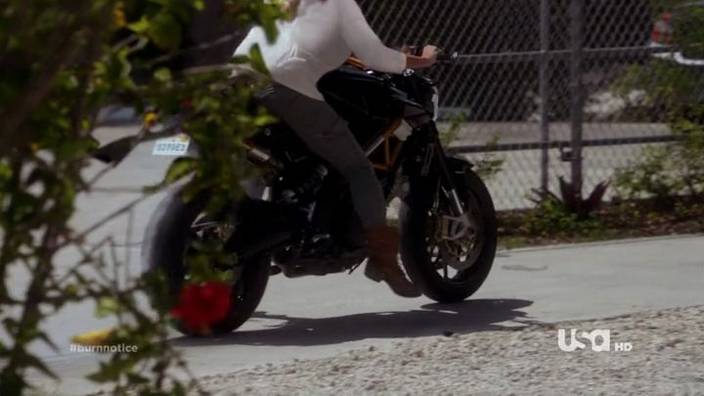 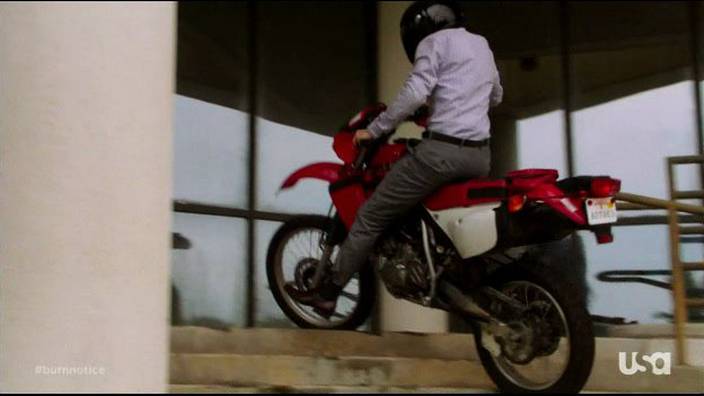