Jim Brannigan is sent to London to bring back an American mobster who is being held for extradition but when he arrives he has been kidnapped which was set up by his lawyer. Brannigan in his American Irish way brings American law to the people of Scotland Yard in order to recapture this mobster with both a price tag on his head and a stuffy old London cop to contend with. 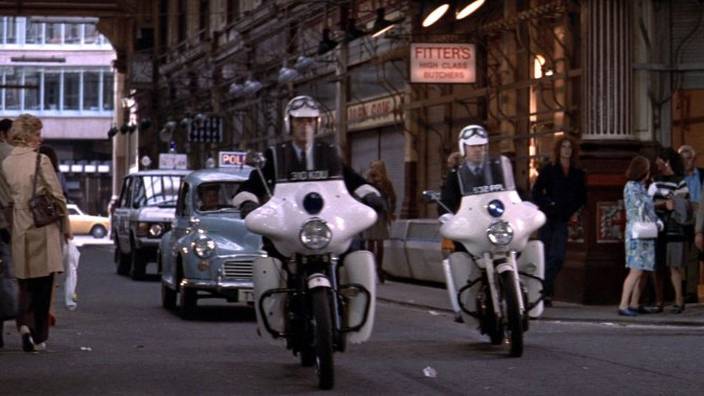 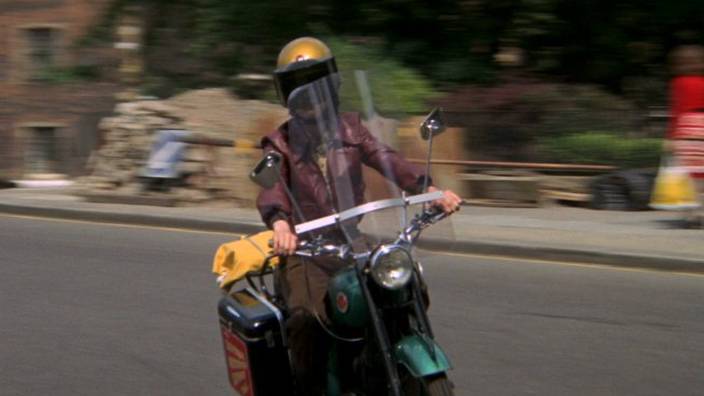 I'll go for James Cadet (1957-) http://www.simplywizard.co.uk/folders/level3/l15.htm (*more closer, tank badge is visible ) It's a long time since I've seen this movie, is it the one where a young Baldrick (Tony Robinson) ends up in the drink?