Officer Frank Murphy, an experienced LAPD helicopter pilot, is given command of the advanced new "Blue Thunder" chopper. But he begins to wonder why the LAPD would need a helicopter so powerful and why it is such a secret. 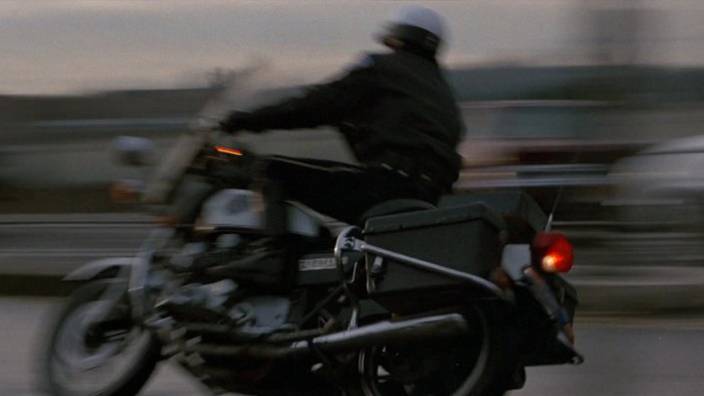 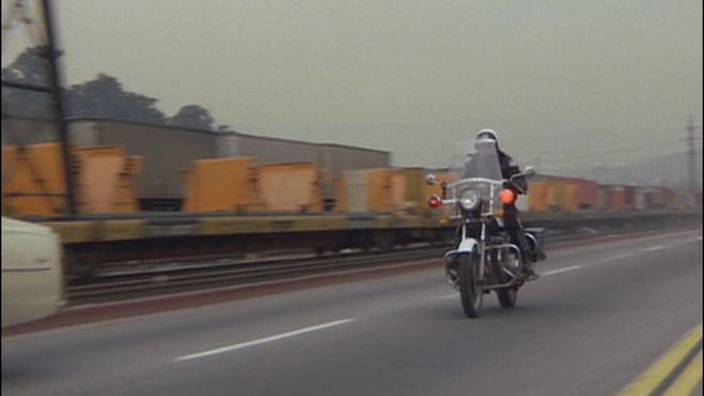 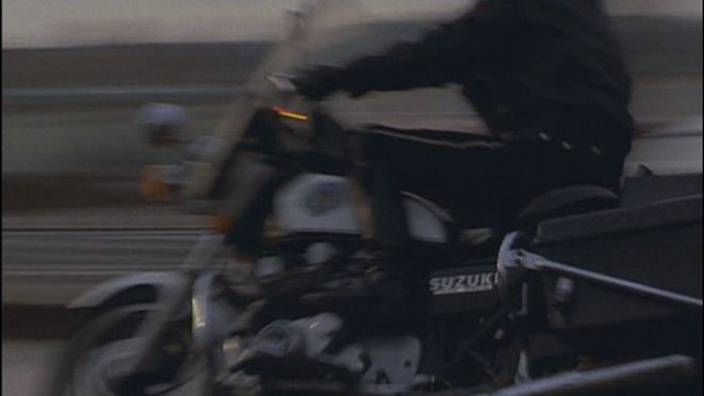 GS1100 probably - about 1980 on. deleted comment The stunt man on the bike actuly broke his Ankle in this scene

This movie was shot in California in 1983. I'm not aware of Suzukis being used there as police bikes at that time. In '83,if they were not Harleys, police bikes would usually be Kawasaki KZ1000P's. I might be wrong (quite possible!), but I think this Suzuki is a one-off motorcycle made specifically for this movie. If the bike was to be crashed (I haven't seen the movie!), I doubt the production company would have been able to get a real police loaner bike. And, why does the "cop" or stuntman have his foot resting on the engine case and not on the floorboard?