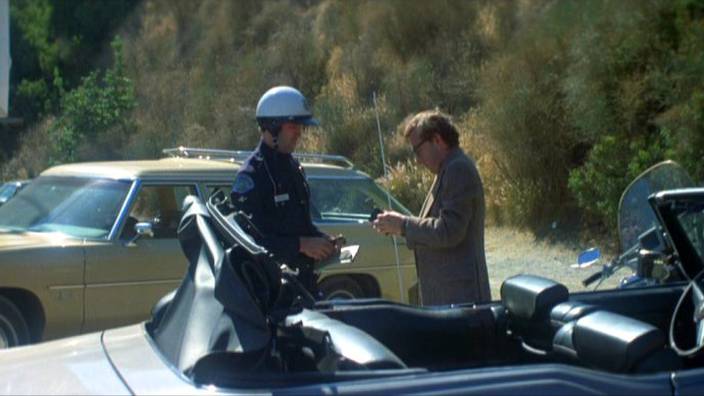 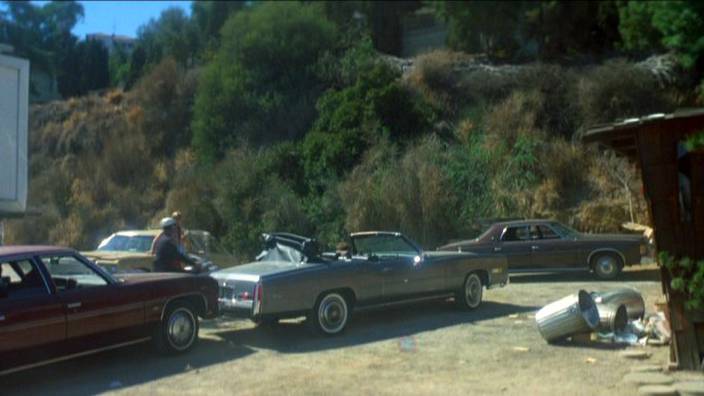 When Woody starts bumping into the other cars, this cop turns up on this bike, with the siren on. Unfortunately the view of the bike as it ride up is blocked by the cars. could it be a honda? This part of the film is set in Los Angeles, so that's an LAPD cop. The station wagon is a '76 Chevrolet Impala. On the other picture, the red sedan is a '76 Chevrolet Caprice Classic. The convertible is ' '76 Cadillac Eldorado. A priori, Harley. Mais alors là, record de photo "à la con" pulvérisé. On ne voit qu'un bout de guidon, et il faut identifier avec ça? What bike did the LAPD use during this period? Kawasaki, I believe Harley-Davidson FLHP