Anchorman: The Legend of Ron Burgundy

Ron Burgundy is San Diego's top-rated newsman in the male-dominated broadcasting of the 1970s, but that's all about to change for Ron and his cronies when an ambitious woman is hired as a new anchor. 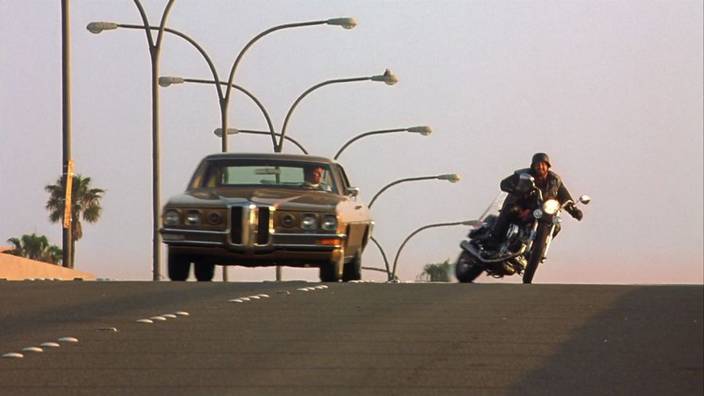 Might be a V twin Yamaha, but then again I can't see a second exhaust pipe and it might be smaller single cylinder bike being used for the stunt. Looking at the thumb pic the style of front wheel spokes confirms it is a Yamaha - I think.

Hilarious scene. Flying burritos, dogs being punted off a bridge, Ron oblivious to reality. It has it all.