Set in the year 2022, a group of convicts sentenced to life in prison are led on a mission into uncharted deep space by Commander Skyler (Williams) to salvage a lost ship. As incentive to go on this dangerous mission, the convicts are given the opportunity to spend their weekends in a virtual reality world where they could live out their sexual fantasies with any woman they choose. However, a woman who is not part of the program appears in it (Scoggins), kills each virtual woman and seduces each convict. When she begins to appear outside the program, the men quickly turn on each other. 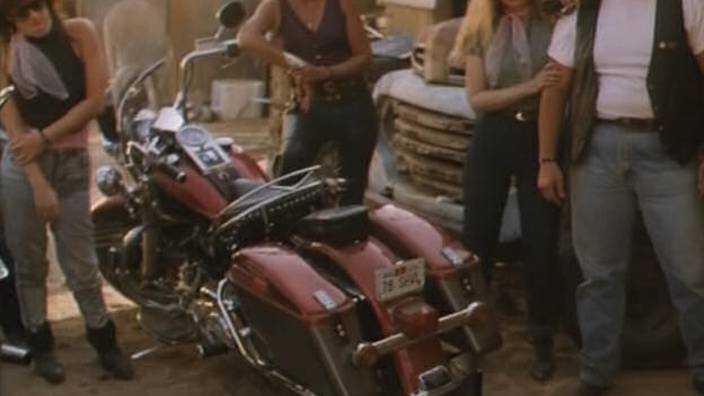 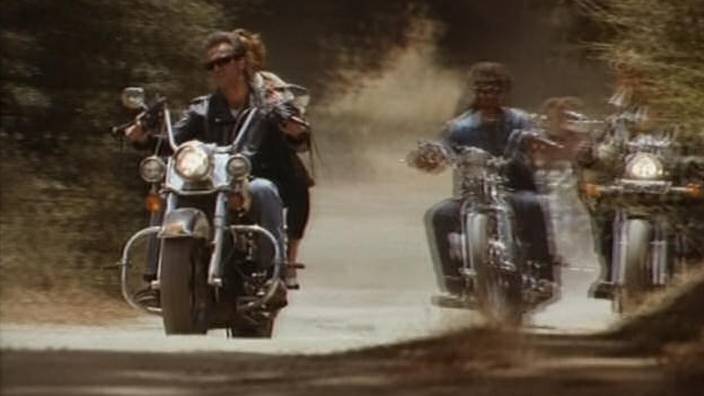 On the left. Harley Davidson 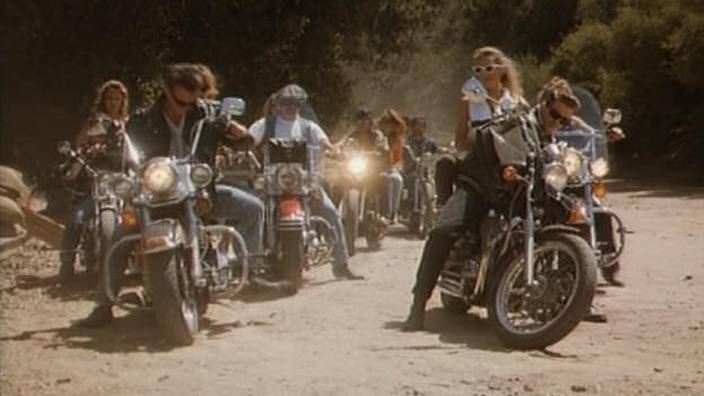 On the right. Other view: another Harley davidson (probably a 'Sportster' of some type.!) big picture: leftside Harley-Davidson Heritage Softail Classic Evolution and Harley-Davidson FLHS Electra Glide sport Evolution right side: not a Harley-Davidson Sportster, its Nippon made. small pictuere: yellow Morris Minor and a Nippon -bike.