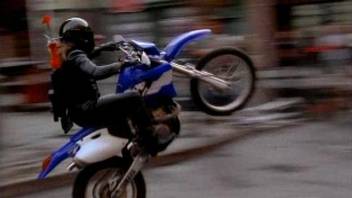 The Dukes of Hazzard: Hazzard in Hollywood

Ya right, Daisy! I don't think so. This was a goofy and not very believable plot idea that was started in the first "Dukes" reunion movie, and then was continued in this one--that Daisy is now this wild motorcycle rider. It was just dumb, and not really "Daisy-like". They should have had her get another, restored yellow Plymouth Roadrunner and/or Satellite...as a true ode to the beginning and how it all started. Poor Catherine Bach had also gained quite a bit of weight when she had her kids (before either reunion movie) and she couldn't quite lose it for either movie. So, that also did not add to the supposed "coolness" of her racing around on a stunt-type motorcycle. Don't get me wrong...I love Catherine Bach and her character of "Daisy!" I also don't really care about the weight gain either...you can't expect her to look 25 forever! Cathy Bach will always be Daisy Duke!! But, the motorcycle thing was just stupid and did not fit her character. Besides...'ol Miss Tisdale (the elderly postmaster) in the original show was who "jokingly" raced around on a motorcycle through Hazzard. But that was supposed to be for comic relief during an episode. I don't really view Daisy as "comic relief" in any way, form, or manner. 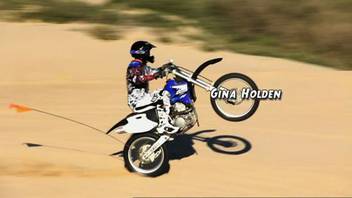