The engine was a air cooled single cylinder, four-stroke. Fuel was supplied via a membrane.

Stopping was achieved via single disc in the front and a expanding brake (drum brake) in the rear. The front suspension was a showa 41mm while the rear was equiped with a monocross The bike weighs just 130.0 kg (286.6 pounds). 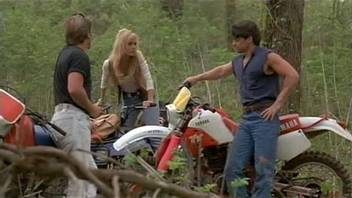