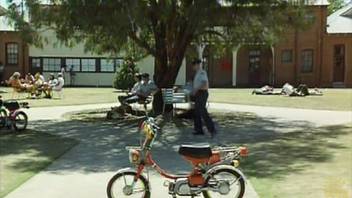 Prison guard leaves the bike parked across the path where the "blind" prisoner is walking to see if he walks around it, so he deliberately walks into it, knocking it down, then proceeds to kick, smash and then pickup and throw the bike, all to the applause of the other prisoners. I thought it was a Honda at first but in the third thumbnail you can see Yamaha printed on the seat Suzuki did something very similar called an FA50. I imagine the Yamaha model name will be something like it. Yes I can't see it being much bigger than a 50cc Postie bike style? Posties now use Honda CT110s but maybe they used Yamaha's in 1981 That's possible This is much smaller than what posties use - yes they use those little Hondas here in NZ too. This wee Yamaha would struggle with anything more than just a light rider on it. 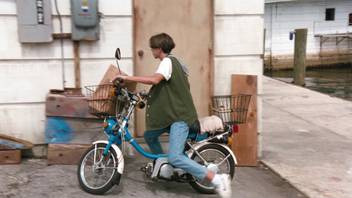 Honda Roadpal(that was its name at home)of '70s Otherwise Suzuki F-Series or Yamaha Carrot Not a Honda. I know nothing about carrots

Yamaha QT50 Yamahopper (1979-87) "Yamaha Carrot" is base model of Yamahopper, for domestic and some export market. 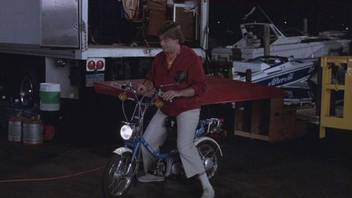