The Yamaha Maxam is a single cylinder, four-stroke scooter motorcycle produced between 2015 and 2015.

The engine was a liquid cooled single cylinder, four-stroke. The engine features a 10.8:1 compression ratio. Fuel was supplied via a double overhead cams/twin cam (dohc).

The bike has a automatic transmission. The final drive was via shaft drive (cardan). 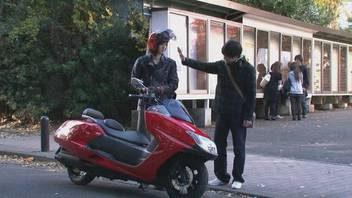