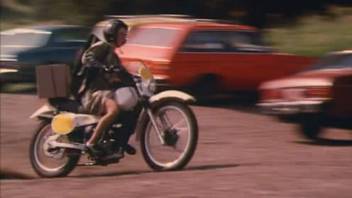 The 1974+ Opel 1900 Wagon should be listed, too, as it's a real rarity. I am surprised you don't have the show Ingo , you would surelly have spoted it and submit it yourself a so "car centric" show wil never exist again unfortunatly Naah, I even haven't watched it, when it was aired in the 80ies. It was too dull and boring, the always same chases along the always same roads with the always same stupid cops. the scripts were bad, even the actors said this but come on this days you don't get a single decent car chase in a TV show because they probably can't afford it while in Dukes you always had 3-4 per episode in that spectacular drift style Pffhhh, ... "spectacular drift" ... - every moron can make that with a RWD-car on gravel or dusty ground they made a lot of chases on asphalt too not just gravel and I think you forget most of those cars didn't have power steering you can see the stuntmen really have to work those big steering wheels like on the Charger Power steerng was standart equipment on most of US cars since 50s.