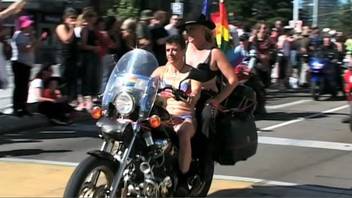 Not a Harley, maybe a Yamaha? Looks like the Sydney Mardi Gras parade. its a modified Yamaha Drag Star..although in the US its marketed as a V Star...in case someone should mis stake it for a cross dressing man!! (true)..political correctness for you!..underneath all the added on stuff it looks like a 650A ..interesting fact..the Yamaha Drag Star range (particularly the 650A Classic model) is simply a modern Japanese version of the old Wartime Harley davidson...in the case of the 650A Classic, if it wasnt for the YAMAHA cast into the engine block it could easily be misstaken to be 40 years older than it actually is. A friend of mine had a 1995 model in silver over black and everyone thought it to be a 40s Harley!

Filmed in Melbourne. Funny, a drag queen on a Drag Star 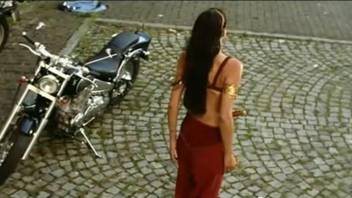 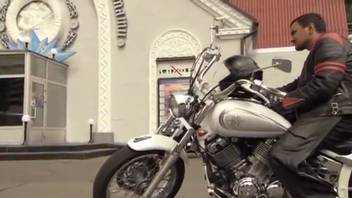 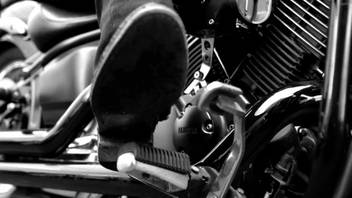 Nah, it's an XVS Dragstar/V Star of some sort with aftermarket pipes. It has footpegs rather than boards so I'll go for 650. 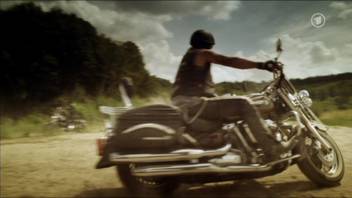 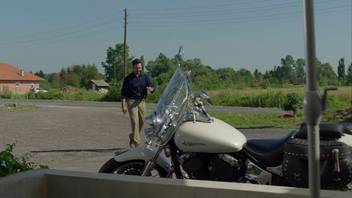 Not a Harley - wrong cylinder angle. 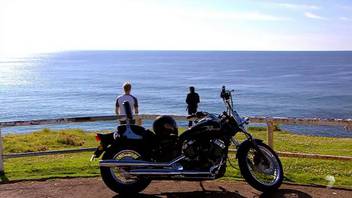 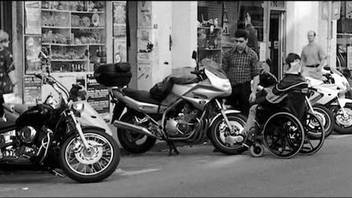 The first at the left Yamaha Drag Star 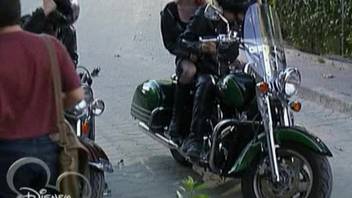 Kawasaki Vulcan Nomad, I think. My uncle had one. Looks like it has a radiator, that's what makes me think Kawasaki. 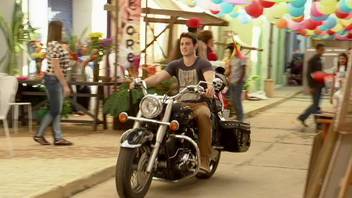 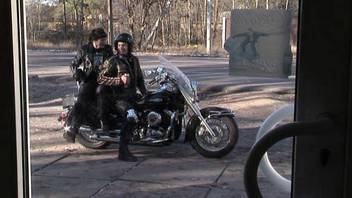 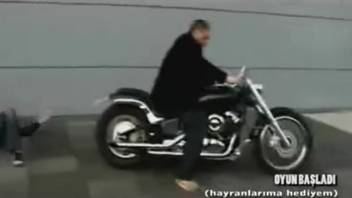 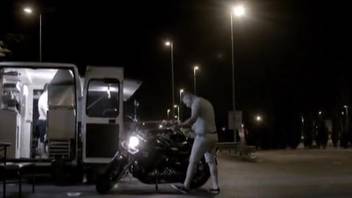 Milano in the Cage 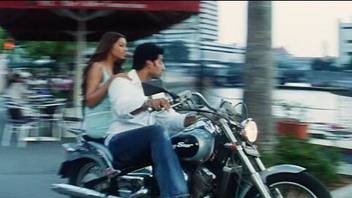 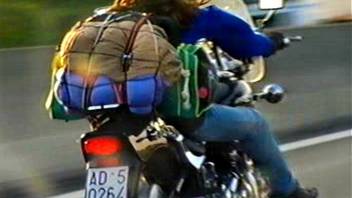 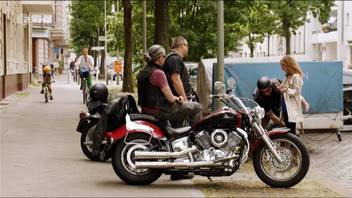 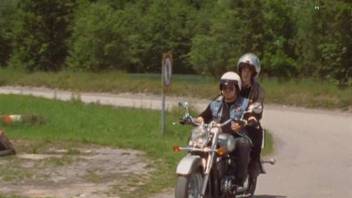 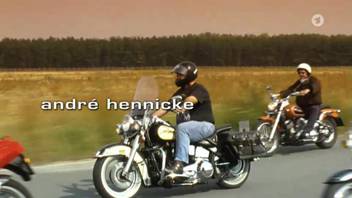 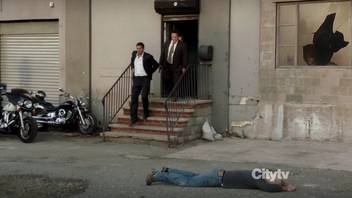