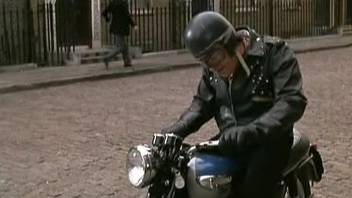 Carry on at Your Convenience

Triumph Triumph 650: www.jwoodandcompany.com/2003/lots/1968triumph650.JPG T 120 Bonneville The tank badge tells us that this bike is 1966 or later and the fact that the ignition switch is on the headlight ear and the colour tells us it is a 1968 TR6 Trophy. 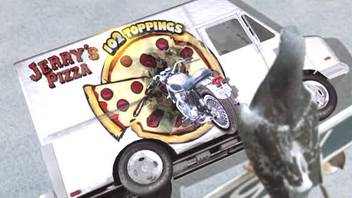 Confessions of a Teenage Drama Queen

Bike is described as an "English Triumph". Other view: /vehicle.php?id=24491 Added new 103 toppings ...May be US export model of Triumph Bonneville around 1970, but I think it's CG Even if the scene is obiously computer-generated, the bike looks like the photo of a real one (as a guy is on it, cf link in my previous message) I didn't imagined that it was a paper animation.

That shape of tail light first appeared in 1965. This bike, with the blue stripe on a painted white fender is a 1966 TR6 Trophy. 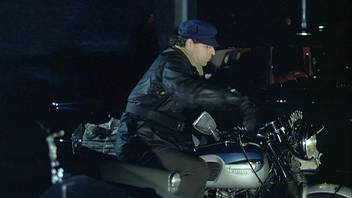 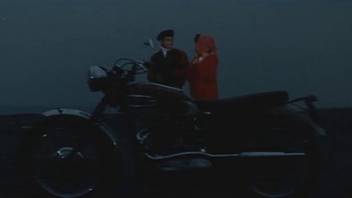 With rather hideous auto adjust colors and sharpening: Notice what seems to be a 2-in-1 exhaust. It must be a Triumph. Probably a 6T Thunderbird, with a "scrambler touch". Correction: it is a Triumph. Still searching for the model, though. I'm now almost sure it's a Triumph TR6 Trophy. Still looking for the date and the sub-type. A TR6/B Trophy, very likely

Triumph is sure. TR6/B Trophy is probable. 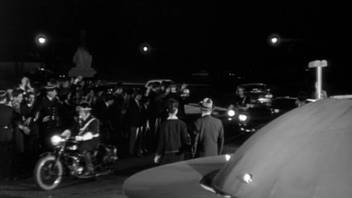 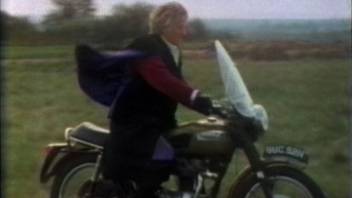 Used by Mike Yates to chase the helicopter in Ep. 3 of "The Dæmons." The Doctor also uses it to go and meet with the Brigadier. License plate is BUC 52H. The vehicle details for BUC 52H are: Date of Liability 01 10 1988 Date of First Registration 26 02 1970 Year of Manufacture Not Available Cylinder Capacity (cc) 650cc Fuel Type PETROL Export Marker N Vehicle Status Unlicensed Vehicle Colour NOT STATED 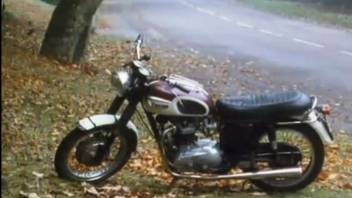 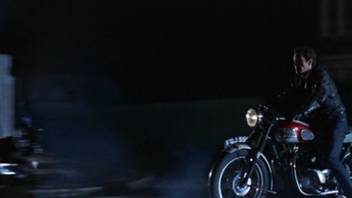 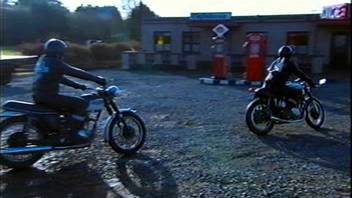 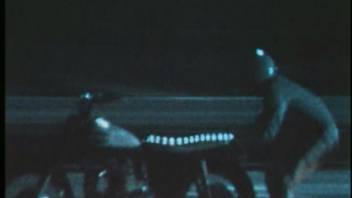 Triumph Trophy TR6(probably SC model), unfortunately it's impossible for me see from which year. 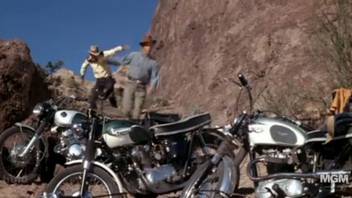 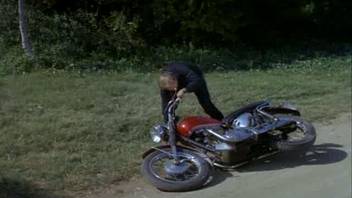 confirm, Triumph we could see the push rod tunel in front of the barrel 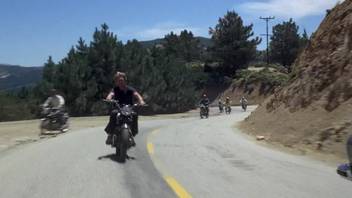 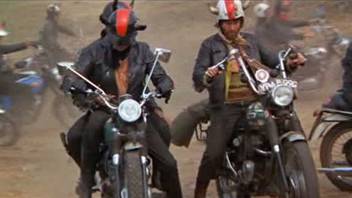 Is that a G plate? Year? Looks like a Triumph TR6 Trophy. 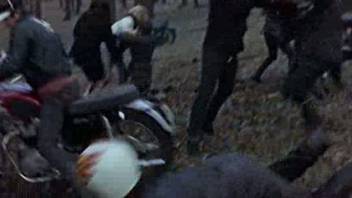 Not a Bonneville as it is the wrong colour. It is a 1964 Trophy TR6 http://www.aceclassics.co.uk/restoration 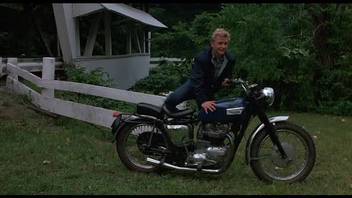 Where the hell are Jun and Jplemoine when you need them??!! Maybe they sleep, you just added that one Don'y know anything about bikes, but there seems to be quite obvious a Triumph logo on the tank... It is a unit construction twin from the sixties but it has had struts put in place of the rear suspension units to make it a 'hard tail'. Looks to have only a single carb so is not a Bonneville. Maybe a Tiger 650? Good morning (I'm back home now ) Based on '69- Bonneville T120. 'Hard tail' as nzcarnerd says and front section is older leading/trailing drum brake. http://www.mrmini.com/minis_4sale/bikes/bonny%202_l.jpg

As I said first time round it has a single carb so is not a Bonneville. The front end is from an earlier model - no later than 1967 and the motor doesn't have the exhaust crossovers so is no later than 1968 but the tank badge suggests 1969. It probably started out as a 1967 TR6. 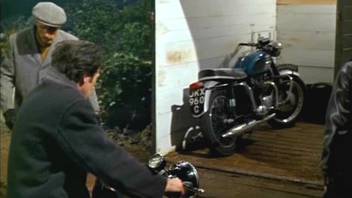 My brother bought this bike in about 1968, it is definitely a Bonneville 650cc.