The engine was a liquid cooled in-line three, four-stroke.

Stopping was achieved via dual disc in the front and a single disc in the rear. The bike weighs just 215.0 kg (474.0 pounds). 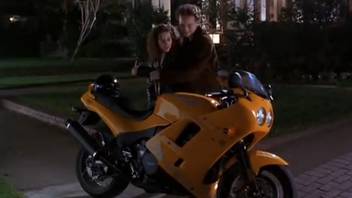 Elementary mistake - it's a Daytona, not a Sprint.