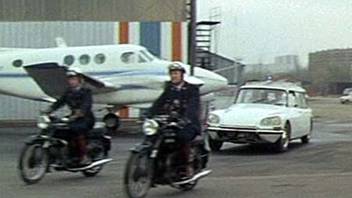 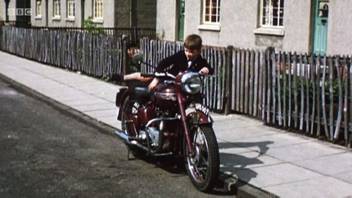 Triumph Speed Twin. Probably 1949 as it has the headlamp nacelle but is without the sprung hub rear suspension. 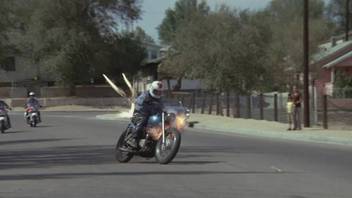 Can we blow this one up a bit bigger? I think it is an early '50s Triumph. Thanks for that. Yes Triumph. As it has a rigid frame it should be late 1940s and will be 500cc. Call it a 1949 Triumph 5T and see if we get a reaction from someone who can be more precise! 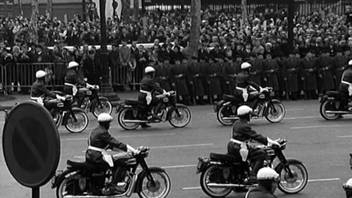 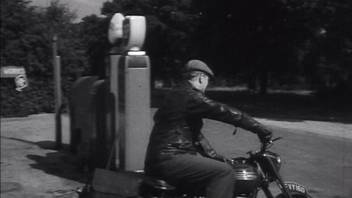 I think it says Triumph??

UK location means it is more likely to be a Speed Twin than a Thunderbird. 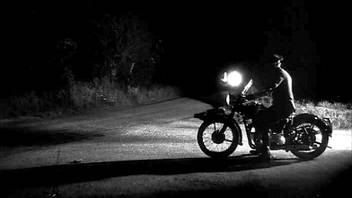 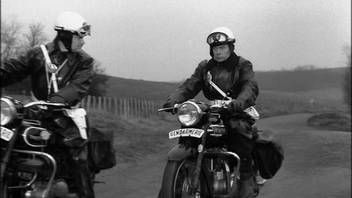 À cause, à cause d'une femme 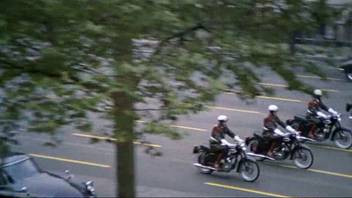 Probably Speed Twins - 5T - but they could also be 3Ts. 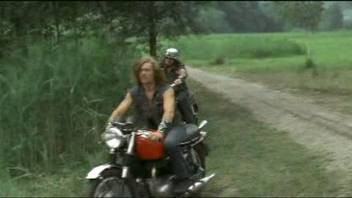 It is the smaller (500cc) Triumph twin but can't see enough of it tell which model. It has non-original bars and fuel tank. 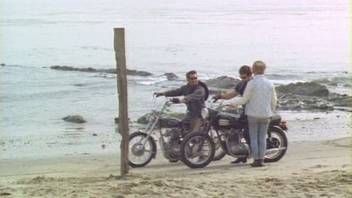 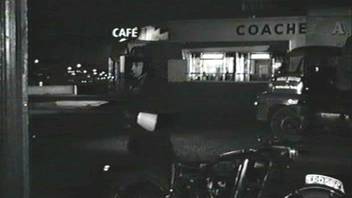 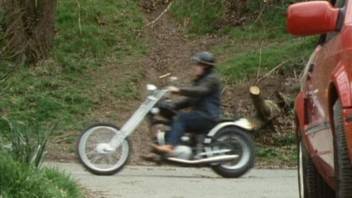 Even though it is very blurred picture we can see enough of the engine to see that it is a Triumph 5T, although the rest is very-much customised. 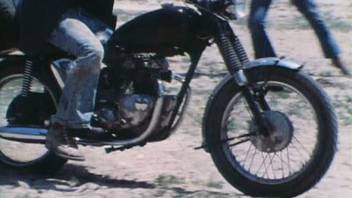 Trip with the Teacher

Due to the shape of the engine/gearbox- Triumph? 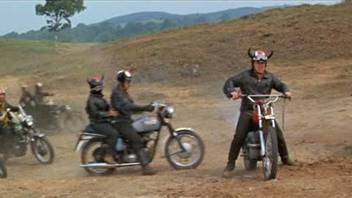 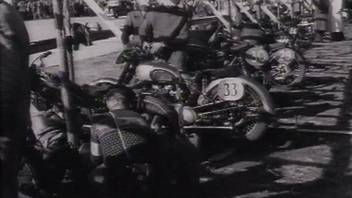 Triumph Speed Twin. Distinctive appearance of the top of the engine. A post WW2 model as it has telescopic forks.